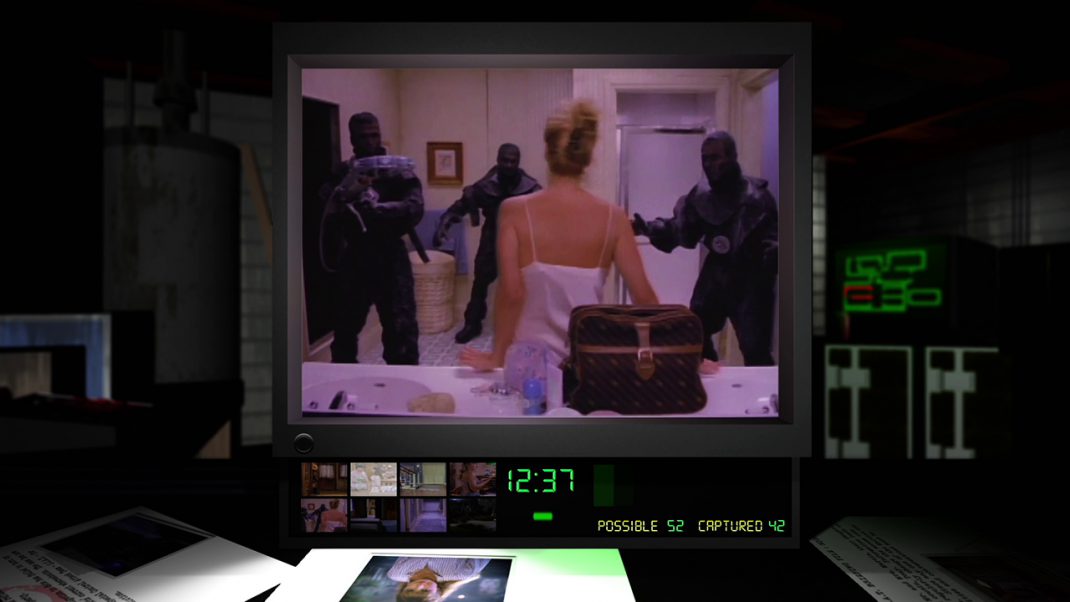 Back in the 1990s, I had made the jump from the Nintendo Entertainment System to the Sega Genesis.  I loved my Sega Genesis, and to this day it is still one of my favorite consoles that I have ever owned.  I did own both the major peripherals for the Genesis; the Sega CD and the Sega 32x.  It was the Sega CD that really added more life to my Genesis by showing me just how much better the CD medium was for video games.  One game in particular that I had during this time period ran into a massive amount of controversy, and that is Night Trap.  Screaming Villains have developed and published an anniversary edition for Night Trap, but how does it compare to the original and to today’s standards?

The story of Night Trap is an interesting one.  You are a member of S.C.A.T. (seriously, that’s the acronym they went with), the Sega Control Attack Team, and begin the game by being briefed on your next mission by Lt. Simms.  Simms tells you that S.C.A.T. (chuckle) is investigating the mysterious disappearances of five young girls near the Martin Winery Estate.  These missing girls were last seen staying the night at the Martin Estate with the Martin family, Victor, Sheila, Jeff, Sarah and Tony.  The police have handed the case over to S.C.A.T. (hehe), where Simms identified a series of traps and cameras within the house.  Simms and his team have hacked into this system, and have given access to you.

When the player gains control of the game, there are five more girls heading to the Estate; Kellie, Ashley, Lisa, Cindy and Megan.  Kellie is an undercover agent working for Simms and will be feeding you information as the game goes on.  What S.C.A.T. (tee hee) doesn’t know is that the Estate is filled with Augers, vampiric entities that need blood to survive.  You are to keep tabs on everyone in the house via the camera system, use the traps to protect the girls and trap the Augers, and keep track of the changing security code that is needed to have access to those traps.  The ending is variable, depending on how many and which girls you end up saving, or allowing to die. 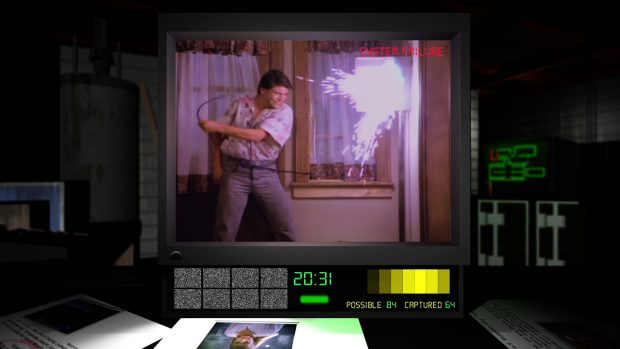 So, Night Trap really comes down to managing a few systems and watching camera feeds to keep track of where everyone is and what Augers you need to trap.  Using the updated HUD for the re-release (you can change your HUD depending on what version of the game you wish to play), the room cameras will show live feeds of the rooms whenever a character or an Auger enter them.  When the room is dormant, you will just get a standard look of the room.  By clicking on these rooms, the main display will focus in on that room and you will get audio.  This becomes vital in learning which color the security system is currently locked into.  The Martin’s will change the security system at set times, so you must listen in to these conversations to learn what the new color will be, but you will have to wait until the actual system has been changed to use that new color.

The importance of staying up to date on the security system is a vital one, it allows you access to the trap system.  When you have a room focused on and see an Augur, you will have a proximity light that will blink.  Green means no one is near the trap for that room, yellow means they are close, and red is the perfect time to spring that trap.  If you are keyed into the current color system, then the trap is sprung and removes the Augurs from the game, while protecting the girls.  Night Trap does a pretty good job in allowing you to have some time getting used to this system, and won’t throw any girls into danger immediately, but you will need to protect those girls eventually and will need to practice your timing, or you may snag a girl in your trap as well.

Night Trap was one of the first full motion video game that I can remember playing.  The entire game is produced by using actors and sets, like a television show, but allowed the player to switch scenes via the camera system, and contained alternate scenes, depending on what the player was able to or not able to accomplish.  Night Trap featured a full cast of actors, mostly B movies level individuals, who pretty much acted the entire game poorly.  Dana Plato, who played Kelli, was the biggest start of the bunch having worked on Diff’rent Strokes.  She is the best thing about this game, acting wise, and even then she wasn’t all that good.

Night Trap looks like a bad late 80s sitcom, as seen through the infancy of CD rom video games.  The sets all look like you have seen them before on a television show, and the original video quality was ok at best.  The anniversary edition does a good job in cleaning up the video quality, so it does look better today than it did in 1992.  Night Trap acts as a time capsule to the early 90s, both in video game design, testing out new technologies, and in the aesthetics of the era in terms of houses, clothes, and language. 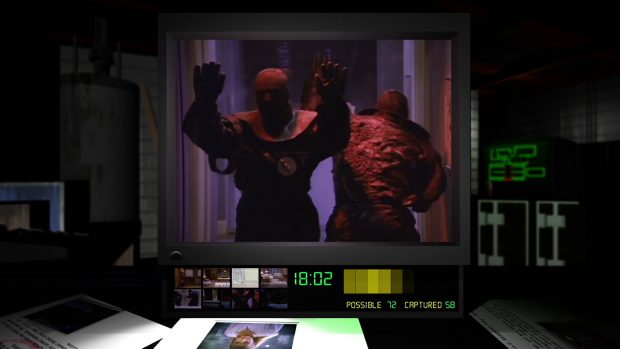 We can’t talk about Night Trap without talking about the congressional hearings on video game violence which took place back in 1993.  Night Trap, along with Midway’s Mortal Kombat, were the two major examples that the government used to talk about the “disturbing” trend of video game violence.  Night Trap was cited for the violence and promoting sexual aggression towards women.   Congressmen Joe Lieberman and Herb Kohl led the attack against these games, even though Lieberman himself admitted to never having played Night Trap.  These hearings eventually led to the 1994 decision to institute the ESRB rating system that we have today.

During the first two weeks of the hearings, Night Trap sold 50,000 units before finally being pulled from the shelves at Toys R Us and Kay Bee Toys.  By January of the next year, Sega had pulled Night Trap from the market.  After the controversy subsided, Night Trap has been re-released a multiple of times on the 3DO, Sega 32x, MS DOS, and MAC OS.

Night Trap was an okay game back in 1992 that probably would have slipped into forgetfulness if it hadn’t been for the Congressional hearing.  Because of those hearings, Night Trap sold far more copies then it would ever have by itself and drew much more spotlight on a fairly mediocre game.  Night Trap 25th Anniversary Edition is nothing short of a collection of everything Night Trap related for those of you that really liked the original game, or are interested in a small piece of video game history.  The game itself is fine, you will have some fun playing it a few times before getting bored with it.  The game does not randomize the rooms or the scenes, so once you’ve memorized the pattern that is it.  The good thing is that this anniversary edition does come with a ton of other things as well, including alternate game modes, deleted scenes, and the documentary about the congressional hearings.  This is a very specific type of game, you either are interested in it or you won’t be.  For me, it’s well worth the $15 price tag to take a small wander down memory lane and see a game that got so much attention during the early 1990s.  The most ironic and funny bit?  It has been rated “T for Teen” by the ESRB today, so I guess it wasn’t as violent as the congressmen thought, eh?  Night Trap 25th Anniversary Edition is available now on Steam.