I am an old school gamer with a hoarding problem. I keep hold of my game systems, disks, and cartridges even when I go onto the next system that comes along.  So, even though I have a PS4 and an Xbox One, I also have an Atari 2600 system, two original NES consoles, a Super NES console… But I digress.  A big problem for my gaming is time. Time gives us room to make technological advancements and these advancements make playing those original consoles troublesome. For example, I’m not going to keep a CRT television around just so I can play an Atari or NES. There are some ways around this but these workarounds seem to come at the expense of visual quality and clarity.  Retro-Bit makes new consoles that accept old cartridges and disks, and utilize the latest and greatest connections and outputs. Enter: the RES Plus retro game console.

The first thing I noticed about the RES Plus when I pulled the system from its box is that it is only about the size of an NES cartridge.  That means for play at home or on the go it takes up very little space.  I can toss the RES Plus and a couple games in a suitcase and head out the door in minutes.  It also means that it can be taken from one room to another, plug it into an HDMI port and be right back into the game!  Or as I mentioned before if I am playing a game and it is time to head off on a trip I just grab the system and it is so compact I can put it anywhere in minutes.  If you are having a hard time getting enough room for an HDMI connection the system also works with an AV one.

The RES Plus is a top loader as apposed to the original NES, which was a front loader. Being a top loader makes it nice because, without even turning on the system, you can tell which game is loaded for play.  For transportation you might be a little more likely to disconnect the cartridge rather than leave it plugged in but that is really the healthiest for the cartridge and the system anyways.  Plus leaving your cartridge in during transporting was believed to be one of the main reasons your system would start having trouble reading games.  The original NES required you push the cartridge in until you couldn’t any longer then you pushed it down.  A lot of people would then leave it in that position when moving it around in the room or taking it over to a friend’s house.  Sometimes the cartridge would pop up due to being shook around instead of the ejection process and, as gamer rage is not a new thing, sometimes people would eject the cartridge roughly.  As a result, it got so players would have to delicately push the cartridge down into position JUST right to make it work… or there was the dreaded folded cardboard trick where you had to fold some up an place it between the cartridge and the top of the loading section to make it work.  No side plugging and engaging with the RES Plus, just push down the cartridge straight down in the top until you can’t anymore and you are ready to play!

One of my other favorite aspects of the RES Plus is the power system.  You can plug the power cable into a standard outlet and play away but sometimes when you are on the road the power outlets are far, far away.  Thankfully, with the RES Plus, the very end of the power cord detaches to allow you to plug into a USB port. In other words, you can plug it right into a USB battery like you might use to recharge your phone on a trip.  At that point your game play is only limited to the amount of juice in your battery. Brilliant!

The game system comes with two 6′ long cable controllers that are a variation of the original NES systems though you shouldn’t have any problem using other controllers like I have for my NES systems such as the NES Advantage, QuickShot, Zinger, you get the idea.

How is the quality? The quality is great! I played on my HD television display and was simply delighted by these classic games that I feared I may not ever get the chance to enjoy again in their full glory.

One of the best things about the system would be its price point, pretty much no matter where you buy it you get it for $40 new, picking up an actual NES with all its wear and tear will usually cost you more than that. 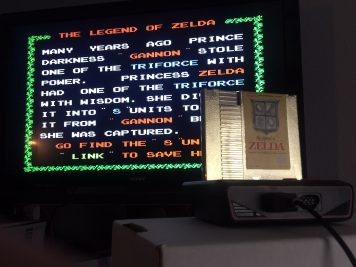 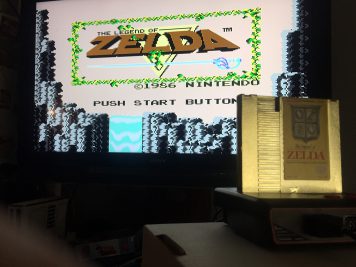 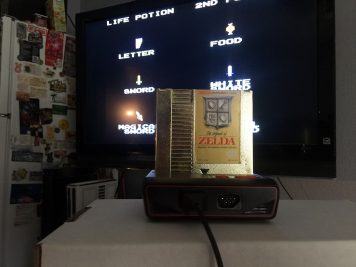 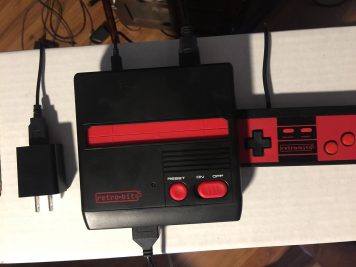 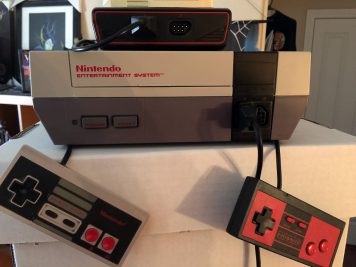 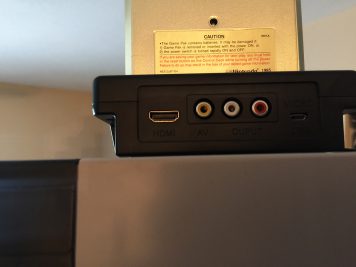 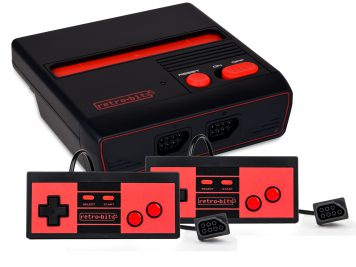 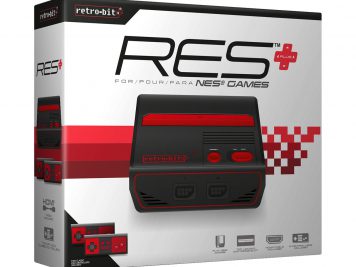 Game Over Man, For Now:

Retro-Bit has given old school gamers a gift when it comes to the RES Plus, one that is great at home and even better on the go.  This system will be a new part of my travels and will let me set my NES systems up on display somewhere instead of taking up space on my media center.  Now I just need to get ahold of the other Retro-Bit systems to make even more room on my shelves.