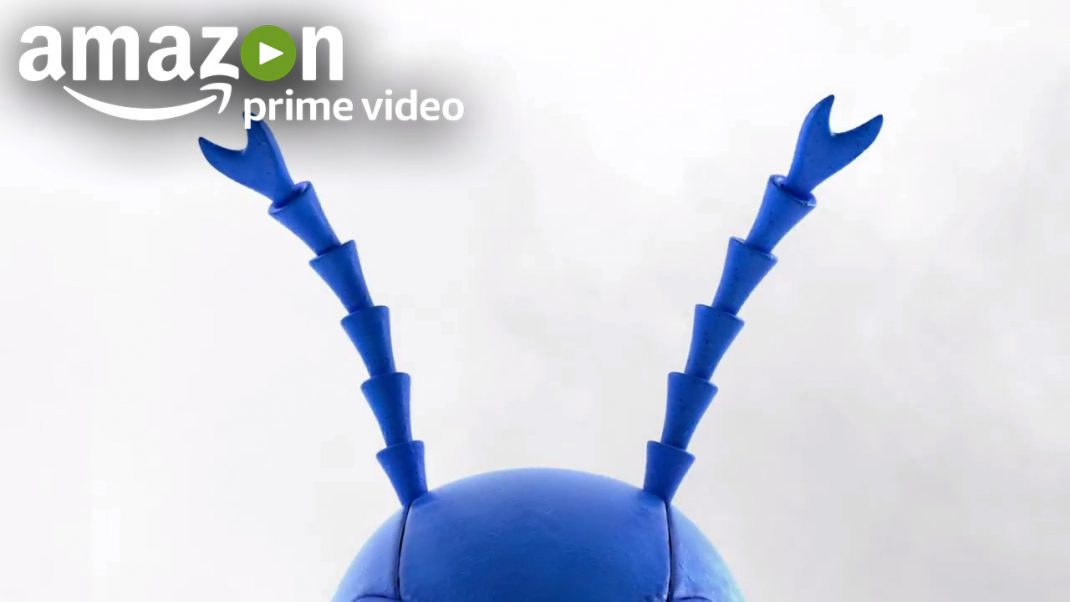 In addition to cast and creator panels, autograph signings and sneak peeks at all three series (complete schedule below), Amazon is creating an immersive Tick experience for Con attendees.

“Citizens” will have the opportunity to immerse themselves in world of The Tick at Amazon Prime Video’s Tick Takeover, a movie set level design experience positioned directly across from the San Diego Convention Center on MLK Promenade (on the corner of 1st and J streets). With fully built out buildings from “The City,” a twenty-foot tall animatronic Tick head, and “Easter eggs” harkening back to the show, The Tick Takeover is poised to give fans the journey of a lifetime. Additional details include a unique queueing experience, challenge-based scavenger hunt and the Amazon Prime Member Lounge.

In addition to the activation, Con attendees will be able to call upon the #TeamTick street team for help when they are in a bind. Need help with that selfie? Have a painful blister? Have no fear… Team Tick is here! In true Tick form, Team Tick will be taking to the streets of San Diego helping the helpless and defending the defenseless. Citizens seeking assistance from the street team need only flag down a member of Team Tick, adorned with blue antenna, to get help.

The Tick, a new Amazon Original, centers on an underdog accountant, Arthur Everest, with zero powers who comes to realize his city is owned by a global super villain long-thought dead. As he struggles to uncover this conspiracy, he falls in league with a strange blue superhero…The Tick! Join cast members Peter Serafinowicz (Guardians of the Galaxy, Parks and Recreation), Griffin Newman (Search Party), Jackie Earle Haley (Preacher), Valorie Curry (The Following), Yara Martinez (Jane the Virgin, True Detective), Brendan Hines (Suits, Scorpion), Scott Speiser (The Young and the Restless), Michael Cerveris (The Good Wife), and moderator Ralph Garman (Kevin and Bean Morning Show, Family Guy), and executive producers Ben Edlund (the creator of The Tick), Barry Josephson (Bones), and David Fury (Buffy the Vampire Slayer) for an exclusive world premiere screening of the second episode of The Tick followed by an audience Q&A. The Tick premieres on August 25 on Amazon Prime Video. The series is a co-production with Sony Pictures Television.

Danger & Eggs, a new Amazon Original for kids, follows the endless adventures of a fearless, teal-haired girl named D.D. Danger (Aidy Bryant) and her ever cautious best friend, a giant talking egg named Phillip (Eric Knobel). D.D. is always chasing her next big thrill and luckily for her, Phillip is always there by her side with jerry-rigged safety mechanisms to make her thrill-seeking dreams come true. Join moderator Chris Hardwick (Talking Dead, @midnight) as he talks with the show’s voice talent Aidy Bryant (Saturday Night Live) and Eric Knobel (Huge Theater), along with guest voice talent Charlyne Yi (Knocked Up), Jasika Nicole (Fringe), Stephanie Beatriz (Brooklyn Nine-Nine) and the show’s creators Shadi Petosky (Yo Gabba Gabba!, Mad) and Mike Owens (Yo Gabba Gabba!, Animaniacs), for a screening of an episode of Danger & Eggs and an audience Q&A. Danger & Eggs is available to stream now on Amazon Prime Video.

Niko and the Sword of Light

Niko and the Sword of Light is based on the motion graphic comic by Imaginism Studios, Inc., the studio behind character and concept designs for Tim Burton’s Alice in Wonderland and Men in Black 3, and Studio NX (The Carrot and Rabbit Show, Tree Fu Tom). Executive produced by Rob Hoegee (Generator Rex, League of Super Evil, Storm Hawks, Teen Titans) and animated by Titmouse (Motorcity, Metalocalpyse, Turbo FAST, Randy Cunningham: 9thGrade Ninja), Niko and the Sword of Light follows ten-year-old Niko who is the last of his kind in a strange, fantastical world. He must embark on an epic quest to defeat the darkness and bring the light back to his land. Armed with his magic sword, brave Niko journeys to the Cursed Volcano, making new friends and powerful foes along the way, all while uncovering secrets about his mysterious past. Moderated by Tom Kenny (SpongeBob SquarePants), join the show’s additional voice talent Kari Wahlgren (Kung Fu Panda: Legends of Awesomeness), Dee Bradley Baker (American Dad!) and Jim Cummings (Shrek), along with Rob Hoegee, Imaginism’s Bobby Chiu, and Studio NX’s Jim Bryson for a sneak peek and an audience Q&A.