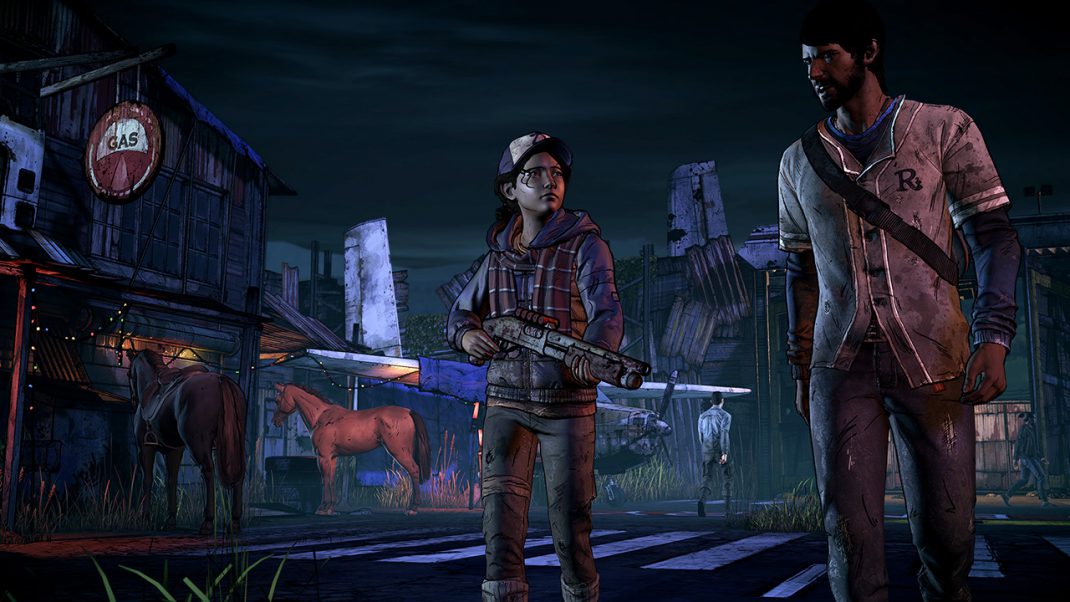 Few characters in recent years has warmed my heart quite as much as the female protagonist of Telltale Games The Walking Dead series, Clementine.  In the first Telltale Games TWD series you primarily played as Lee Everett, a convict that is freed by an accident on his way to prison.  He had gone to jail for murder after temporarily going insane seeing his wife cheat on him.  Not a bad man at heart, Lee meets Clementine and wants to help her survive in this harsh new world.  Being an eight year old in the new zombie wastes of Atlanta would have it perils, and not all of them the dead.  Lee and Clementine develop a friendship that while their group continues to go about surviving as they can. Lee helps raise Clementine into this new world and his teachings will follow her (and you, as the player) even to this new series.

Without spoilers, which is really hard at this point in The Walking Dead series as if you are playing this season you probably played the earlier ones, a few years have passed at the start of A New Frontier. While it was only a few months between seasons one and two, three takes place a few years later and doesn’t follow Clementine at first.  She is still the moral compass of the groups she has come in contact with but the compass is a bit worn and the rules of the zombie apocalypse have outweighed the bonds of friendships.  As would for most of us in the situation, the closer you get to someone the harder it hurts when you lose them and the less you want to feel that way in the future. 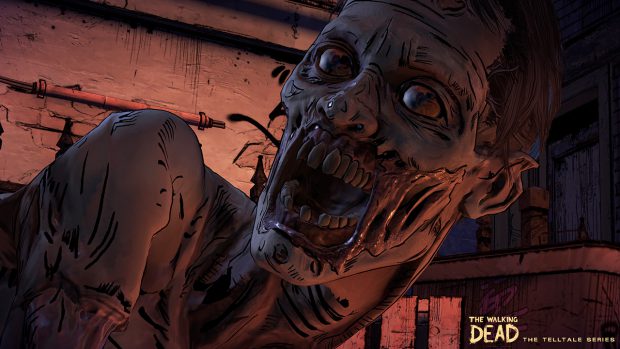 The game controls can be a bit confusing at first on the PC, when the marker on the screen is arrow up you can either use the arrow key or the W.  Basically all arrow directions can be played with WASD which is important and handy since during fighting battles you need to use the mouse as well.  At first I was wishing for a third arm trying to hit the mouse then arrow up then Q or E.  Blargh.

This game also has the option of Crowd Play which is when you tell friends to got to Telltale.com/crowdplay, give them a code for your game and they can vote on what they would do in the situation.  When the votes are tallied or the timer is up to vote it will let you know what the most popular one is so that that is your choice.  If you have some good friends with smart thinking caps this could turn out really good.  If you have friends who fall under the description of “arsehats” you may spend the next two seasons fixing the damage the managed to do in one.

I tend to wait until I get a whole season of a game then play it.  It isn’t intended that way, these games have cliffhangers you are supposed to wait a week to find out but once I start one or sometimes two game I don’t sleep until done.  So here’s the deal: get all three seasons of Telltale Games The Walking Dead series because you will like them all. If you are a fan of the show or a devout reader of the comics, this is your bag baby. These are basically motion comics where you choose your own adventure. I loved it and can’t wait to play their future offerings!