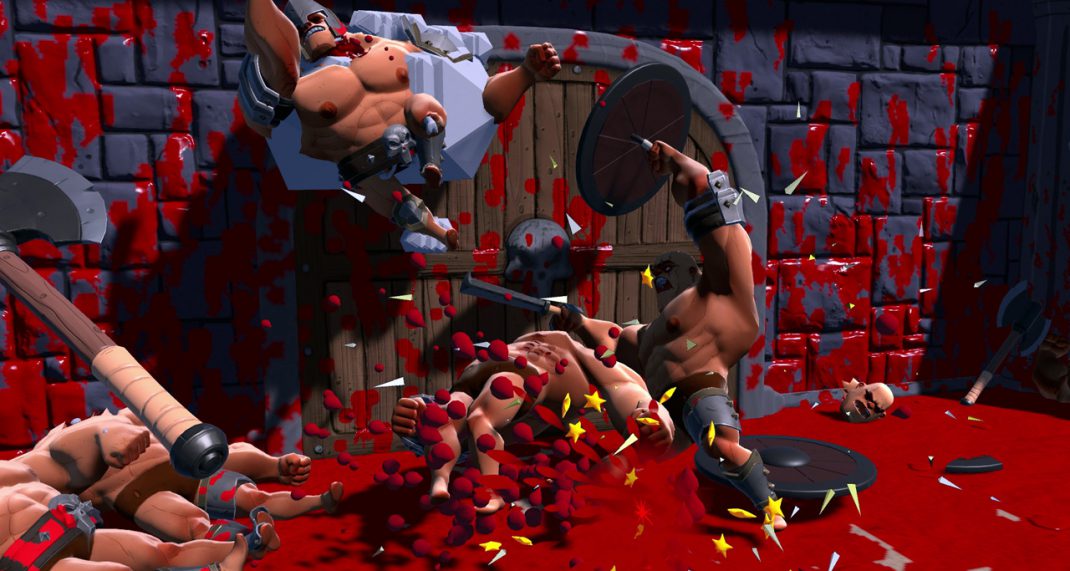 GORN is a ludicrously violent VR gladiator simulator, made by Free Lives, the developers of Broforce and Genital Jousting. Featuring a unique, fully physics driven combat engine, GORN combatants will be able to creatively execute their most violent gladiatorial fantasies in virtual reality. Savagely strike down an infinite supply of poorly-animated opponents with all manner of weapons – from swords, maces, and bows to nunchuks, throwing knives, massive two-handed warhammers or even your blood-soaked bare hands. The only limits to the carnage are your imagination and decency, in the most brutal and savage VR face-smashing game ever produced by man.

“The Devolver Digital VR Division spent over a half million dollars to research what consumers wanted in a next generation virtual reality experience and the results were unanimous – they want to rip off someone’s arm and then beat that someone to death with said arm,” said Devolver Digital CFO Fork Parker.