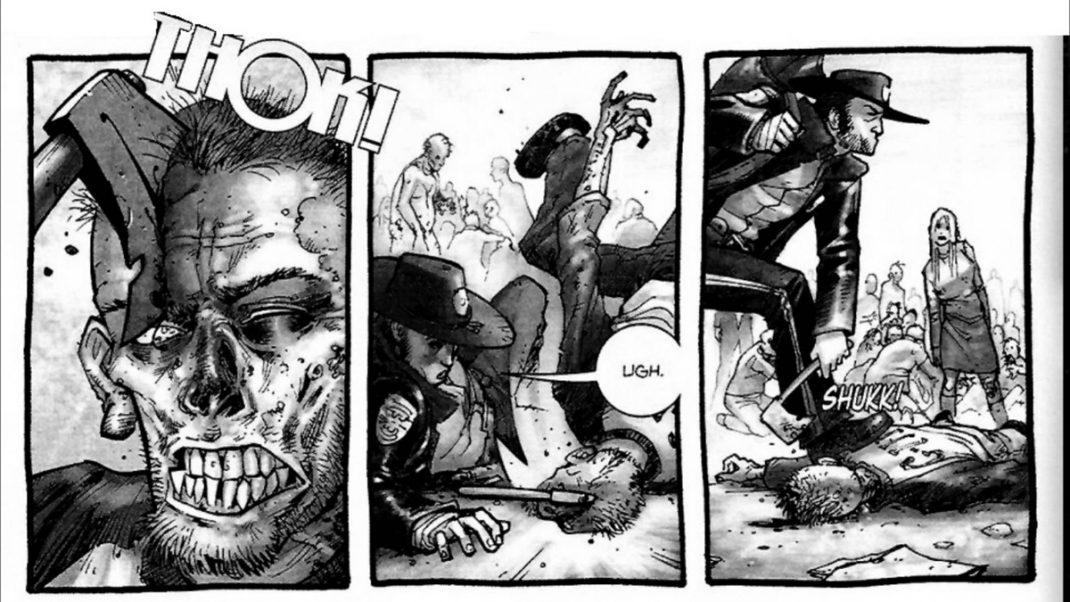 June 14, 2017 (Los Angeles, CA) – Skybound Entertainment, the creator-focused multiplatform entertainment company founded by The Walking Dead creator Robert Kirkman and David Alpert, has partnered with Skydance Interactive, a division of Skydance Media, to develop a number of original virtual reality video games based on the expansive world of The Walking Dead universe. The Walking Dead VR game will be the inaugural co-developed title from both companies.

In a multi-year strategy, the two companies are collaborating to produce an unparalleled gaming experience that will offer millions of fans and gamers the opportunity to engage, interact, and immerse into the post-apocalyptic world of The Walking Dead and its characters in virtual reality. The first game will feature an entirely new setting and cast of characters, which players will experience through an innovative contextual interaction system – a first-of-its-kind for The Walking Dead in VR.

“Skydance’s ability to build worlds and tell compelling stories matches with our goal to bring The Walking Dead fans new narratives and ways to engage with the world Robert Kirkman created, while staying true to his original vision,” said Skybound Entertainment CEO David Alpert and Skybound Entertainment Managing Partner Jon Goldman in a joint statement. “Skydance Interactive is the ideal partner for the team Dan Murray has created for Skybound Interactive.”

“The Walking Dead is an iconic phenomenon and it is absolutely thrilling to work with Skybound to bring its incredibly diverse cast of characters, settings, and storylines together into a complete VR game package,” said Skydance Media Chief Executive Officer David Ellison and President and Chief Operating Officer Jesse Sisgold in a joint statement. “Our goal at Skydance Interactive is to honor the visceral world that Kirkman has created while giving The Walking Dead’s fans something to really sink their teeth into with robust games that take the franchise to a completely new level.”

The Walking Dead has expanded from an Eisner award winning comic book series to captivate audiences around the world as the #1 show on television, a blockbuster game franchise, licensing business, and ongoing publishing success.

Skydance Interactive, a division of Skydance Media that launched in April of 2016, recently announced that its first original VR title, Archangel, will be available across all VR console platforms starting in July of 2017. Skybound Entertainment recently released its first original VR game, Giant Cop: Justice Above All with partner Other Ocean.