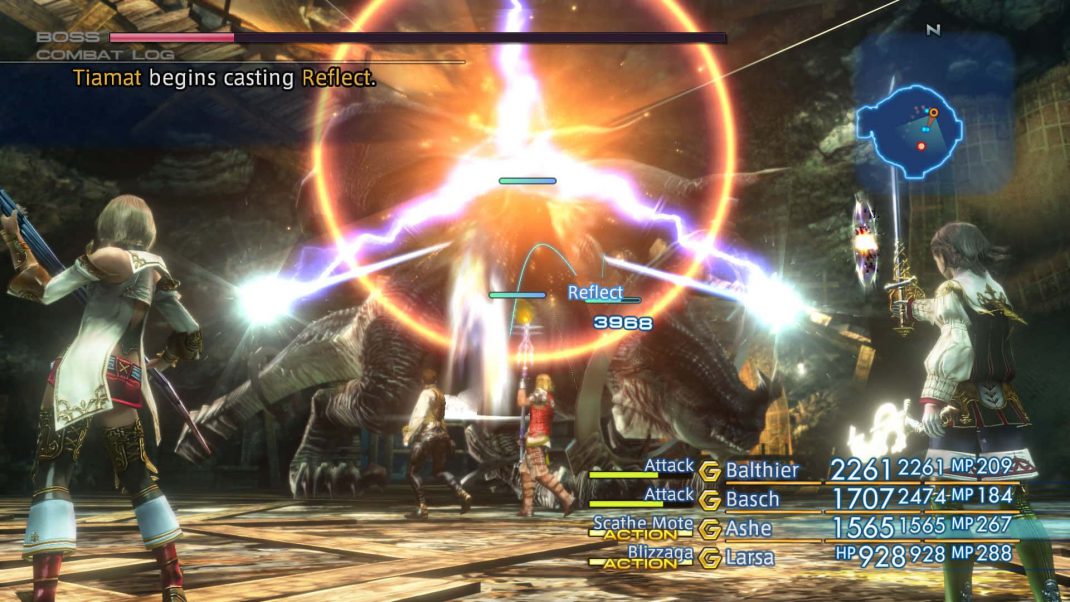 LOS ANGELES, June 13, 2017 — At this year’s Electronic Entertainment Expo (E3), SQUARE ENIX® is ramping up for an exciting show where fans can expect yet another impressive lineup of unforgettable games at booth #2001 in the South Hall of the Los Angeles Convention Center. First look and playable titles include FINAL FANTASY® XIV: Stormblood™, the second premium expansion for the critically-acclaimed MMO with over six million registered accounts worldwide, the newly unveiled team-based brawler DISSIDIA® FINAL FANTASY NT, FINAL FANTASY XII THE ZODIAC AGE™, the HD remaster of a series classic, and the next game in the award-winning episodic franchise, LIFE IS STRANGE™: BEFORE THE STORM.

Off the show floor, KINGDOM HEARTS fans can also look forward to the first official symphonic concert, the “KINGDOM HEARTS Orchestra – World Tour –” to celebrate the 15th anniversary of KINGDOM HEARTS. The tour will be making its last stop in Los Angeles at the Dolby Theatre on June 14th.

“E3 2017 marks the return of some of Square Enix’s most beloved games to experience in new and exciting ways from DISSIDIA FINAL FANTASY NT and Life Is Strange to FINAL FANTASY XIV Online to FINAL FANTASY XII as well as bringing brand new titles,” said Yosuke Matsuda, president and representative director of Square Enix Holdings Co., Ltd. “We are very excited to deliver a powerful line up of games at this year’s E3 as Square Enix continues to introduce innovative and engaging entertainment for gamers around the world.”

Square Enix will also host its perennial live online broadcast, “Square Enix Presents,” directly from its booth. Fans from all over the world can get in-depth look at titles showcased at the show and have a chance to interact with creators throughout the show.

DISSIDIA FINAL FANTASY NT
Platform: PlayStation®4 computer entertainment system
Developer: Square Enix/Team Ninja (Koei Tecmo)
ESRB: Not yet rated
Release: Early 2018
Developed in partnership with Team NINJA from KOEI TECMO, DISSIDIA FINAL FANTASY NT is the newly announced team-based brawler. The game pits legendary heroes and villains from FINAL FANTASY’s 30 year history against each other in epic and strategic 3 vs. 3 battles. Players will choose a team from a roster of more than 20 beloved FINAL FANTASY characters across ten iconic battle arenas and call forth fan-favorite summons. With a deep customization and progression system, players will gain experience points and unlock EX skills, weapons, skins and more as they develop their favorite FINAL FANTASY characters, their way.

FINAL FANTASY XIV: Stormblood
Platform: PlayStation®4 system, Windows PC, Mac
Developer: Square Enix
ESRB: T for Teen
Available: June 20, 2017
Stormblood is the second premium expansion for FINAL FANTASY XIV Online, one of the world’s most popular Massively Multiplayer Online RPGs with over six million players globally. The game continues the story of the Warrior of Light as they join the resistance and set forth to the vast land of Ala Mhigo, challenging new threats across Eorzea™ and embarking on numerous new quests. The expansion features a new level cap increase, multiple new jobs including the Red Mage and Samurai, exploration of underwater environments, battle system updates, new dungeons, and much more. Fans can experience a small taste of FINAL FANTASY XIV: Stormblood by challenging a new primal – Susano. Test your skills for a chance to win an exclusive T-shirt at booth #2001 in the South Hall.

LIFE IS STRANGE: BEFORE THE STORM
Platform: Xbox One®, the all-in-one games and entertainment system from Microsoft, PlayStation®4 computer entertainment system, Windows PC
Developer: Deck Nine
ESRB: M for Mature
Available: August 31 for Episode 1
LIFE IS STRANGE: BEFORE THE STORM features Chloe Price, a 16 year-old rebel who forms an unlikely friendship with Rachel Amber, a beautiful and popular girl destined for success. When Rachel’s world is turned upside down by a family secret, it takes their newfound alliance to give each other the strength to overcome their demons.

LOST SPHEAR
Platform:Nintendo Switch™, PlayStation®4 system and Windows PC (STEAM®)
Developer:Tokyo RPG Factory™
ESRB:Not yet rated
Available:Early 2018
Expanding on the beloved I AM SETSUNA™, the LOST SPHEAR™adventure begins in a remote town where a young boy, Kanata, awakens from a devastating dream to find his hometown disappearing. To stop the world from being lost forever, Kanata and his comrades set out to rebuild the world around them with the power of Memory by manifesting thoughts into matter.

MONSTER OF THE DEEP: FINAL FANTASY XV
Platform: PlayStation®VR system
Developer: Square Enix
ESRB: Not yet rated
Release: September 2017
In the completely new FINAL FANTASY XV VR game, MONSTER OF THE DEEP: FINAL FANTASY XV, players will explore the world’s oceans, lakes, ponds and rivers and participate in a wide variety of fishing challenges, witness stunning details only in PlayStation®VR, and reacquaint themselves with familiar faces like Noctis, Prompto, Ignis, Gladiolus, and more.

MOTOGP 17
Platform: PlayStation®4 system, Xbox One®, the all-in-one games and entertainment system from
Microsoft, Windows PC (STEAM®)
Developer: Milestone
ESRB: E
Available: July 11, 2017
The 2017 edition of the official MotoGP™ videogame brings all the adrenaline and the need for speed of the motorbike world champions with it. MotoGP™17 includes all the 2017 riders, teams and tracks, the new MotoGP rules, and the Red Bull Rookies Cup championship. This installment will reach 60 FPS for the first time, guaranteeing unprecedented performance and high-octane excitement. MotoGP is exclusive to GameStop in the US and channel-wide elsewhere.

MXGP3
Platform: PlayStation®4 system, Xbox One®, the all-in-one games and entertainment system from
Microsoft, Windows PC (STEAM®)
Developer: Milestone
ESRB: E
Available: June 20, 2017
The new MXGP edition, based on the 2016 season, offers the player a dynamic, ever-more enjoyable gaming experience thanks to a series of innovative graphics and techniques introduced by the new Unreal®Engine 4 graphics engine, which will take the game experience to a surprising new level. Hit the gas and get ready to tackle unpredictable, dynamic weather conditions in a competition which is unique in its genre. From sun to heavy rain, every change will decisively influence the rider’s visibility and the highly-deformable ground, putting even the most expert player to the test. And it is the ground which provides the greatest challenge: mud, dust, and dynamic deformations will be the master of all, while the sounds of engines running at full throttle, souped up with a brand new engine, merge with the ambient noise of chainsaws.

FLAME VS BLAZE
Platform: iOS, Android
Developer: Square Enix
Available: 2017
FLAME VS BLAZE™ is a fast-paced MOBA (Multiplayer Online Battle Arena game) for mobile devices with a twist: the team bases, called Reactors, come alive and the join battle! Players team up with friends or AI allies in 3-on-3 battles as they tame monsters, face off against opponents, and work together to destroy the enemy’s Reactor. The title is produced by Hironori Okayama (KINGDOM HEARTS Union χ) and directed by Yuji Abe (FINAL FANTASY XIII series), with character designs by Gen Kobayashi (THE WORLD ENDS WITH YOU®).

More information on Square Enix, Inc. can be found at http://na.square-enix.com/.