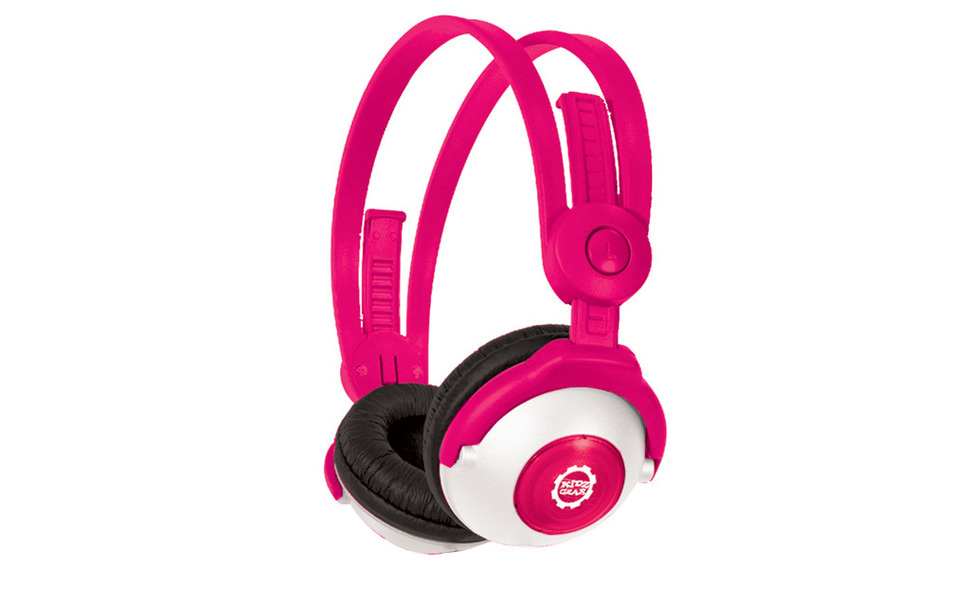 When I was growing up, the audio technology scene was very different. In order to get good sound from your music, and not have to place large speakers all over the room, one had to wear REALLY big headset cups that basically would fit one smaller version of a standup speaker in each ear. Additionally, you had to have enough cable to reach your favorite listening spot or move the listening seat or stereo system, etc.  Don’t get me wrong – it did result in some swinging sweet sound that people still cling to still these days but you can get that same sound in remarkably small sources with no wires required. One of these such headsets is the Kidz Gear Blue Freedom From Wires Headset with removable mic.

First off as the name implies it is aimed at the kids demographic, as such they are made extremely light and sized for a smaller head. The line of headsets is composed of bright neon color flavors and the wiring from cup to headband is spiraling almost like a mad scientist made them and the controller are on the right ear cup to make it easy to control.  In other words, its looks fit right in with its target audience.  Personally though if I had gotten the grey one with blue markings I would probably made it part of my regular walking routine since I hate worrying about cables during my walks. I also need a headset to be light and not move around on my head much.  Exercise didn’t move these headphones off my head, I could wear them on a two hour walk easily with their comfort and light weight.

The other use of the headphones is for calls or even on computers through a stick mic.  The mic can be easily be removed and replaced so that if the kid is walking home from school they won’t look out of touch wearing a mic for no reason though it could be kept in a pocket and easily brought out at home or on the go if I call comes in. 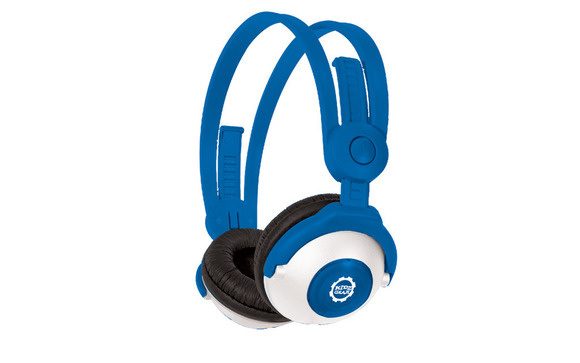 Sometimes it can be a big pain in the butt to connect your audio source to Bluetooth headphones.  This is another way in which this headset is really handy, as you match them up once and when you are done using them instead of having to go under settings and severe your Bluetooth connection or use some generally complicated method on the headset you simply turn an on/off switch on the cup to turn it off.  All the controls such as track skip, repeat, pause, pick up phone or lower and increase volume are all right there to adjust while your phone stays tucked away.

One way these headphones work well is also in a handicapped or aged individual who has a hard time with buttons or holding up phones to their ear.  I have issues of nerve damage in my arms which result in me sometimes having a hard time dealing with devices with smaller buttons or I will lose feeling in my hands on occasion resulting in me dropping the phone.  With one of these headsets I can have them on my head when I plan to make a call and take my time dialing the number or have my finger ready on the cup if it is an incoming call.  Then I can hit large buttons to control the volume in my ear but also I don’t have to worry about holding the phone just right to my ear because of the boom mic that can be positioned in front of my mouth on the fly if necessary.

Kidz Gear Bluetooth Freedom From Wires Headset is a great headset for kids, the aged and handicapped to make it easier to make phone calls as well as listen to music.  If the color pallets were widened I bet the demographic would with it because who doesn’t want super lightweight easy to use Bluetooth headphones?