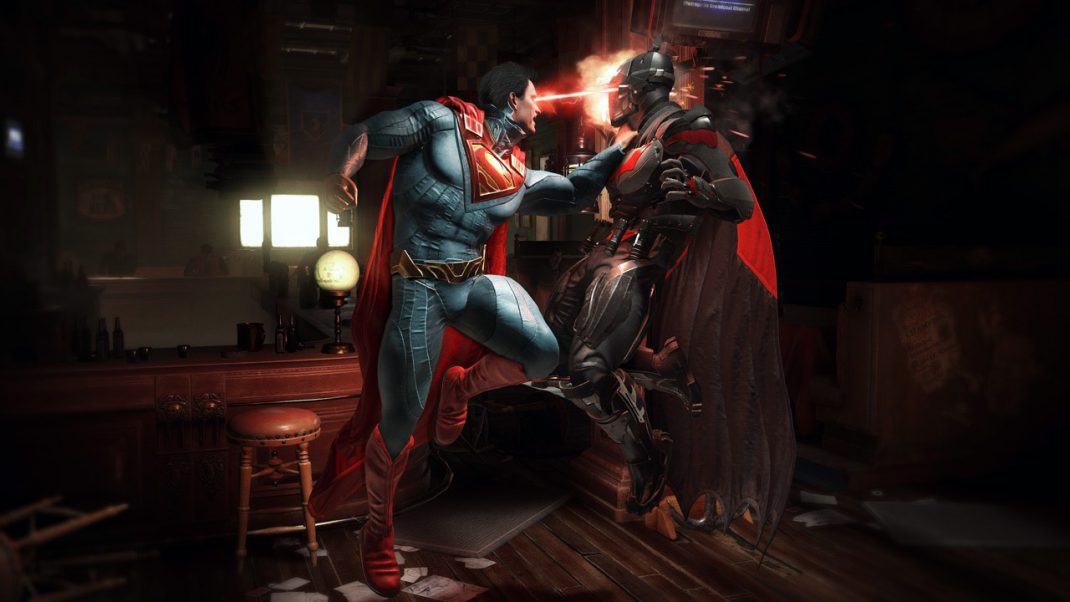 I was in a bad spot when the original Injustice came out. Namely, I had a ton of games I wanted to play and no cash with which to purchase them!  Those two things meant I had hoped to revisit them in the future, but some will fall through the cracks.  The real sting was when the main man Lobo got announced for the game because, I’ll admit it, I am a fan boy.  He rides motorcycles in space, regularly tries to beat the living snot out of Superman mainly for being a goody goody and he has pet space dolphins… he protects dolphins in space. Plus despite being an ultra violent pain in the butt he has a code he lives and practically dies by (his regeneration would piss off Wolverine).  So when a second time around came along and I had no cash and tons of reviews I still went for it and grabbed Injustice 2. 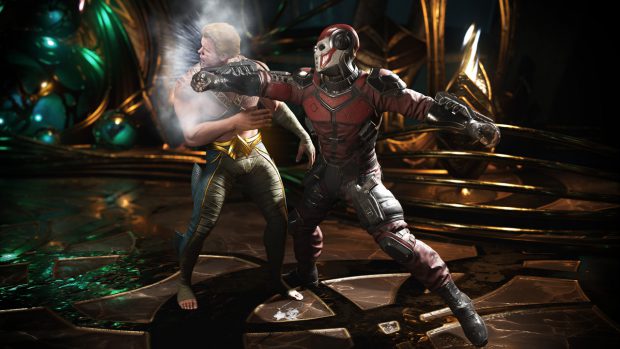 The multiplayer fighting in Injustice was well known and regarded but the single player story read like a comic series.  It was dark and impressive and they figured out a way to make The Man of Steel a heel.  I won’t tell you much more just in case you haven’t seen it or read about it, because you can play Injustice 2 without needing to catch up. For the new players out there, the opening dialogue fills you in on everything.  It doesn’t start off much lighter either, the rift that was created proved to be a very difficult thing to reconcile.  Were it not for their world of near constant troubles things may have never improved.  But what fun would that have been either?  The nice thing about this is they get back to trusting each other by beating each other up.  Without giving anything away there were a few times when I’m still not sure I would trust the person they have come to befriend again.  By the way, is it just me or is it super creepy to have Superman’s eyes start to glow for the slightest reason, like he might heat kill a 747 if it cut him off in the air.

There are armor improvements that can be bought but, as I understand it, they are the same ones you can earn if you keep tearing through the single player campaign.  There are little choices here and there on who you will use to take on a particular enemy and that should be determined by the enemy’s fighting style and your best.  I definitely had characters I was much better at fighting with and then I would use them beautifully in a bunch of fights and suddenly an enemy has a fight style that works perfect against it and you are struggling.  Also even if you feel fairly comfortable with knowing the moves I really suggest doing the tutorial because that was how I found out one of my control sticks was still having a movement issue and couldn’t complete a certain combo no matter how hard I tried because I am way overdue for a new one.  Luckily the combos felt like they made sense, the moves seem to correspond to a movement in a fight so my broken controller didn’t result in me button mashing. 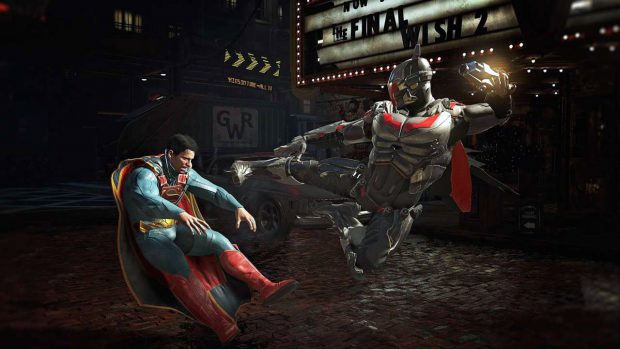 After you get a certain distance through the single player game you may be tempted to quit and play multiplayer but don’t, the story line is just too well written and, besides, when you get farther in the campaign and your opponent gets better and better, they tend to tag you with their special attack more and those are just amazing.  I was so proud when I pulled a couple “change of venues” as they are called and when Aquaman got me I was laughing so hard I almost didn’t keep fighting.  The campaign also gives you a chance to figure out where the best usable sections of arena are and have you much better practiced for signature moves and “change of venues”.

I know no matter how hard I plea for players to do the single player campaign first, there will be plenty out there that will ignore me and go straight to multiplayer.  To them I would boldly and bravely say they are not true fans. Yep, I said it.  If great story line and heading into multiplayer with epic gear isn’t enough to get you to hear out what the game has to say… well then pfffttt.

Injustice For All (Fans):

Injustice 2 is an amazing game with a terrific single player story line that prepares you for multiplayer gameplay with awesome gear.  The combos make sense, the “change of venues” are one of the best things I have ever seen added to a fighting game since they started, which I am way to old enough to remember…