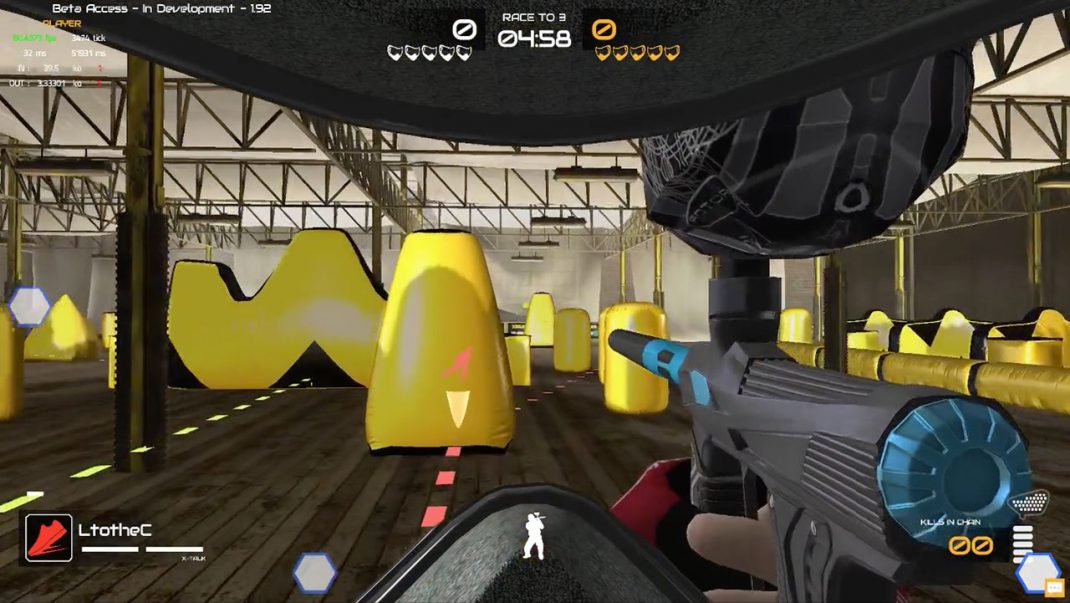 TOULOUSE, FRANCE – (MAY 17, 2017) – XField Paintball Studio, the world’s leading creator of authentic paintball games, today announced it will release XField Paintball 3, the first real-time multiplayer paintball game for PC, on Steam May 30, 2017. XFP3 is a fast-paced, tactical multiplayer first-person shooter (FPS) game that challenges players to lead their team to victory in 5v5 matches. The game is officially licensed by 20 top paintball organizations and manufacturers and exclusively features the actual tournament layouts used in league competitions. XFP3 was developed from the ground up for PC using a new proprietary network engine.

Paintball is third-most popular extreme sport worldwide, with over ten million players participating per year. There are six major leagues worldwide, including NXL in the US and Millennium in Europe, and all six are exclusively licensed in the game. XField Paintball Studio is actively involved in the sport, and top players on the development team include Lead Community Manager, Loic Voulot, a two-time world champion who is Technical Director of the French Federation of Paintball and holder of seven European championship titles and nine French titles as captain of les Tontons, one of the greatest European paintball teams in history.

In the sports-based FPS game, players will use coordination, communication, and marksmanship to win matches. Winning takes not only individual skill but team dynamics, strategy, and tactics—as well as an understanding of the parabolic arcs of paintballs that give the game an entirely different physics model from most shooter games. Paintballs curve as they move toward their target, allowing players to rain down shots on players even with cover, allowing for different strategies. How the team covers the map to dominate key routes and allow cross-fire attacks is critical, as is situation assessment, speed of both movement, and decision making.

“XField Paintball 3 will put players into the shoes of top-level paintball players for intense and hard-fought matches on the same arena layouts used in professional competitions,” said Philippe Constant, President of XField Paintball Studio. “Our game sets the new standard for the competitive multiplayer paintball experience for FPS fans, taking the knowledge gained from our millions of mobile players to a brand new PC title that provides a highly tuned competitive gaming experience.”

Before each match, a captain is randomly selected to lead each team. The captain quickly sets the team strategy and assigns the roles of Rusher, Shooter, and Tactician to the five players. Each role gets certain bonuses—for instance, the Rusher gets enhanced speed—and each plays a different tactical role. In-game communication is handled via pre-scripted button presses with a unique twist: Each communication costs a certain number of communication points, and points are limited for each match so players must choose carefully. Once the match starts, the action goes quickly with the winning team being the first to eliminate all adversaries, hit the buzzer on the enemy team’s side of the field, or have the best position at the end of round.