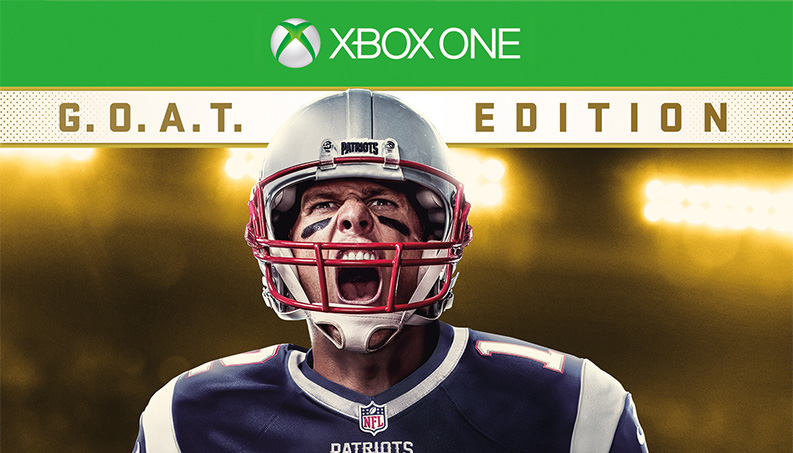 REDWOOD CITY, Calif.–Today Electronic Arts Inc. (NASDAQ:EA) revealed New England Patriots quarterback and five-time Super Bowl Champion Tom Brady will grace the cover of EA SPORTS Madden NFL 18 when it launches worldwide on Friday, August 25. This year’s game will be powered by Frostbite, one of the industry’s world-class game engines, creating a Madden NFL experience like you’ve never seen before. Frostbite delivers a significant visual leap not only to the players, but crowds, stadiums and more. Such a special game truly deserves an equally-special cover athlete. 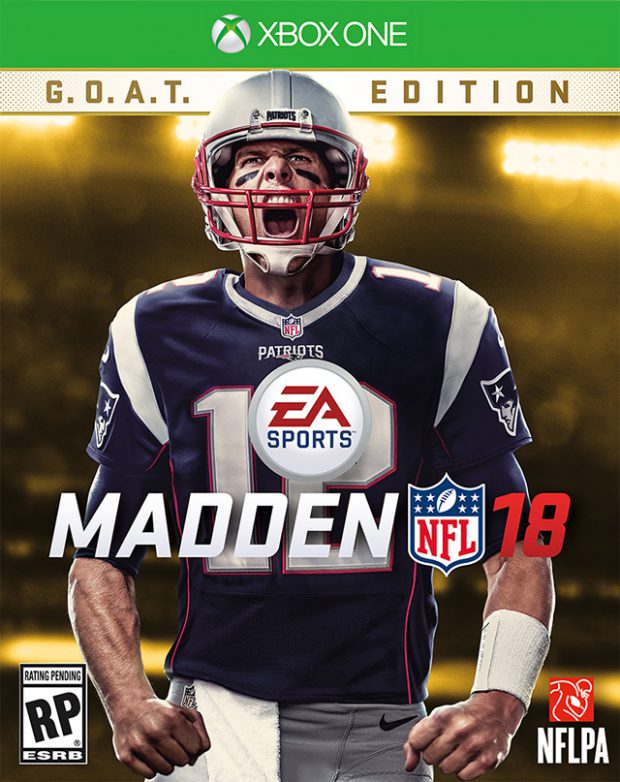 The Madden NFL cover was one of the few career accolades that had previously eluded Brady, and now he adds the honor alongside his multiple NFL championships, MVP awards, Pro Bowl appearances and more. This also marks the first time in Madden NFL history that teammates have graced the cover in back-to-back years, after last year’s game featured Patriots tight end Rob Gronkowski.

“The Madden NFL 18 cover is a great honor for me,” said Brady. “Especially since I have been playing the game since growing up next to EA headquarters in the Bay Area. I’m not one to believe in curses, so I’m ready to take the challenge head on like always! It doesn’t stand a chance!!!”

Those eager to hear more about Madden NFL 18 won’t have to wait long, as new details about the game, including a brand-new mode, are set to debut at EA PLAY on June 10. Fans can expect to see big things in this year’s title, including new ways to play, and some of the greatest innovation in a generation.

In addition to the cover news, EA also announced pre-order offers for two distinct editions of Madden NFL 18. Fans who pre-order the standard edition will receive numerous benefits*, including the choice of an Elite player from their favorite NFL team for use in Madden NFL 18 Ultimate Team, as well as five Squad Packs, redeemable at launch. In celebration of the Greatest of All Time, those looking for even more can opt for the G.O.A.T. Edition, which gets them not only what’s in the standard edition, but also one of five G.O.A.T. players of their choice for Madden NFL 18 Ultimate Team, and more.

Fans can also play the finished game before launch day: G.O.A.T. Edition owners get three-day early access, letting them start their season on Tuesday, August 22, while EA Access members can play for up to 10 hours starting Thursday, August 17 with the EA Access Play First Trial.**

This weekend also marks the finals of the Madden Championship, the culmination of the first year of Madden NFL’s competitive gaming series. The top-ranked competitors of the series are all vying for their share of the $500,000 prize pool, and the right to be named the Madden NFL Champion. The 2017 Madden Championship airs live on NFL Network, Twitch, Facebook and YouTube this Sunday, May 14 at 9:00pm ET, with a re-air on NFL Network the same night at 12:00am ET. Fans can also get full coverage from the weekend on the Madden NFL website.

Madden NFL 18 is developed in Orlando, Florida by EA Tiburon and will be available worldwide on August 25 for Xbox One and PlayStation®4.

EA Access members receive a 10 percent discount** when they purchase a digital version of the Madden NFL 18 on Xbox Live.

The mark “John Madden” and the name, likeness and other attributes of John Madden reproduced on this product are trademarks or other intellectual property of Red Bear, Inc. or John Madden, are subject to license to Electronic Arts Inc., and may not be otherwise used in whole or in part without the prior written consent of Red Bear or John Madden. All rights reserved.