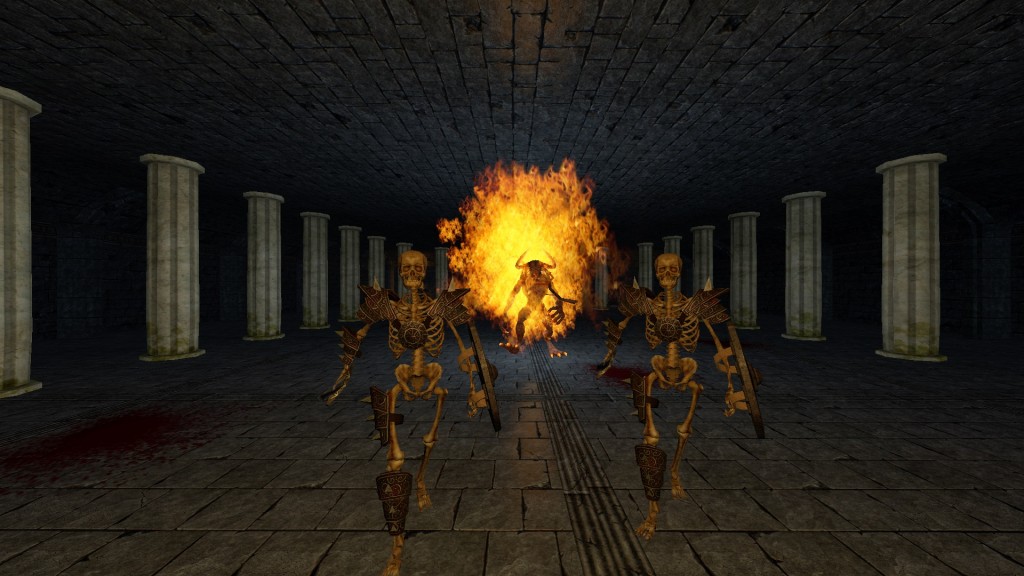 I’ve been playing video games almost as long as there have been video games and ever so often one comes along so loaded with nostalgic feel that it feels like it traveled through a time machine.  The beauty of Steam Greenlight is these beautiful old school RPGs like Castle Torgeath can still find a home in your heart after so many years of hardcore games.

At the beginning of Castle Torgeath: Descent into Darkness, you are presented with a few paragraphs of text explaining the game’s premise. You are a down on your luck adventurer who finds a listing on a job board. The listing advertises an expedition into the ancient, and supposedly-abandoned, Castle Torgeath. The ad promises fortune and glory for anyone who joins in, so you grab your sword and start after the expedition. 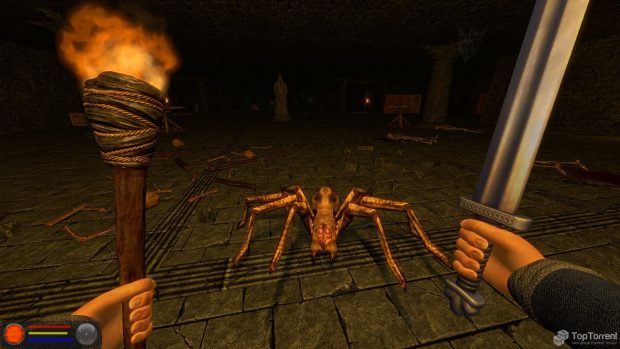 The game resembles those old school, first-person dungeon crawlers like early Elder Scrolls games – actually, it more than resembles them – it is one! Castle Torgeath captures that retro feeling so well that, if you played through those kind of games when they came out, it is like a time warp.

You have three meters in you lower corner, one for mana, one for health and one for hunger.  Healing and mana are refreshed through potions and fountains and hunger is helped through food.  You want to keep an eye on all three to survive.  Occasionally you will stumble on a lost adventurer who will sell you the goods he has found or a spell he knows for the treasures you have stumbled upon.  Be wary of making too many trades or you might be short of valuables when you need them most.

There are multiple levels with bosses at the end and the game progresses with starting enemies being weak like rats to bigger enemies like summoned demons and big ass bugs.  All the time you also have to look for hidden clues and passages while avoiding hidden traps and enemies. The graphics are even retro, and they are done well enough to not make you sick playing but still simple enough to still hearken back to the roots it’s based on. The game features no speech, but plenty of tried and true text to read and the developers have quite a bit of lore scrawled out for your enjoyment. 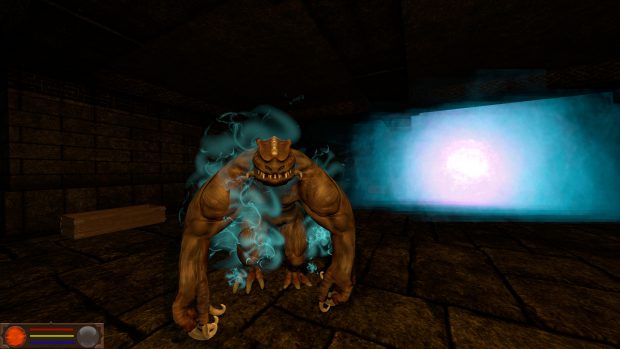 At one point in gaming history, first-person dungeon crawlers relied on angular or grid-based movement systems. Torgeath allows for free-roaming movement, which should help modern gamers from giving up. The older movement systems can be rather constricting.

Castle Torgeath: Descent Into Darkness is a very fun play based off a very old school game design which works on a nostalgic level as well as introduce modern players to gaming history.  Besides it less than $10 and when you consider inflation isn’t that much more than it would have cost back in the day.