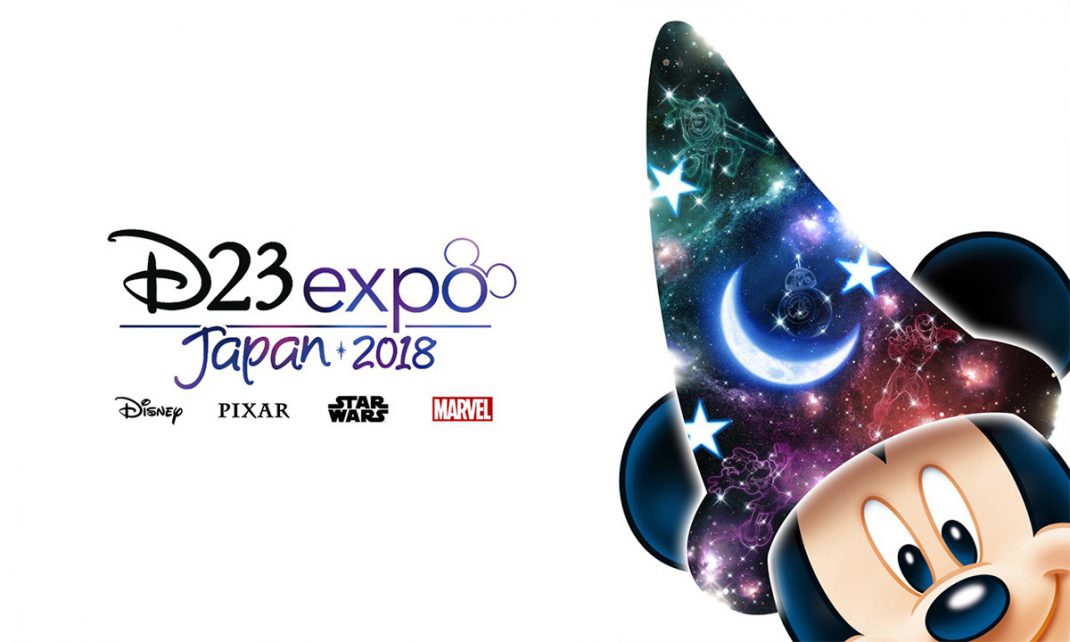 D23 Expo is held every two years in the U.S. for Disney’s most passionate fans. The first D23 Expo in Japan was held in 2013 and is unique to Japan while remaining true to the original vision of “The Ultimate Disney Fan Event.” D23 Expo Japan 2015 was themed to “The Power of Story.” Guests were treated to spellbinding stories from each of the four Disney brands—Disney, Disney•Pixar, Star Wars, and Marvel. Fans enjoyed experiences, merchandise, collectibles, and endless surprises created exclusively for the event.

D23 Expo Japan 2018 will once again feature special exhibits and opportunities for the delight and enjoyment of guests. Further details will be posted at http://disney.jp/D23 as they become available this summer.

“We heard from a lot of fans about how delighted they were with the D23 Expo Japan 2013 and 2015．D23 Expo Japan 2018 promises to be even more spectacular,” said Paul Candland, President, Walt Disney Asia and President, The Walt Disney Company (Japan) Ltd. “2018 marks The Walt Disney Company’s 95th anniversary and the 90th anniversary of Mickey Mouse’s screen debut. In Japan, it marks Tokyo Disney Resort’s 35th, Disney Channel’s 15th, and the Disney★JCB Card’s 10th. We’re very excited about being able to present this great event once again, and we know our guests will have an incredible experience during the three days we have planned for them.”

About D23: The Official Disney Fan Club
The name D23 pays homage to the exciting journey that began in 1923 when Walt Disney opened his first studio in Hollywood. D23 is the first official fan club in Disney’s 90-plus-year history. It gives its members a greater connection to the magical world of Disney through its quarterly magazine Disney twenty-three, information-packed website D23.com, member-exclusive discounts, and special events like the D23 Expo held in Anaheim, California.

About D23 Expo in the U.S.
D23 Expo: The Ultimate Disney Fan Event has been held in the U.S. four times to date, drawing Disney fans from around the world to Anaheim, California. D23 Expo 2017 will take place at the Anaheim Convention Center the weekend of July 14–16. Highlights include what’s new and what’s on the horizon from theme parks, television, music, gaming, and films, including Pixar, Star Wars, and Marvel; the Disney Legends Ceremony to honor the talented men and women who have made significant contributions to the Disney legacy; an all-new exhibit curated by the Walt Disney Archives; the D23 Expo Emporium, where Disney fans can buy, sell, and trade Disney collectibles, memorabilia, merchandise, and more; and D23 Expo’s costume contest.