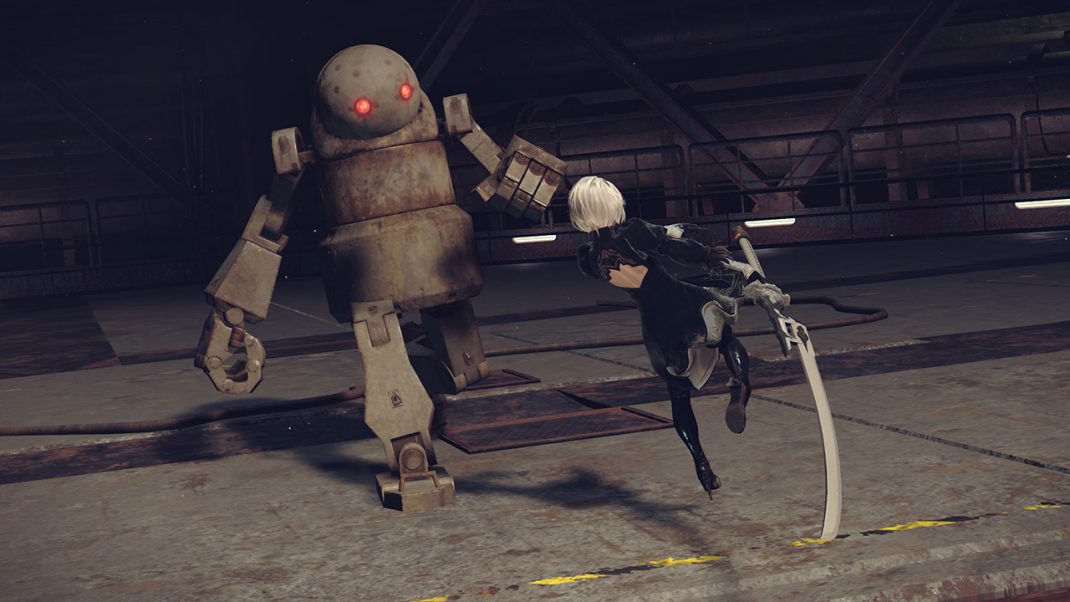 LOS ANGELES (Feb. 13, 2017) – Set in the year 11945 AD, during the 14th Machine War, the new trailer for NieR: Automata™ depicts a desolate, post-apocalyptic world where androids fight machine lifeforms to reclaim the planet for their human masters. On display is the fellowship between members of elite android squad YoRHa—2B and 9S—as they battle a variety of foes, including twin brothers Adam and Eve.

NieR: Automata, developed by SQUARE ENIX and PlatinumGames Inc., will release in North America on March 7 for the PlayStation® computer entertainment system and Steam® in 2017.

Story of NieR: Automata
Invaders from another world attack without warning, unleashing their secret weapon: the machines. In the face of this insurmountable threat, the human race is driven from the earth and takes refuge on the moon.

The humans develop an army of android soldiers to fight back against the mechanical horde, but succeed only in slowing its advance. To break the deadlock, a new breed of android infantry is sent into the fray: the YoRHa squad.

In the forsaken wasteland below, the war between the machines and the androids rages on. A war that is soon to unveil the long-forgotten truth of this world…

NieR: Automata is currently in development for the PlayStation®4 system and Steam. This title is rated M (Mature). Please visit the Entertainment Software Rating Board (ESRB) website at http://www.esrb.org for more information about ratings.