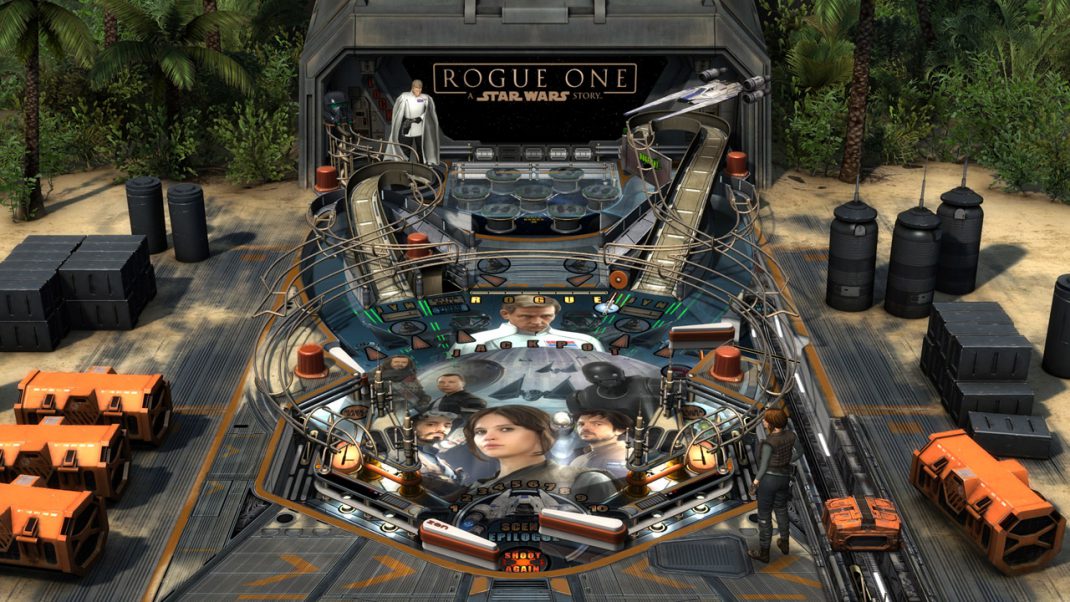 I was fortunate to see all the Star Wars movies in theaters, when they originally came out.  There was a close call during Return of the Jedi when my large soda fell off the banister onto the seats below me. Thankfully, my mom was there, told them it was an accident, and I got to finish the movie with the Ewoks dancing in the trees and the audience cussing below me.  When it comes to real life pinball, I have done an excellent job keeping that streak alive as well, whereas I feel shamed at how many virtual Star Wars tables I have yet to experience.  There are A LOT, and they are all for Zen Studios’ Pinball Fx 2 platform, which combines exceptional bumper, flipper, and ball physics while adding 3D animated elements. I have finally got to turn this around with Star Wars Rogue One which, though it is just one table of many, is a very nice spot to start!

I feel this is a good place to start for a couple reasons, this is the most recent table to be released and this table is a binding point between the original trilogy’s A New Hope and everything that has been deemed to be canon before it. Players should have a sense of the original trilogy and its worlds while appreciating what came before, but was written afterwards. It makes more sense if you make a chart but I try not to subject readers to charts. Just games. 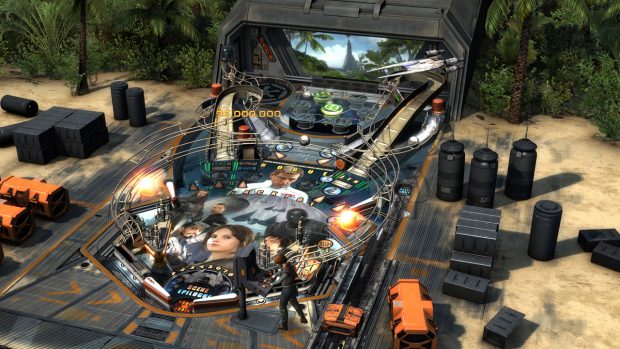 When Star Wars Rogue One’s trailer came out, the thing that really caught and excited fans was the return of the mighty AT-AT walkers from the Hoth battle in The Empire Strikes Back. They are a slightly different model, the AT-ACT (All Terrain Armored Cargo Transport) and, instead of trudging through desolate snowy tundra, they are seen stomping flat palm trees and blasting sandy beaches. This was the landscape that Star Wars Rogue One Pinball chose with craters and sand to the sides of the table and on the video screen you see AT-AT feet coming down on targets.  The table action , however, is more sky oriented with the main bumpers being TiE fighters next to a rebel U-Wing that is above the raised metal side track on one side.  The other side has a well known imperial leader locking your balls for multi-ball and down by the plunger is our heroine, Jyn Erso.  I’ll be honest I wish I could have seen an AT-AT standing out on the table but there is really only so much room so much of the story and characters and vehicles we wish to see are shown in mini games on the video board.  I won’t expose anymore about them than I have but I will say keep playing and playing, there is way more to this table than what is on the surface. Wait… what is that in the distance… 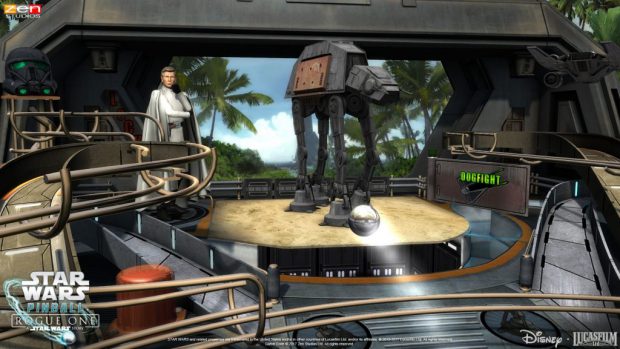 The artwork is great, the sound is amazing and the animations both in the mini video board and 3D characters that make appearances are absolutely awesome. It is just as much fun to watch being it played, especially if you have a real pinball wizard in the house that can show you things you haven’t seen yet.  The table plays fast, like really fast, and has four flippers so speed shooting around the board leaving silver trails is not just likely but would be hard to avoid!

Well there is no match ball actually but Star Wars Rogue One Pinball is great and makes me want to play the other dozen or so really badly. The pinball machine feels as much a part of Star Wars canon as the movie it was based on and I could see it being put right up their with the cartoons, movies and books accepted for the prestigious role of canon. Now I have to go watch Star Wars Rogue One and A New Hope again, in a theater without balconies and soda mishaps.