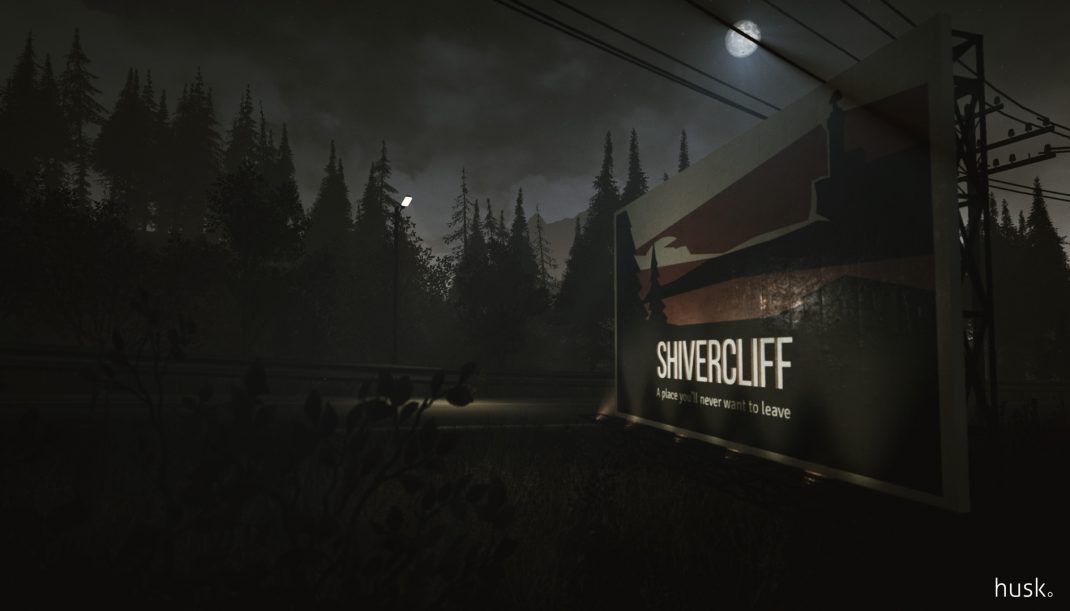 I heard that HUSK was a dark suspenseful indie game coming down the line in the vein of Silent Hill, and that it was one of the games to watch for in 2017. Even the name sounded intriguing… HUSK. So, one dark and stormy night when the family was off to a mother/daughter dinner I put on the headset and killed the lights to give HUSK a try.

So first thing to know is that the game gives you two important warnings, one is that if you have problems with epileptic seizures from light then you may not want to play this game. If you do have a seizure, stop playing immediately and call a doctor. The other warning though is important and interesting, but might have been better used at the end of the game because it is an important message but sets the tone for the entire game and is maybe not a necessary tone. Because it warns the player that “If you are a witness or a victim of domestic abuse call…”, you automatically try to figure out how everything in the game is associated with domestic abuse rather than what the monsters are. In a way it “de-monsterizes” the creatures that are representing a monstrous subject. 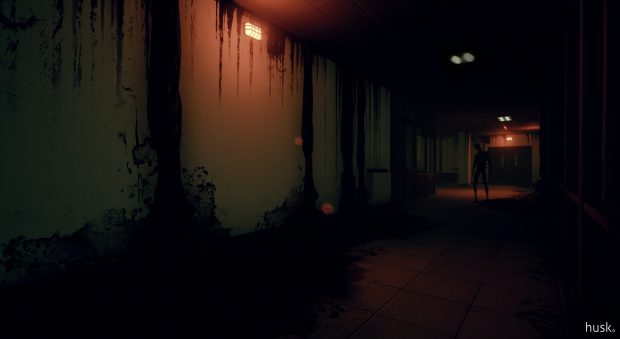 If I were not trying to figure out what the monsters represented in a domestic abuse situation, I probably would have gone with Jewish folklore because they greatly resemble the description of a golem, featureless creatures made of clay following the commands of it’s creator. In one part earlier in the game there was an apartment full of giant broken dolls making you wonder if those are supposed to represent the player’s daughter or whether it is supposed to represent his own childhood that was destroyed and resulted in him hurting his family. Basically the whole game is seeded with thoughts of where each moment fits into interpretations of domestic abuse instead of horror or suspense that eventually you discover is the result of domestic abuse.

The way game creates borders of where you can go and where you can’t is done in a pretty cool way, everything you can’t touch or get too close to drips a black ichor that will kill you in seconds quickly teaching you that black stuff covering buildings or swallowing cars means bad. 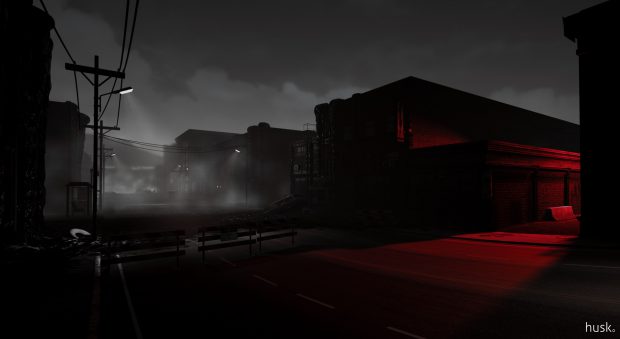 The game is still definitely new and definitely in the works.  I had collision errors where I got stuck in rocks, I had fatal errors that completely crashed the game and I had to start back over at the last save point. A couple of times I went to shoot a creature and my hands kept playing clap with the gun instead of aiming and fireing.  This can also be a very exciting time in video game development though, a chance to experience a game when it is still pretty new and finding it’s voice, building it’s way up and creating it’s community.

HUSK is already fun, even though it is still a work in progress in many ways.  So far, it is having new patches released every couple days to fix bugs and fine tune sections so it isn’t really fair to give it a star grading.  If you like your game polished give it a while before jumping in, keep an eye on the game notes on Steam then join when you are ready. I think that by the end of this year, it will be named as one of the indie games you should have played in 2017.