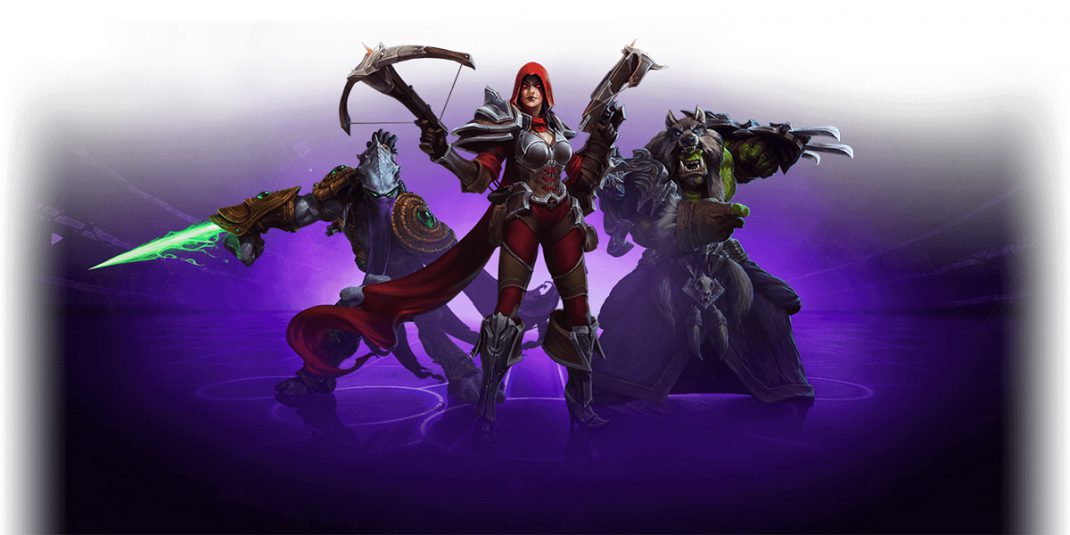 IRVINE, Calif.—January 25, 2017—College esports reaches a new level of engagement with Heroes of the Dorm™ 2017 as Blizzard Entertainment and Facebook team up to stream the action exclusively via Facebook Live. Blizzard and Tespa’s preeminent collegiate esports tournament once again offers Heroes of the Storm® teams from colleges across the United States and Canada a chance to earn free tuition for the remainder of their college careers—more than $500,000 in scholarships and prizes will be handed out this spring. For the first time ever, Heroes of the Dorm will be broadcast via Facebook Live on the Heroes of the Storm Esports Facebook page, beginning with the regular season and continuing all the way through the Heroic Four and National Championship.

With Facebook friends and Heroes of the Storm personalities just a click away, Heroes of the Dorm 2017 will be a new kind of connected esports event, offering a global real-time connected experience for viewers that supports live interaction (or smack-talking) during the heat of competition. From the nervous anticipation of the first regular season matches to the bright lights and excitement of the championship, Facebook’s global network will enhance every shareable, likable, and otherwise epic moment in Heroes of the Dorm. To further amplify this year’s Heroes of the Dorm viewing experience, Blizzard will serve up-to-date statistics, team and player profiles, updates for the Bracket Challenge and a new Pick ‘em Challenge, and more will all be available on www.heroesofthedorm.com.

“Heroes of the Dorm has featured some of the most dramatic college esports action of the past two years, and with more prizes for more teams up for grabs this year, we’re looking forward to a whole new level of competition,” said Mike Morhaime, CEO and cofounder of Blizzard Entertainment. “We’re also excited to be working with Facebook this year to bring more live Heroes of the Dorm play to more viewers around the world than ever before.”

Starting today, eligible college gamers in the United States and Canada can sign up to compete in Heroes of the Dorm at www.heroesofthedorm.com. The group stages of the regular season kick off February 15, with the full schedule proceeding as follows:

Everyone Can Play, Anyone Can Win

In 2015, UC Berkeley dominated, becoming the first-ever Heroes of the Dorm. In 2016, Arizona State University avenged their championship loss from the previous year to claim the title. This year, a new story will be written and new heroes will be celebrated in the ultimate college esports event!

Fans can relive the gripping journey of last year’s Heroes of the Dorm Championship team in A New Hero: The Rise of College Esports, a documentary on Arizona State’s climb to the top of college esports.

Learn more about Heroes of the Dorm and the viewer-participation challenges, and stay tuned for further details, at www.heroesofthedorm.com.

About Heroes of the Storm

Heroes of the Storm brings together a diverse cast of iconic characters from Blizzard’s far-flung realms of science fiction and fantasy, including the Warcraft®, StarCraft®, and Diablo® universes, and challenges them to compete in epic, adrenaline-charged battles. To learn more about Heroes of the Storm, head over to the official website at www.heroesofthestorm.com.

Best known for blockbuster hits including World of Warcraft®, Hearthstone®, Overwatch®, the Warcraft®, StarCraft®, and Diablo® franchises, and the multi-franchise Heroes of the Storm®, Blizzard Entertainment, Inc. (www.blizzard.com), a division of Activision Blizzard (NASDAQ: ATVI), is a premier developer and publisher of entertainment software renowned for creating some of the industry’s most critically acclaimed games. Blizzard Entertainment’s track record includes twenty-one #1 games* and multiple Game of the Year awards. The company’s online-gaming service, Battle.net®, is one of the largest in the world, with millions of active players.