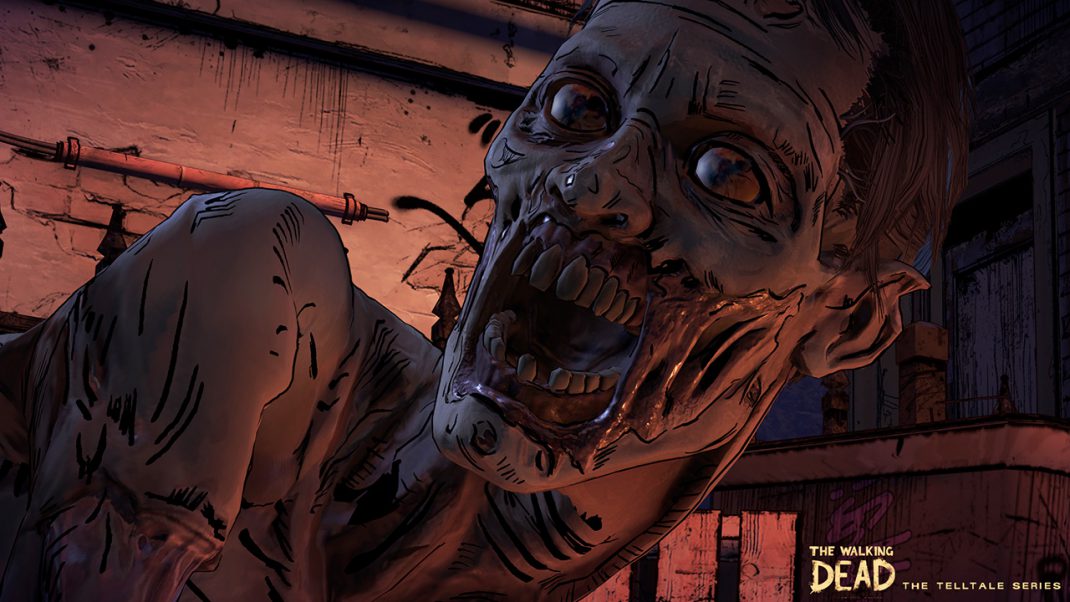 Telltale Games has pretty much gone all-in on the episodic graphic adventure game genre.  Out of the 12 or so games released by Telltale Games, I have played and completed about a quarter of them, so I wasn’t a stranger to this genre when The Walking Dead: A New Frontier came across my desk.  What I love about these types of games is the way that Telltale Games really focuses on the narrative and character development, while still making the games engaging to play as an actual game.  I felt that Batman:  The Telltale Series really had improved on this genre greatly over the last two games that I had played.  So, where then does The Walking Dead: A New Frontier fit in?  Let’s take a closer look.

The Walking Dead: A New Frontier is the fourth game by Telltale Games that takes place within the Robert Kirkman world of The Walking Dead.  This time around, you play as Javier Garcia, a former professional baseball player who is trying to keep the remnants of his family alive during the zombie apocalypse.  The story begins just as the zombies are beginning to rise, with Javier trying to reach his dying father’s home.  Due to the traffic that is being caused by the initial stages of the zombie outbreak, Javier reaches the house moments after his father passes away.  On the steps of the home Javier’s brother, David, is waiting for Javier and the two siblings begin to argue over family matters.  After the two brothers calm down, the family begins to prepare to move the corpse of the father, when one of the children tells the brothers that the father is awake.  Javier and David, along with the rest of the family, move cautiously into the room, only to find that their father has become a zombie.  Their father attacks, and is subdued, but only after biting the brothers’ mother.  The family races the mother out to a van, to try to get her to the emergency room.  Then the real story begins. 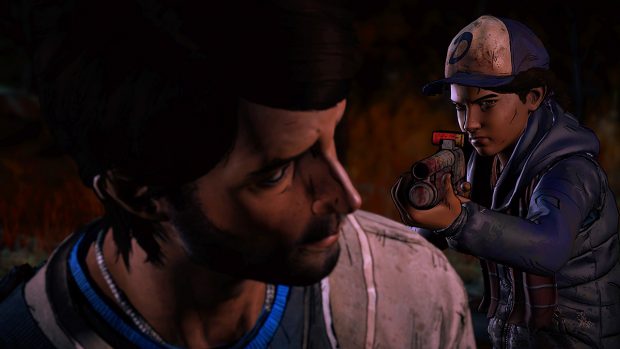 The first part of the first episode does a great job in building up the new characters so the player can get a feel for them.  The Walking Dead: A New Frontier introduces a whole new set of characters that you control.  When the game resumes, Javier is in the same van from the introduction, but with David’s wife, Kate, and David’s two children, Gabe and Mariana.  From the immediate outset of the game, you get the feeling that this group has been on the run for far too long, and is in desperate need for a safe place.  Now, I don’t want to get too much into the story blow for blow, but if you know anything about the Walking Dead universe, you can imagine that their bad day just goes downhill from there.

Now, I never played any of the other Walking Dead games by Telltale, so I had no connection to any characters.  I only know that some of the characters appeared in earlier games, because I did some research on those characters.  So that really meant that I wasn’t as invested in those returning characters as somebody who had played the other games would be.  With that being said, I still feel that Telltale Games does some of the best work when it comes to narrative storytelling in video game form.  Does this feel like a Walking Dead game?  Yes, to me it does.  I know that others that I have talked to that might be bigger fans of the series had their issues and critiques, but I absolutely enjoyed my time with The Walking Dead: A New Frontier. 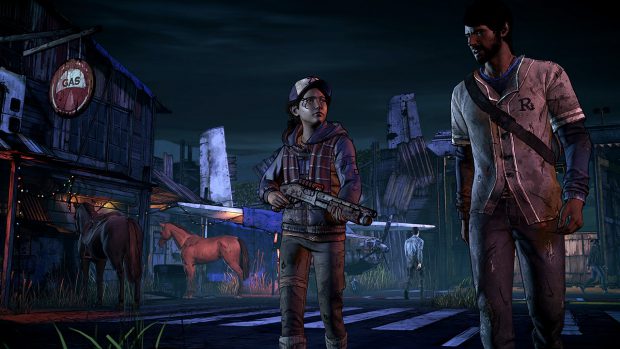 Combat is mostly quick time events, with the player pressing certain keys according to the prompts on the screen.  In some cases, you will have to move the cursor until it is within a shrinking circle and click the mouse button to initiate that action.  These quick time events always seem to come up when I have my guard down, enjoying the story telling.  The button sequence is fairly forgiving, and missing one does not mean immediate failure or death.

Really, there isn’t anything new or exciting here that hasn’t been done about twelve times before.  However, just like the old adage goes, “if it ain’t broke, don’t fix it”.  Everything here works just perfectly, and draws the player even deeper into the world that Robert Kirkman has built.

The aesthetics for The Walking Dead: A New Frontier are exactly the same as all of the other games in the series.  The visuals are done in a very cartoony way, with cell shading and heavy outlines around the objects in game.  This makes you feel like you are playing a graphic novel.  I still love the visuals of these types of games from Telltale Games, and feel that the aesthetics fit perfectly.  If you have never played a game like this before, imagine your favorite comic book coming to life, and you will have a great image as to what The Walking Dead: A New Frontier looks like.

The sound design again is nearly flawless for The Walking Dead: A New Frontier.  Telltale Games always puts a lot of effort in their actors and the dialogue that goes into these games.  A great story can easily be ruined by an actor that isn’t into her or his part.  Every actor that is in The Walking Dead: A New Frontier feels like they gave it their all.  I do not remember any dialogue or performance that felt cheesy, over the top, or just bad.  The music and sound effects also worked brilliantly to bring the story to life.