WARSAW, Poland (January 19, 2017) — CI Games introduces Sniper Ghost Warrior 3, the most complete sniper experience in the market to date. Each character has his or her unique experiences and motivations, both professionally and personally. How each of the characters’ goals and personality quirks conflict or complement each other makes for a deeper, richer player experience.

Jon North is dropped into a hot conflict zone in the Republic of Georgia. Located at the crossroads of Western Asia and Eastern Europe, Georgia is of critical strategic importance and is sliding into the chaos and slaughter of civil war. Jon’s Joint Special Operations Command (JSOC) mission is to neutralize the Separatist Leaders who are destabilizing the country.

Personally, Jon is coming to grips with the capture and presumed death of his younger brother, Robert, nearly two years ago. Jon was present at the attack and was unable to save Robert. Recent intelligence chatter puts a very much alive Robert in Georgia, in an area controlled by Separatists. Jon believes he has a second chance to do right by his brother.

Jon is a Marine first, and deeply committed to the relentless pursuit of his professional mission. Frank Simms, Jon’s long-time JSOC handler, is sympathetic to Jon’s personal goal, as long as Jon completes his official assignment. Jon chooses a team who will help him accomplish both.

His first pick is Lydia Jorjadze, an ex-Georgian SFB and mercenary. Lydia is a battle-tested veteran who fought bravely at Jon’s side in Afghanistan. Their passionate affair ended when Jon abruptly disappeared after emerging from a deadly firefight. Lydia agrees to help Jon, with a personal agenda of finding out what really happened in Afghanistan.

Raquel Shein, a deadly MOSSAD agent, also agrees to help if Jon will help her find Sergei Flostov. Flostov is a brilliant rogue scientist conducting forbidden experiments. The Israelis want to find him and shut him down.

As the team eliminates Separatist Leaders, and teams with the Georgian Resistance, a mysterious high-tech sniper, named Amazi, both thwarts and assists them. Jon fights through a treacherous web of criminal, military, and shadowy terrorist forces only to find the violence keeps leading back to Robert. Eventually, both brothers must face the deadly truth – only one brother can survive. 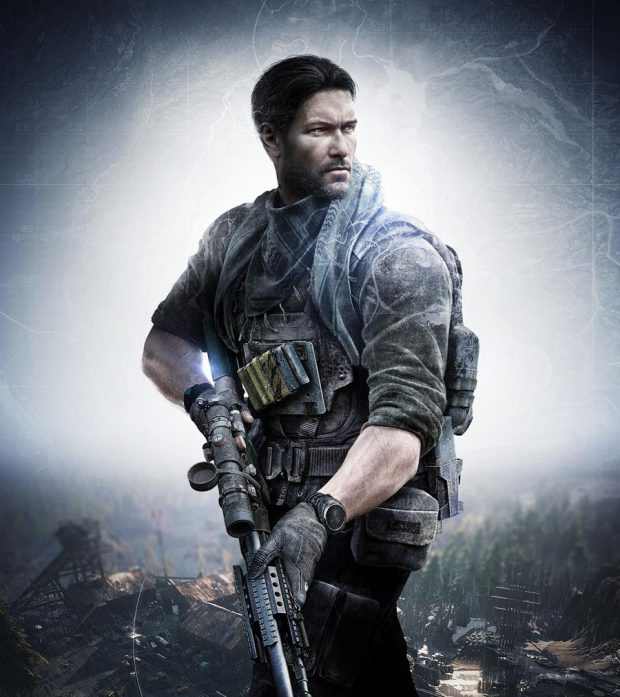 Jon grew up on a sprawling ranch at the foot of the Colorado Rockies. His best friend and greatest rival was his younger brother, Robert. His family always considered military service the highest form of patriotism. Both brothers enlisted when they came of age.

Jon quickly climbed the ranks of the US Marine Corps and was selected to join a prestigious scout sniper platoon. His spotless record, combat prowess, and exemplary self-discipline brought him to the attention of the JSOC. He completed multiple successful black ops for JSOC and was awarded the Navy Cross for heroism during a mission in Afghanistan.

At the start of the Sniper Ghost Warrior 3, Jon arrives in the Republic of Georgia, a strategically important country at the crossroads of Western Asia and Eastern Europe. Rogue Separatist groups are destabilizing the country and pushing Georgia toward a bloody, chaotic civil war.

Jon’s task is to sabotage Separatist operations and neutralize key Separatist leaders. He is perfectly suited to wage the deadly war of attrition needed to stop the ruthless Georgian traitors and rescue innocent civilians.

Personally, Jon has never given up hope his captured brother is somehow still alive. Two years of following every lead and tracking down every stray bit of intel leads Jon to believe his brother, Robert, is in Georgia. Jon volunteered for the present mission immediately.

In Sniper Ghost Warrior 3, Jon is driven by the conflict between his sense of duty to his country and his loyalty to his brother. He must walk a fine line, balancing both patriotic and personal goals. What is his higher duty? The player will help him decide.

Jon is supported in his professional and personal quests by his former lover and comrade-in-arms, Lydia Jorjadze. The two share a deeply troubled past and their intense feelings for each other both help and hinder their mission. In Sniper Ghost Warrior 3, characters battle not only exterior obstacles but their inner demons as well.
[/mks_tab_item]
[mks_tab_item title=”Lydia Jorjadze”] 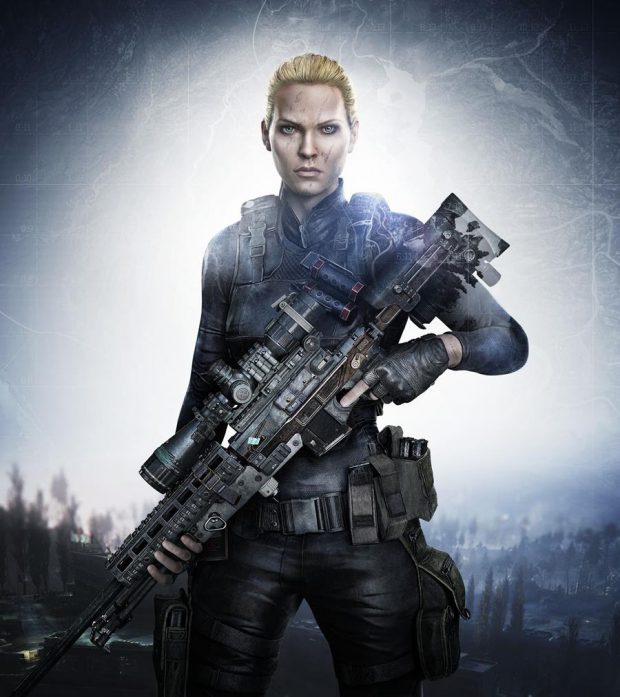 Lydia became an expert marksman as soon as she was able to physically lift a rifle. In rural Georgia, being a skilled hunter was often the difference between living to see another winter
or slow, freezing starvation.

A military career seemed the obvious choice in a country with limited opportunities for women. Lydia immediately made a name for herself, and her skill and fearlessness outshone most
of the men around her. She applied to the Special Forces Brigade and engendered the disapproval of General Boris Rokva. He blocked her career and attempted to trade continued promotion for sexual favors. Lydia steadfastly refused.

When General Rokva finally tried to force himself on her, Lydia reacted with characteristic decisiveness. She shattered his orbital bone, blinding him, and threw him out a window breaking his spine. Lydia fled the country with help from her grandfather’s Georgian Mafia connections.

Lydia started a lucrative new career as a mercenary. She has since honed her skills in almost every military hellhole across the globe. Her reputation and her ability are unmatched.
Her warmth and loyalty to those she respects and admires is unparalleled. Beautiful and deadly, she is an iron fist in lovely deerskin gloves.

Lydia met Jon North during a JSOC black-ops mission in Afghanistan about three years before our story starts. They had the kind of intense love affair that only equal partners and true soul mates share. It was a glorious first for both of them.

She was shattered when Jon disappeared without a word of goodbye. It was particularly bitter since he barely survived a firefight that took out his whole unit. He lived and his response was to leave her.

Despite the years and distance between them, she could not say no when Jon asked her to join him again in their most dangerous campaign yet. Lydia wants things finally resolved even
if it’s likely one of them will die this time around. 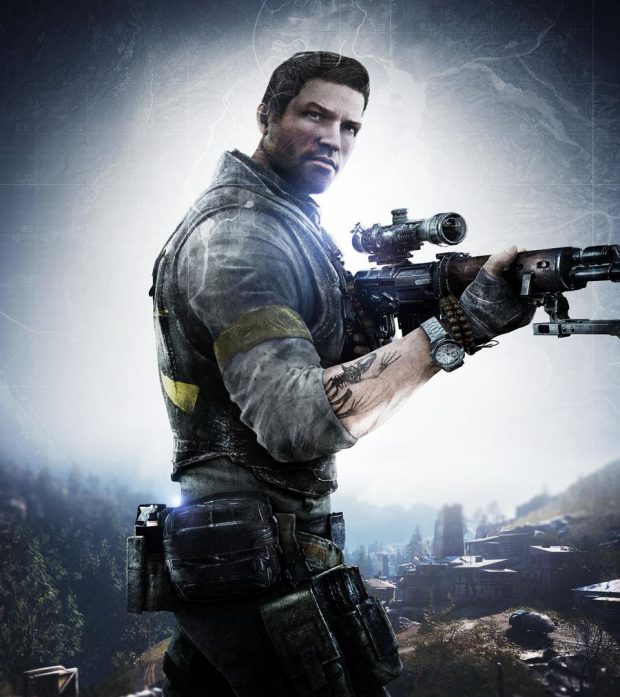 Robert is Jon’s younger brother. He is married to Milla, a smart gutsy war correspondent.
He has been “Missing in Action” for two years, and is presumed dead. Robert’s wife disappeared shortly after enemy agents captured him.

Whereas his brother, Jon, is a resolutely “old school” and “follow the book” kind of Marine, Robert is more rebellious and skeptical of authority. He is clever, quick to improvise, and has exceptional proficiency in high-tech weaponry. Robert can build or fix anything. He’s slow to trust and sees himself as a “lone wolf.”

Robert began his career in the US Navy, rising quickly up the ranks despite his sometimes unorthodox methods. Soon after he completed his Navy SEALs Sniper training, Joint Special Operations Command recruited him. Robert has successfully accomplished several key black ops for JSOC.

Robert is fundamentally a suspicious, sometimes reckless, but extremely brave and ingenious SEAL. He deeply loves his older brother, but he has dedicated his life to besting him. Robert also believes warfare has moved on to a new era, which will leave his brother hopelessly behind. Robert wants to lead the way forward and will not let Jon stop him, even at the cost of war between them.