I have used several wireless, portable speakers over the years.  One of the first ones I had looked like a really large ice chest and ran off a half dozen “D” batteries. It gave some pretty good sound with a nice connection, the problem was its size and weight. Over the years there have been plenty of companies working on it and, thankfully, Monster (now Monster Cables) was among them and they felt that creating a unit with great sound was key but why not also add a speaker phone and photo fill illumination while they were at it.  With that, they brought us the Monster Firecracker Pholite Speaker. 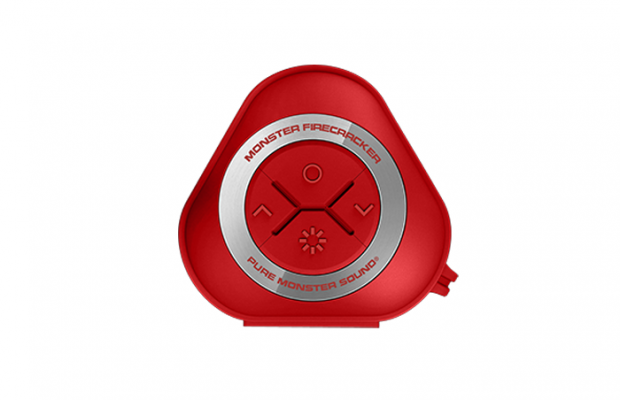 I’ll be honest at first I thought the light option was a strange one.  Everything else made total sense, if you are poolside during the summer you want to have a water resistant speaker that can fill the yard with beats and you don’t have to go grab your phone and possibly get it wet if you get a call, hit a button and away you talk (though it would be nice if you tell the person at the other end they have just joined the pool party).  Aiding in preventing water, dust and other environmental damage is a rubber plate that covers a 3.5mm input in case your Bluetooth just isn’t doing the job and a micro mini port located under the same plate to make sure to keep a little sand from stopping the festivities.

It’s small yet looks and feels rugged, it has a solid screw down pack clip so you can clip it on, screw it tight and go hiking letting the group listen to your tunes  while knowing if you take a bit of a slip you will still be fine and if you get a call after hitting a quick button you can continue your ascent hands free of the call.  If you wind up hiking late you have a flashlight on your Firecracker you can fire up and keep safe on the trails which is a surprising recurring accident or death issue in any outdoor environment. 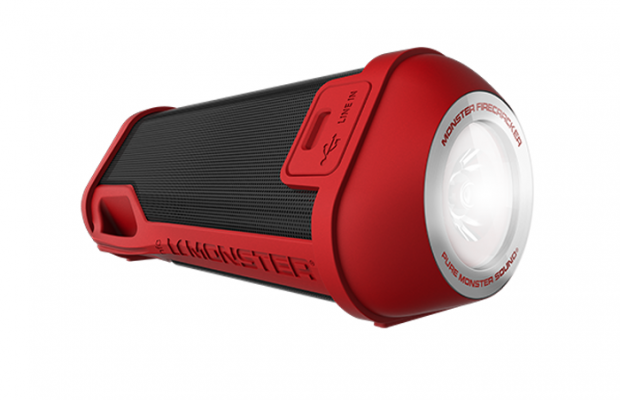 What is even more interesting about the flashlight on the Firecracker is that it isn’t just designed to be a flashlight it is also designed to be a filler light.  Those into photography will usually get this reference immediately and those not into it will probably get it without realizing it.  The name is somewhat straight forward in that it is a light that fills in area where there is too much shadow.  For example if you have a friend you want to take a picture of  in front of a building during a setting sun you would turn on this light and it is the proper kelvins to front light the subject to make them not look all shadowy.  The 5000 degree kelvin light would also be great as a plugged in light for webcasters such as Twitch, YouTube, Facebook, and Periscope that can be adjusted to try to help remove some of the washed out look of the caster by turning down the brightness of the monitor and using the light at wherever fills in best. 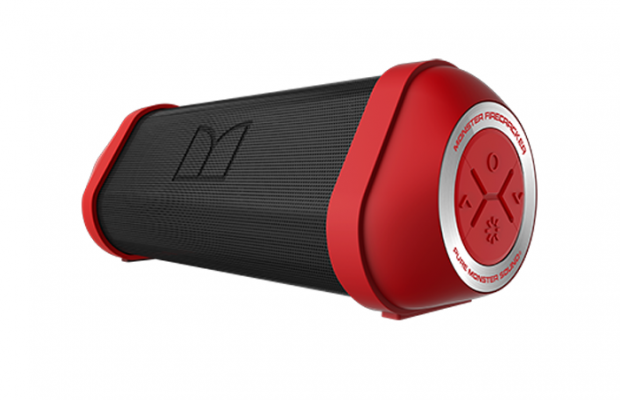 Most importantly you have a Monster product which means you can rely on big boom coming from a little box.

Monster Firecracker Pholite is like a multi-army knife of sound, give giving big booms, solid pairing, great chat sound and even great multi-use light source all in one little box.  Right now it is a little hard to find in the U.S. but it can be found on Monster’s website for about $130 dollars.  Make sure to grab it on your way out the door so you will be ready for whatever life asks of you.