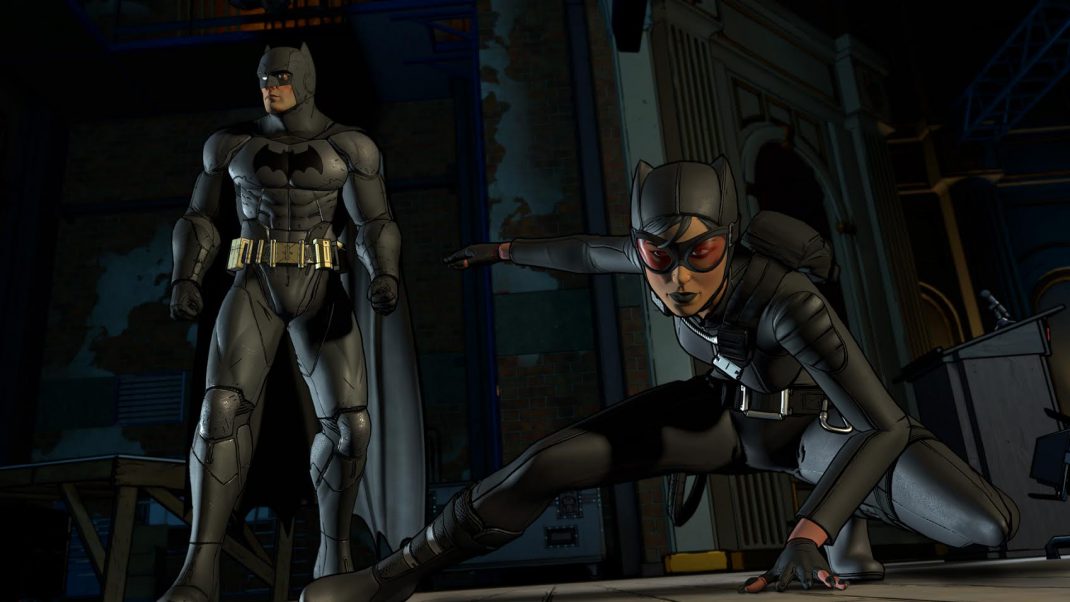 I think I have played every Telltale Games adventure title there is, and with good reason. They way their serialized episodic gameplay is dependent on your decisions is truly exciting in how it changes the story of the game.  So let’s say you are talking to an enemy in the first episode of the game and decide not to answer his question.  That big bad might attack you and you decide you want to show him who is boss and maim his arse.  Then he turns out to just be an overprotective good guy who saves your life over and over through the series… with that arm missing you decided to remove in episode one.  Oops, that was your bad, because Telltale games put you in the character like few other games ever could.  Most recently, that character was Batman, the cowl just about everybody wishes they could don.

There have been a few commercials lately about Batman games getting the VR treatment which has fans who were on the fence jumping down and forking out cash.  Because the old saying goes… 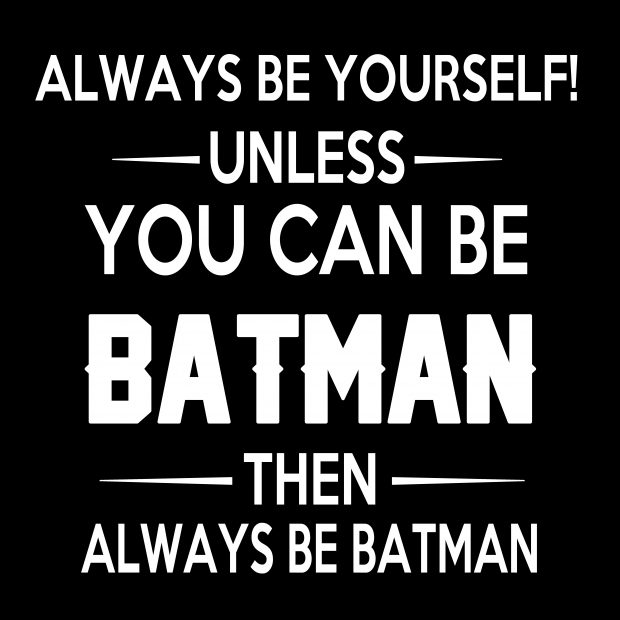 but thanks to Telltale you can be Batman while not having to dine on ramen for months (BTW, you start to sweat that stuff out, trust me I know).

Most of the Batman games are about driving around in the Batmobile and using and improving those wonderful toys and gadgets.  Many of the games over the years (and some of the comics even) deal with the decisions and actions of Batman without addressing Bruce Wayne more than how he covers up his bruises and cuts and dealing with Selena Kyle when she crashes one of his functions.  Being the most famous billionaire playboy in Gotham would have the paparazzi working overtime to get pictures of him, especially if he is reclusive, and keeping up this Bruce identity and life would be just as challenging if not more so than The Bat, people hang of the every gesture and decision of Bruce whereas most only see the aftermath of Batman. 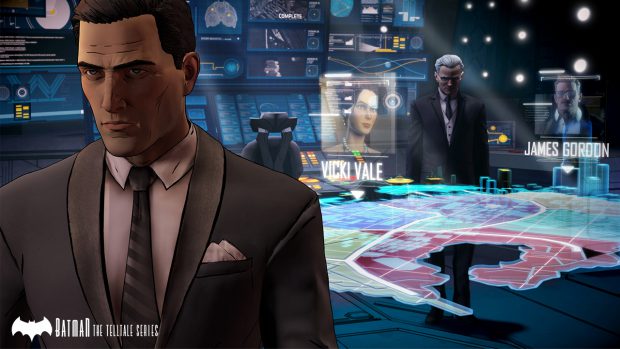 Telltale games really understood that and made it so you weren’t just playing with toys over Gotham but also dealing with how you handle a mob boss crashing Harvey Dent’s fundraiser and reaching out to shake your hand infront of the Gotham elite.  Do you make an enemy of one of the underground’s biggest bosses right when Bruce is coming out of the shadows to support Dent or do you try to play nice with Bruce in hopes that as the Bat you can get matters fixed?  Don’t worry that was just one minor scenario in the first episode which is loaded with decisions like this.

Just because Bruce gets more attention don’t think there isn’t action in the game for Batman to handle and get them from classic enemies with great backstories and original interactions.  You will feel the weight of juggling the two identities like you never have in a Batman game before and maybe, just maybe, you might want to be Batman a little less than always.  If the weight begins to feel too heavy though there is actually a multiplayer mode where other players vote on the choice to make! 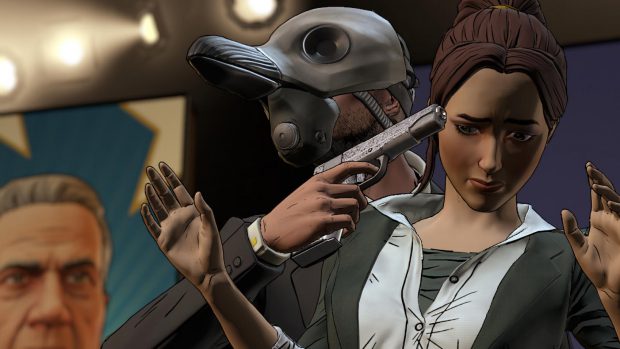 You don’t just make the decisions of Batman and Bruce how you make the decisions will impact the gameplay.  As I mentioned before if you decide to make rougher fighting choices you might have both the bad guys and the public fear you.  How you handle Bruce’s decisions both publically and behind closed doors will decide what of the many betrayals of Batman that have been used over the years.  In this game it is all about Telltale’s traditional animation style which looks like it was lifted right from a graphic novel and set in motion.  I have loved this style since the first time I saw it in Fables: The Wolf Among Us which then got me to go and play The Walking Dead Season One and Game Of Thrones, so by now I am used to the animation and play style that has carried through.  The major key to know is that when it comes to fighting or even dialog choices, everything is timed so that a delay can mean no decision or silence – think fast! 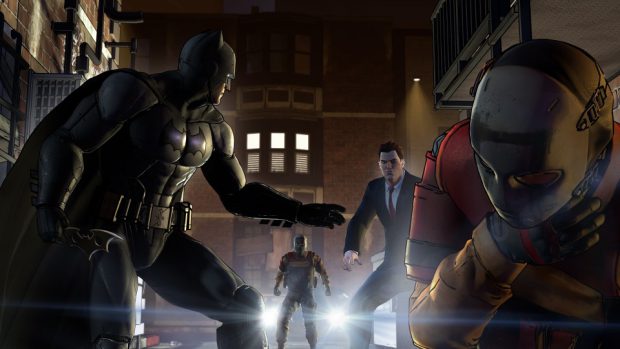 Batman: Telltale Series is by far one of my favorite Batman games to play and is in my top 2 when it comes to Telltale games.  The writing, the depth of development that is left to the player and the beautiful stylized animation all helps me know I will be playing it again.  Maybe even on the multiplayer mode from the beginning so that I can see what team Batman would play as.  The only complaint about Batman: Telltale Series is that it had to end, so hopefully they will come out with a season two soon!