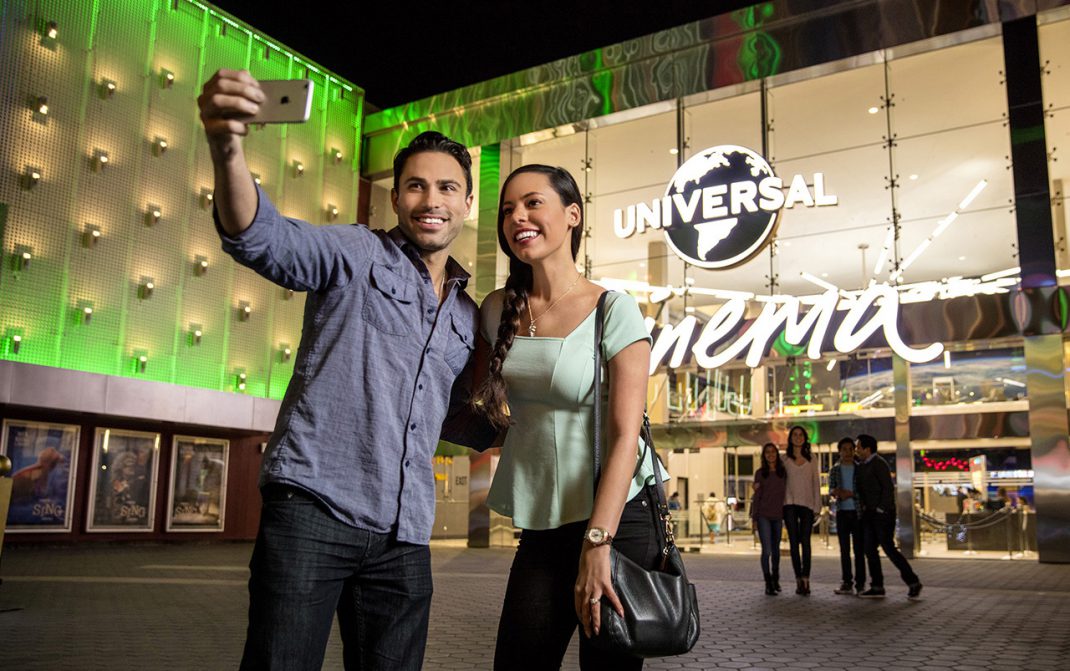 Universal City, California, December 13, 2016 – Universal CityWalk unwraps a multi-million dollar renovation of its AMC Theatre to create an all-new state-of-the-art Universal Cinema, debuting just in time for the holidays and offering movie-goers a chance to catch the latest seasonal blockbusters from the comfort of deluxe, recliner seating.

For film buffs, CityWalk has long been the epicenter for fans seeking an environment that matches the excitement of their favorite blockbuster movies. As part of if its bold revitalization, CityWalk now elevates the movie-going experience to new heights as the 18-screen and IMAX AMC Theatre updates with the most technologically advanced sight and sound achievements.  A complete remodel of the split level structure includes the installation of deluxe recliner seats in 18 theatres—the equivalent of those found in Hollywood screening rooms—making every seat, the best seat in the house.

The Director’s Lounge Cocktail Bar—an all-new dedicated and stylish second level retreat, flanked by the upper level theatres—adds a charismatic new dimension to the space as it blends high-tech elegance with chic sophistication for casual pre- and post- movie-going fun. Beverages served at the Lounge can also be taken into the second level theatres.

Additionally, movie-goers can enjoy $5 Movie General Parking with the purchase of a movie ticket.

The below December holiday film release schedule offers movie-goers a diverse selection of blockbusters to enjoy at the new Universal Cinema, including:

Since 1993, CityWalk has boosted the city’s rhythm through a foundation built on providing memorable entertainment experiences.  With a series of dramatic enhancements currently underway that includes the introduction of new restaurants, shopping experiences, visually aesthetic design features and the completed state-of-the-art movie theatre renovation, the spotlight shines brightly on CityWalk as it continues to resonate as one of L.A.’s most influential lifestyle centers.