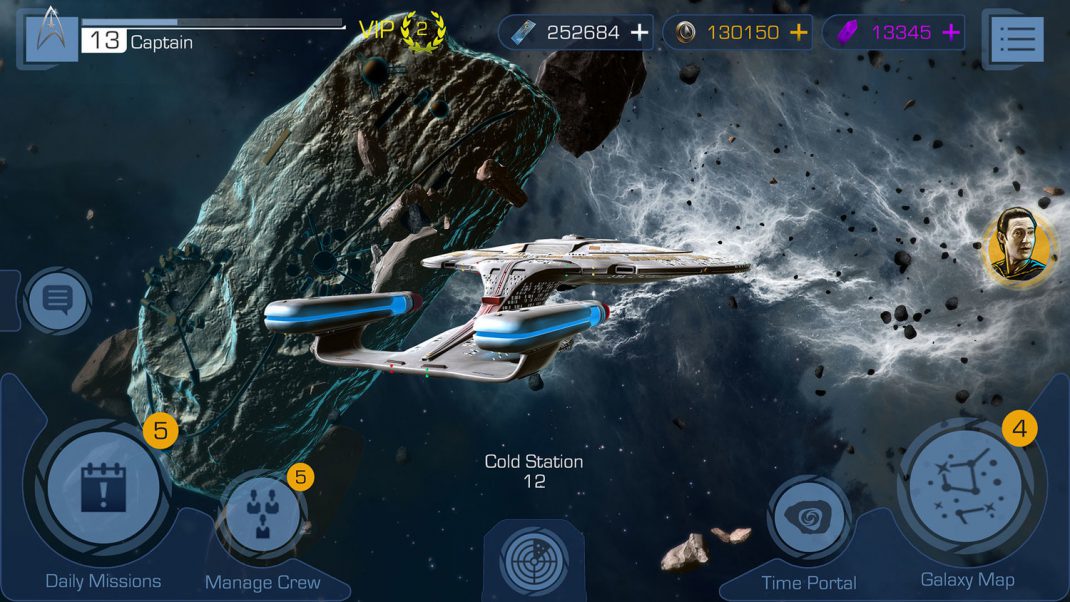 November 30, 2016 – As Star Trek’s 50th anniversary comes to a close, Disruptor Beam continues to celebrate as their highly popular strategy role-playing game Star Trek Timelines is now available on Facebook Games via web browsers and Facebook Gameroom, a new PC gaming desktop app. With millions of fans playing the game on the App Store and Google Play, new and old players now have an extra way to experience the Star Trek universe.

Originally launched in January 2016 for the App Store and Google Play, Star Trek Timelines starts out when a temporal anomaly brings together space and time, allowing players to assemble a dream crew featuring characters from all eras of Star Trek. Players then deploy their crew to resolve conflicts using each crew member’s unique skills and abilities. The game allows players to engage in stunning 3D ship battles, as well as explore the galaxy alongside friends, delivering an immersive game experience to all Star Trek fans.

“One consistent request we’ve heard from our dedicated Star Trek Timelines community since launch has been to bring the action to Facebook,” said Joey Lapegna, Director of Product and Design at Disruptor Beam. “We could not be more thrilled to have Star Trek Timelines finally on Facebook Games and their new Gameroom platform and aim to deliver the same compelling experience as it is now on mobile.”

Star Trek Timelines on Facebook Gameroom and Facebook Games allows for persistent cross-platform gameplay between Facebook and mobile devices as progress made on either platform will be saved and accessible at any time. The Facebook versions of Star Trek Timelines are also available for free and in five different languages – English, Spanish, German, French and Portuguese. Moving forward Disruptor Beam will update both the Facebook and mobile versions in tandem with frequent additions of new characters, starships, features and popular weekly in-game events.