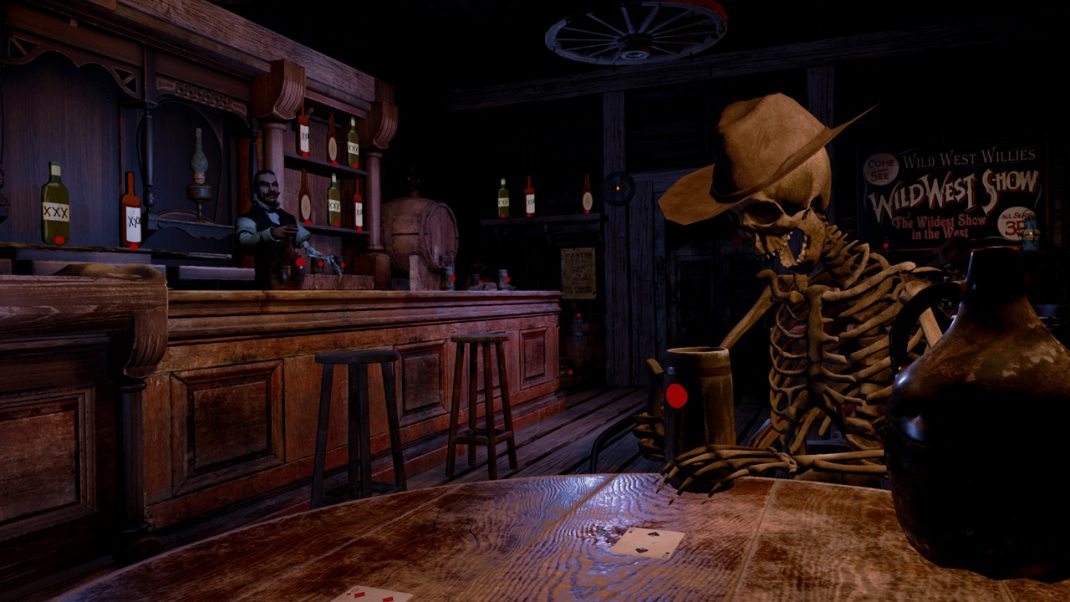 Spectral Illusions is a name many of you video gamers out there might not know just yet. However, if you are a part of the haunted house/haunter community, you will no doubt recognize them as a well-known producer of digital projector effects. I had seen them at various Halloween-related trade shows like ScareLA and Midsummer Scream, so I knew that they made quality effects. What I did not know was that this two-person team was working on what might just be the best “on-rails” virtual reality shooter to date: Ghost Town Mine Ride & Shootin’ Gallery. And it’s out now for your gaming enjoyment… If you dare!

Ghost Town Mine Ride & Shootin’ Gallery puts players in the shoes of a person exploring an abandoned thrill ride – a mine ride as the title mentions. The experience starts off in a small office attached to the mine ride and shooting gallery. From there, you will make your way into the ride, with the first stop being the stationary shooting gallery. Armed with a six shooter, players can shoot at the various targets as long as they like. The shooting gallery experience is extremely well-done, with 1:1 aiming and gun manipulation. Thankfully, the game still has some arcade shooter in its genetics as you have unlimited rounds for your pistol, and reloading is just a simple control press. 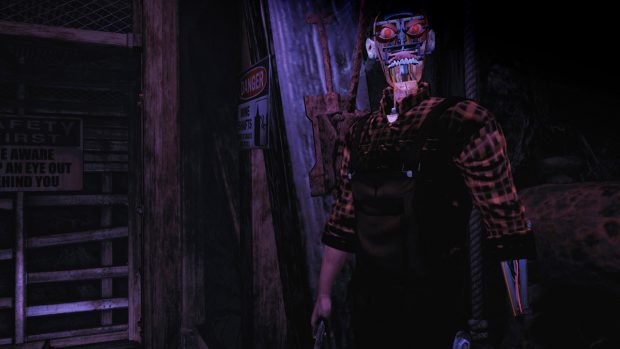 Speaking of controls, Ghost Town Mine Ride & Shootin’ Gallery uses the HTC Vive motion controllers extremely well. Movement is done in real-time, no teleportation here, and I am very happy for that. I think teleportation takes players out of the VR experience. Now, it is true that some players get motion sickness while using virtual reality headsets. If this is you, I would highly suggest you skip this game unless you pick it up just for the excellent shooting gallery. This is because after you shoot your heart out at the shooting gallery, you venture further into the attraction, boarding the mine ride itself. From there… Well, all Hell breaks loose and you are in for a wild ride.

Visually, Ghost Town Mine Ride & Shootin’ Gallery is a beautiful VR experience. The atmosphere is perfect and I experienced a ton of jump scares on this mine ride gone berserk. The sound is equally immersive and just adds to the creep-factor of the ride. In terms of performance, even when the action was crazy and frenetic, the frame rate kept stable and I experienced very little in the way of juttering when I turned my head. You can stand or sit when you board the mine ride, and I highly suggest you stand at moments when you would be standing in the experience and sit when you are riding the mine ride. Have a chair nearby and just be careful not to trip over it, lol. 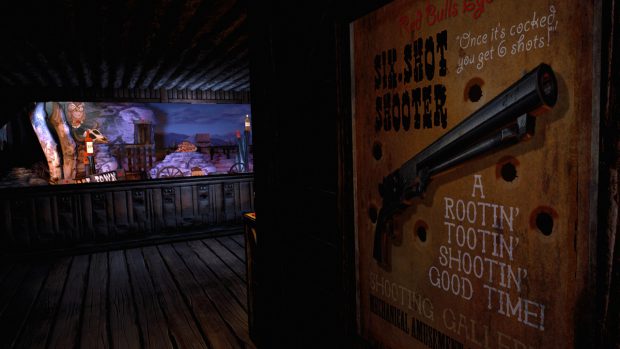 Now, there are some bugs that still need to be worked out. For instance – every once in a great while, I would end up getting thrown out of the mine cart due to a glitch. Unfortunately, there is not much you can do at that point except restart. There are no save points or anything like that. In fact, that kind of issue is where the game’s independent development shows through. For the most part, it is an amazing experience that lasts about a half hour.