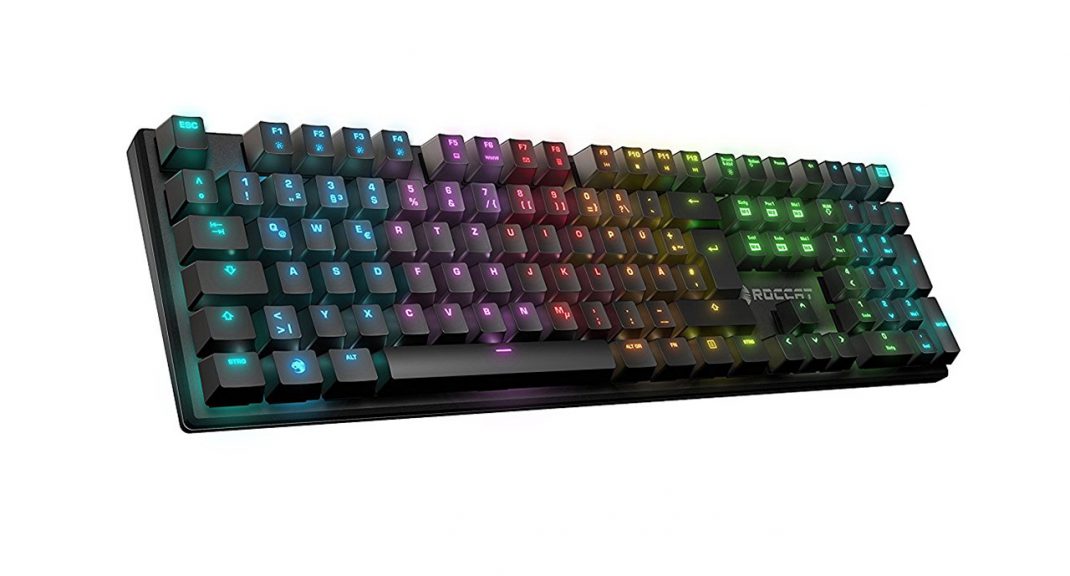 Recently, we got the chance to take a look at ROCCAT’s Suora FX RGB gaming keyboard. The Suora FX RGB features ROCCAT’s signature black and dark gray body and very little extra framing around the key area. With the Suora FX RGB, it’s all about the function and the form factor is very compact despite it being a full keyboard with numeric keypad. 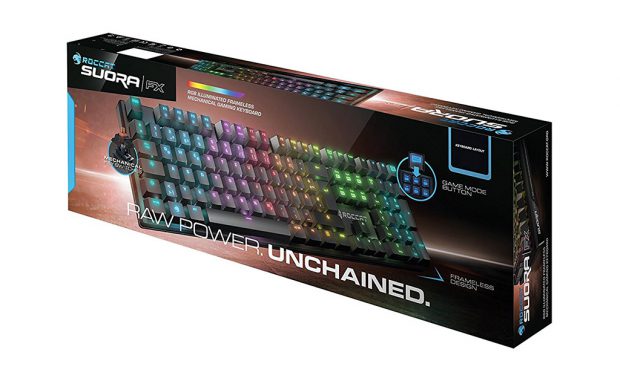 Setting up the Suora FX RGB is easy and utilizes ROCCAT’s integrated Swarm software suite. Unlike other multi-device control suites from peripheral-makers, ROCCAT’s Swarm even has an app for your smartphone that allows full control of your devices from your phone. There have been some reports of issues with the lighting system on Windows 10 machines, but a week ago ROCCAT released a patch for this problem, so you should be good to go.

Typing on the keyboard is very nice, and it has a great “clicky” action that pushes you forward to continue on. I put the keyboard through its paces with Star Wars: Battlefront, Dragon Age Inquisition (doing a replay of it), and Civilization VI. Whether it was the fast-paced combat of Battlefront or the slower gameplay of Civilization VI, the ROCCAT Suora FX RGB performed great. 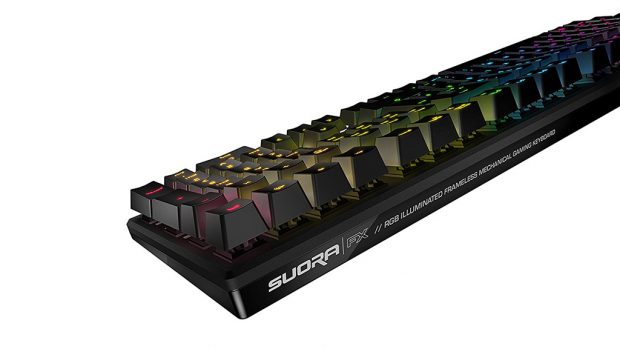 Unfortunately, the ROCCAT Suora FX RGB does have a couple drawbacks. The biggest for me is the lack of a USB pass-through port on the back of the keyboard. These are space saving godsends when available, as it allows you to route your mouse or Bluetooth dongle on the keyboard directly. Also, while the minimalist design is beneficial in some cases, I found it rather uncomfortable without a wrist rest – your mileage may vary.

Overall, the ROCCAT Suora FX RGB is a terrific gaming keyboard for $139.95 and will provide you with the performance and response you need to be successful in your gaming efforts. It might be a bit too bare bones for gamers who need all the bells and whistles, such as on-keyboard profile switching, but the Suora FX RGB is stylish, responsive keyboard with an impressive back-lighting system.

You can purchase the ROCCAT Suora FX RGB at Amazon