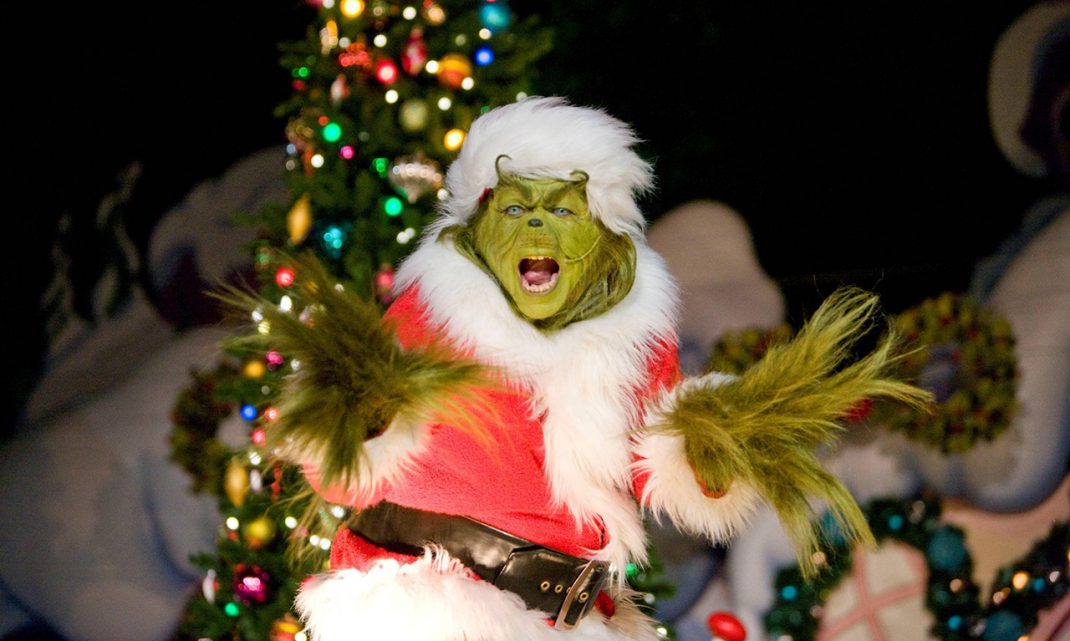 Universal City, California – November 7, 2016 – It’s the most wonderful time of the year at The Entertainment Capital of L.A.SM as Universal Studios Hollywood™ and Universal CityWalk® deck the halls for a wintry calendar of cool holiday activities and scrumptious treats that families and friends far and wide can enjoy.

A grinchy-green “Grinchmas™” returns to Universal Studios Hollywood with a Who-lebration fit for The Grinch, his faithful dog Max and a roster of Who-ville Whos.  Holiday whimsy also will permeate throughout “Despicable Me Minion Mayhem” and the adjoining “Super Silly Fun Land” as a crew of very merry mischievous Minions spread Christmas cheer to visitors of all ages. 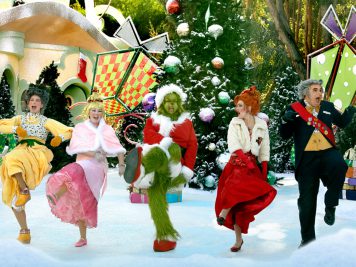 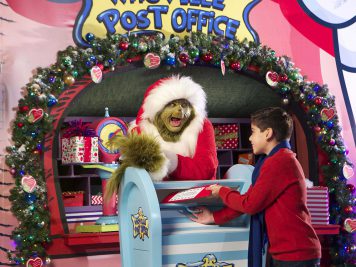 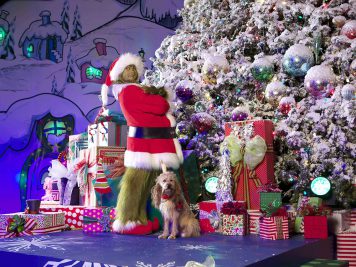 The Grinch and Max at “Grinchmas” at Universal Studios Hollywood

Delectable hot Butterbeer™ will complement the menu at Three Broomsticks™ and Hog’s Head pub when “The Wizarding World of Harry Potter™” at Universal Studios Hollywood debuts this newest addition of the favorite beverage to its offerings of scrumptious fare.  Like its traditional and frozen counterparts, hot Butterbeer is reminiscent of butterscotch and shortbread that’s been perfectly fine-tuned as a Hogsmeade holiday treat.

Universal Plaza, the elaborate grand piazza at the heart of the theme park, will once again serve as the backdrop for the “Grinchmas” event where the towering 60 foot tall whimsical “Grinchmas” tree will beautifully twist and spiral as the ideal photo opp for guests.  “Grinchmas” runs weekends on December 3-4 and 10-11, and daily from December 16 through January 1, 2017.

As part of the fab-Who-lous event, Martha May Who-vier and the Who Dolls will take center stage by the “Grinchmas” tree, performing energetic musical sets to usher in the Christmas season in style.  The Who-liday Singers – a hip boy-band ensemble – will perform nightly a cappella concerts featuring a mix of Christmas favorites and pop rock.

The spirited “Grinchmas” event will also capture guests’ imagination with a variety of inspiring activities designed to create long lasting memories. These include:

The spirit of “Grinchmas” also will come to life aboard the world-famous behind-the-scenes Studio Tour with engaging performances by unforgettable Who-ville Whos re-enacting popular scenes and songs from the family favorite at the original film sets from the blockbuster film, Dr. Seuss’ How the Grinch Stole Christmas.

The holidays at Universal Studios Hollywood are included in the price of theme park admission.  More information is available atwww.UniversalStudiosHollywood.com.

The spirit of the season continues with a wintertime transformation of Universal CityWalk, beginning the day after Thanksgiving on Friday, November 25 through Sunday, January 1, 2017.

A spectacular 40-foot tall Christmas tree will glisten with 200,000 LED icicles choreographed to the lights and sounds of the season in the “5 Towers” plaza. Santa Claus will make nightly appearances and offer special photo opportunities at “5 Towers.”

The iconic, dancing water fountain situated at the heart of CityWalk also will make a splash this holiday season. This modern and impressive fountain displaying over 230 individual power jets will project streams of choreographed water into the air complemented by red and green LED lights and an array of holiday-themed music.