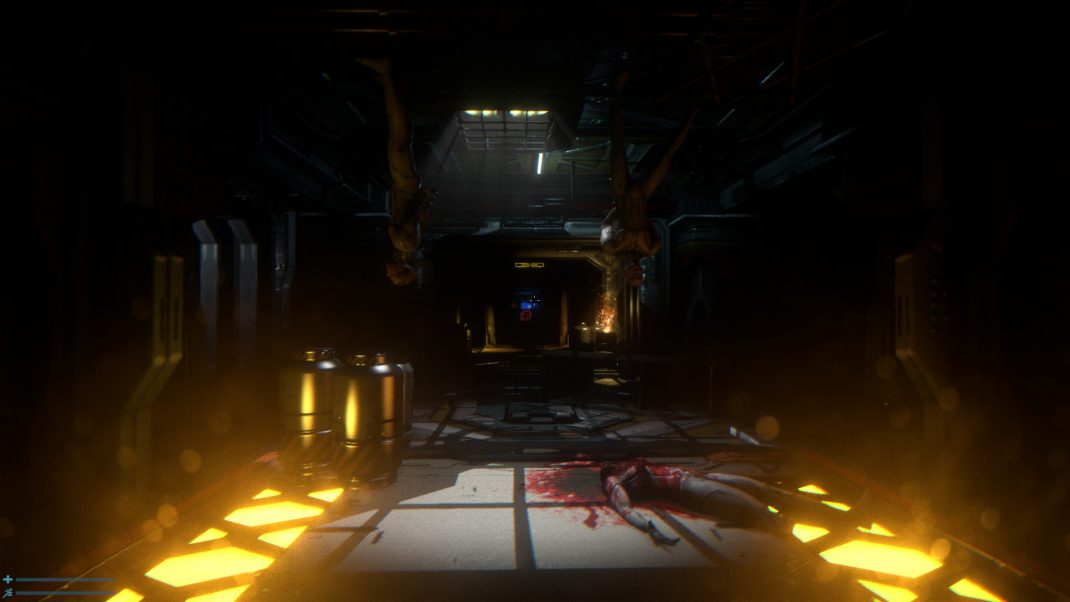 We are knee-deep in the Halloween season and that means it is the perfect time to review some horror games. I recently got the chance to take Camel 101’s SYNDROME for a spin. The player starts Syndrome in the boots of  an officer aboard a starship that has just woken from cryo-sleep. Something terrible has happened on the ship and you fear you might be the only one left. That won’t be the case for long, though, so you better do what you have to do to survive. Monsters do exist in Syndrome, and they are dangerous.

Syndrome is an independent title by Camel 101 and I thought I had not heard of them before until I went to the Steam page for a game they made prior to Syndrome called Mechs & Mercs: Black Talon. Well, there was a review listed on that Steam store page from us! I chuckled to myself a bit (we review a lot of stuff) and sent the developer an email to see if we could check out their latest offering. They sent us over a code to redeem and we went to work.

I explored the bowels of the derelict ship for hours finding weapons, manipulating ship systems, and even eating food and searching bodies. The whole affair reminded me somewhat of the classic PC game, System Shock 2, albeit a lot rougher in comparison. While Syndrome may have many of the usual space horror-survival game genre tropes to chew through, I am happy to report that it also features a lot of tense moments and kick-ass lighting to set the stage for terror. The creepy enemies you’ll face seem to blur the line between humanoid and alien monster, pulling something downright xenophobic out of the uncanny valley to be afraid of. 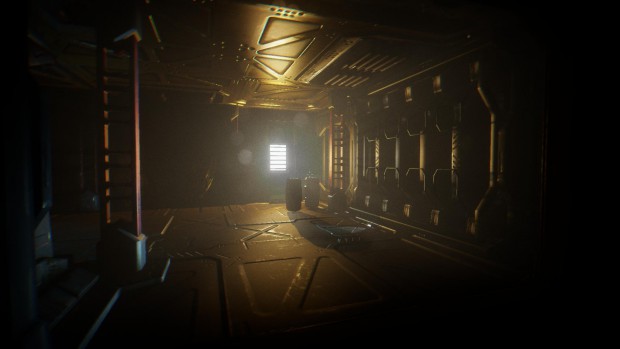 Unfortunately, one of the things that Syndrome suffers from is being somewhat clunky with its movement and melee fighting mechanics. You character doesn’t seem to be very smooth in traversing the derelict space ship and this clunky behavior can definitely be an issue from time to time. A lot of the fighting is done in with melee attacks and when engaging bad guys in that way things feel “off” – the weird timing of enemy attacks and the speed of yours. I would think this clunky behavior is able to be patched out, and I hope Camel 101 gets the opportunity to do so, because there are a ton of tense, moody sci-fi horror environments to skulk around in when trying to avoid things that want to eat your eyes for Jujubes.

The game’s voice acting is alright – you can definitely tell that most of the voice actors are “acting”, but it didn’t take me out of the experience. Heck, I was just thrilled to have any voice acting at all, really. I am surprised by how many independent developers skimp on this feature when it can add a whole lot to the immersion of the game experience. Syndrome has some decent graphics and audio chops to boot – with a lot of the tension coming from the way the developers lit each room and hallway of the ship as well as the sci-fi horror noises you’ll hear when walking around.

Overall, Syndrome is a tense sci-fi horror game with a lot going for it. It absolutely has a lot of rough edges still to sand down, but at $25 dollars on Steam it won’t break your bank account to give it a try – just have a little patience with it. If you are looking to turn down the lights, put on some headphones, and get your fill of jump scares, I definitely recommend Syndrome.