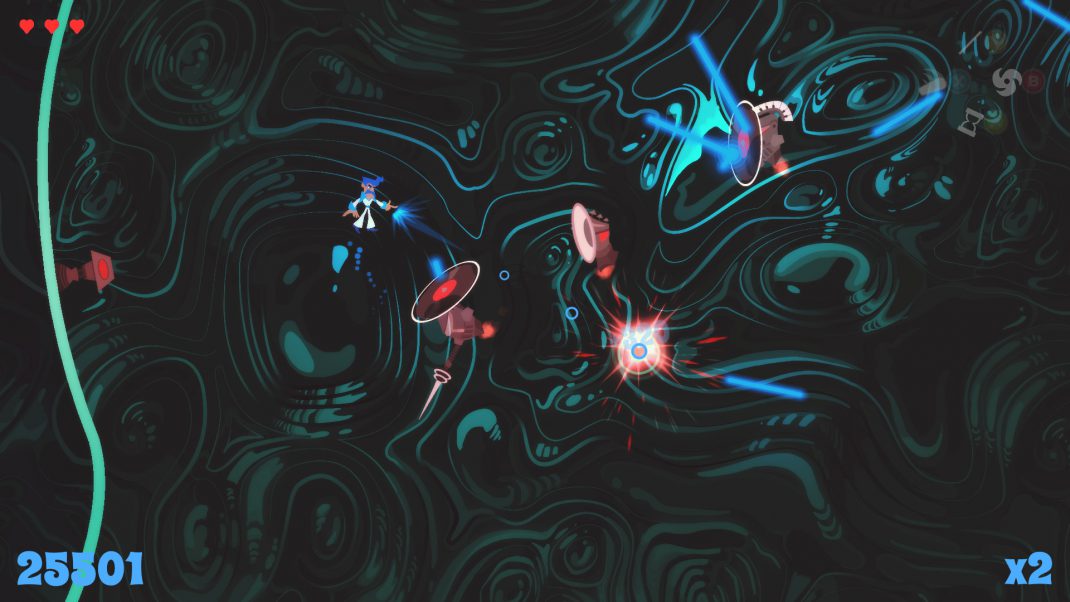 I’ve mentioned a time or two or twenty that I am an old school gamer with a collection of my original consoles and games.  Probably one of my favorites of all time would be the original Sega Genesis system’s game Toe Jam And Earl and it’s sequel Toe Jam And Earl: Panic On Funkatron.  These little known games, if you mention them to people who played them when they were new, immediately bring back memories of “humans” that included moms with shopping carts trying to run you down, chickens with artillery and one of my personal and hardest to deal with ones, The Boogeyman.  You were playing as the titled characters in a terrific fun animated world with a great addictive soundtrack.  Today’s review has a lot of that old heart and feel but with a bit of nail biting action in Laser Disco Defenders! 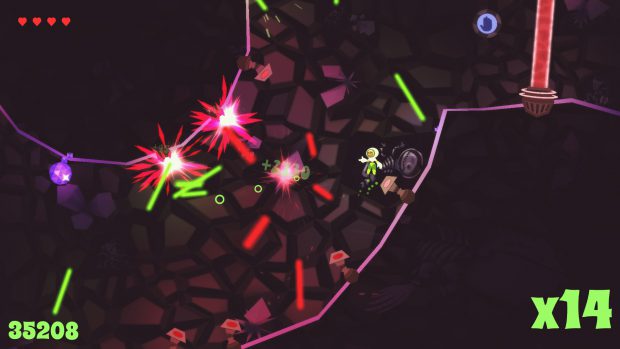 Getting In The Groove:

The animation style, particularly of the ship, and the music soundtrack sound like a tribute to the old TJ&E but with definitely it’s own style and flash.  The main characters are a musical band of space travelers who protect galaxies from bad, monotone music.  That sounds like a simple premise but the game action is really hard and somewhat in the vein of Asteroids.

Your main weapon is a laser gun and the interesting part of it is how your laser bolts respond in what is supposed to be closed in sections of space.  When you think of space we often think of light years, the distance light will travel through space if not blocked.  Well imagine what would happen if your laser bolts could burn through some things but the light reflected off of others. The result would be laser bolts that would burn through certain targets and as long as their energy wasn’t diminished would continue to burn through everything until stopped.  In Laser Disco Defenders the laser bolts NEVER stop unless you leave a level so every bolt you fire will bounce off the levels walls and hit anything in it’s path, which includes you.  So as you are firing at flying enemies and sharp crystals on the wall you have to use your jet thrusters to avoid running into them while at the same time carefully firing bolts knowing they will ricochet off of surfaces and can continue to destroy enemies but might also come back to haunt you.  Some of your enemies fire laser bolts too so that suddenly the screen is full of bolts to dodge as well as enemies.  It is pretty nailbiting except the fact that you need both hands to stay alive. 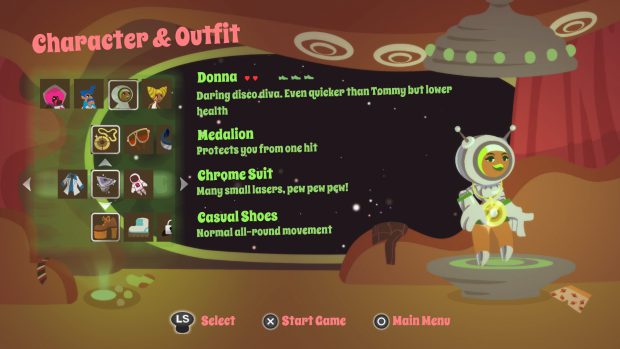 Each member of the band can be outfitted with different gear but the main difference between them is a health to speed ratio.  The bigger the crew member the more health but the slower they are.  On lower levels speed doesn’t play in as much but when you hit higher ones and you are dodging lots of bolts you might want to trade a couple hearts for higher speed.  The fastest crew member only has one heart so can only take one hit.  That is where the gear you get comes into play.  Some gear allows you to be hit more, other gear makes you faster.  The key is picking the right gear for your play style.

Then comes the main reason I took this review.  I was watching a trailer for the game and Mrs. Ripper heard the soundtrack and said she really, really liked it.  She said it reminded her of Toe Jam And Earl so I picked up the review and had the music playing loud while I played and playing in the background while doing other stuff.  This game keeps your eyes and hands busy while providing a treat to the ears. 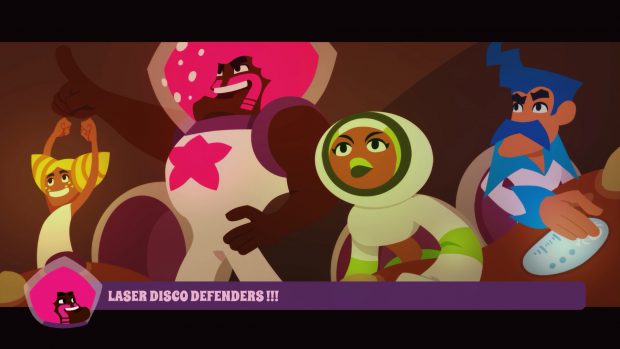 I just titled these final comments “Last Dance” but that was just saying I am wrapping up the article, I am by no means done playing the game.  Laser Disco Defenders is an easy game to jump into for some quick fun while at the same time hearing some funky tracks.  It has tons of charm while at the same time being a very challenging play, but not so bad that you get frustrated.  It seems Disco never died it was just waiting for this game to play some more.