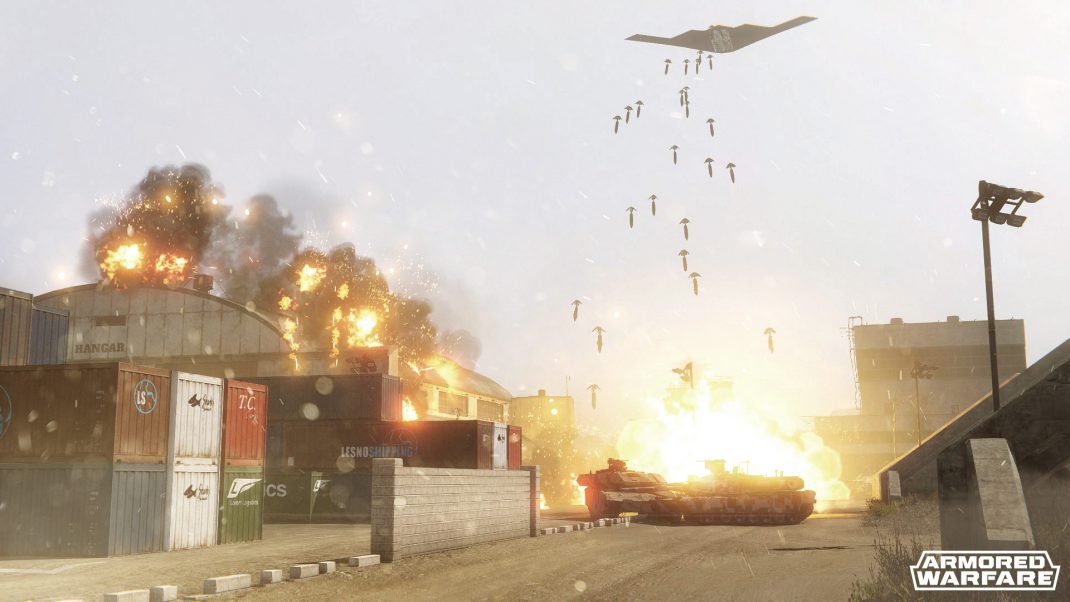 Amsterdam, The Netherlands – October 27, 2016 – Today, Obsidian Entertainment and global publisher My.com, released the new Global Operations mode for Armored Warfare. Global Operations is an exciting new approach to the tank genre, fusing PvE and PvP game modes together in a unique and explosive mix. Teams of tank commanders will not only compete against each other, but can now capture tactical bonuses that give their team a strategic edge over their adversaries. These tactical Wildcards modernize the theatre of war by adding surveillance drones, stealth bombers, and deployable anti-tank turrets functioning as support for either team. Global Operations is played on Desert Crossing, the largest map the game has ever introduced, which features game changing weather effects like a sandstorm that limits the player’s view range.

One important new feature in the Global Operations mode released with the update 0.18 is the option to deploy Wildcards. These are special abilities that, based on their use, can have a major effect on the course of battle.

Read all about the other introductions made to Armored Warfare HERE: aw.my.com/us/news/general/introducing-update-018