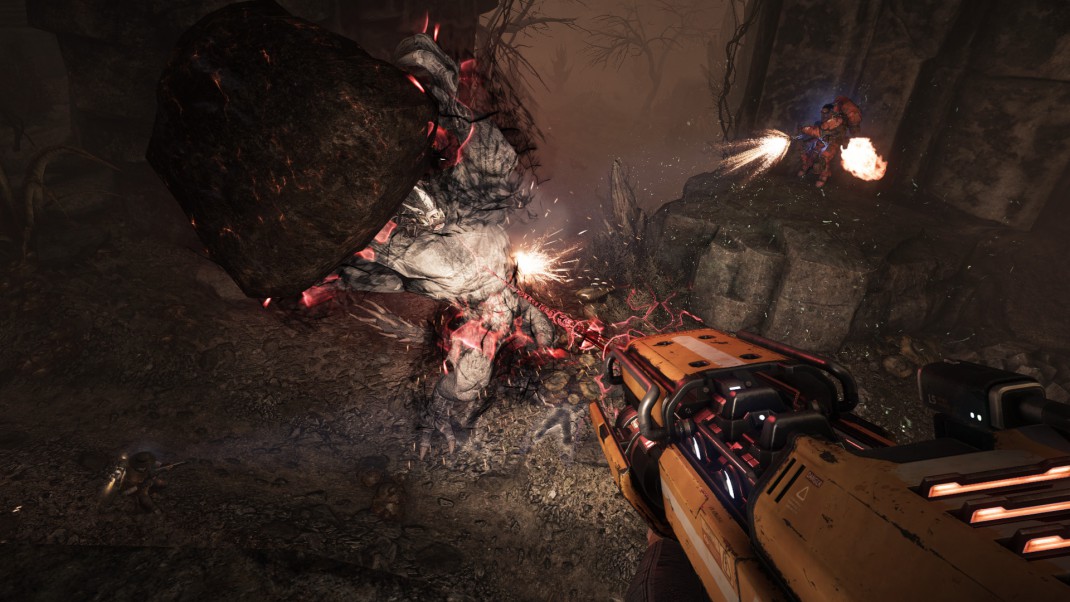 In this post on the official Turtle Rock forums, the developer has announced it is ceasing its support of EVOLVE.

Seems like the greater things you aspire to, the more time it takes. We had huge aspirations for Evolve, and while we got to spend five and a half awesome years on planet Shear with a ragtag group of Planet Tamers and fearsome Monsters, it still doesn’t feel like enough – we were hungry for more but unfortunately today is the last day that Turtle Rock Studios can work on Evolve.

It’s always hard to leave one of our games behind. Left4Dead was no different and now it’s Evolve’s turn. There will always be a special place in our hearts for our past projects. No matter what happens with Evolve in the future, we’ll know it was born in this studio and developed by this team alongside this beautiful community.

This is the life of AAA game developers who aren’t self-funded and don’t own their own IP. We don’t get to make the call. We all know that going in but we still sign the dotted line because we love what we do. We are happy to have gotten the opportunity to do something risky, something new and innovative. We created a brand new Sci-Fi world. We got to go to planet Shear and interact with alien flora and fauna. We got to hunt down, trap and kill giant monsters together. We got to BE the monster. What an awesome experience.

The last five and a half years represents so much. We are so proud of Evolve, the Turtle Rock team and the Evolve community. Getting on the forums, Reddit, Facebook and Twitch and talking directly to you has been a highlight of many of our careers. On no other project have we ever been able to interact so directly. The Evolve community is the best we could have hoped for and we hope you come with us and become a part of the Turtle Rock community.

We want to thank all the people at THQ who initially believed in us when we were that tiny studio in a little converted warehouse with a dream of making something truly different. Thanks to 2K for picking up the mantle out of THQ’s bankruptcy and making Evolve one of the most anticipated games of 2015. Additional big thanks to 2K for reaching outside their comfort zone and funding Evolve: Stage 2 by taking a AAA game free to play, which was a first for all of us.

Most of all, we want to thank you, our players, for supporting Evolve and Evolve: Stage 2, many of you from the very beginning. You embraced our vision and fell in love with it just as we did. We have learned so much from you. Thank you all for your feedback, your support and your dedication.

We love this community and don’t want to say goodbye via a letter on a website, so we’ll be hosting one final Evolve-themed Livestream on Thursday, October 27 at twitch.tv/evolvegame starting at 12 PM Pacific Time. We’ll be there talking about our experience on the project and answering as many of your questions as we can.

There’s a lot that we really wish we could have done, especially taking Stage 2 to consoles, but it looks like that’s just not meant to be.

Those of you who’ve followed Turtle Rock Studios, this is not goodbye. We have lots of stuff in the works that we hope you’ll enjoy but we are departing on the Laurie-Anne for the last time and must bid a farewell to the planet Shear.
We’ll see you all again, another time on another world….

So long, Shear. It’s been an adventure.