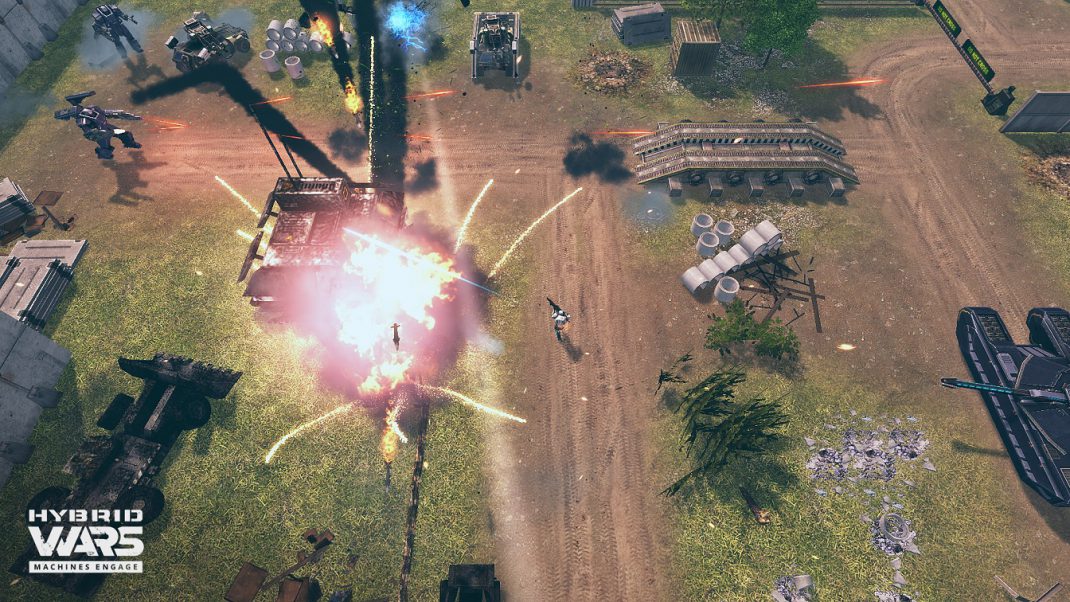 If you are like me, you have discovered a fondness for most games under the Wargaming.net banner beginning with World of Tanks, a game that blew up on the scene about six years ago. They’ve shown up at E3 throwing great tournaments and parking tanks out front but most importantly they show up with solid, remarkably well balanced PvP games.  They didn’t stop at tanks – instead, they added World of Warplanes and most recently World of Warships, all while also expanding onto mobile devices and console platforms.  All three of these games have had the same 3rd person/first person play perspective with occasional top down and the general idea being why fix what isn’t broken?  Well Hybrid Wars is changing the game for Wargaming and it will remain to be seen if the fans will make the jump with them.

I play all the Wargaming.net titles on all their available systems, many as early as Alpha phase.  I have the U.S.S. Texas challenge coin I bought with hopes of winning a free code (no luck but it looks nice in my challenge coin collection), I have a World Of Tanks cap I won at a World of Warplanes contest, and I have a couple little plastic World Of Tanks artillery tanks that are similar to the ones my nephew was certified on and used in Iraq and Afghanistan. My dream toy would be one of the World Of Tanks remote control tanks they gave away at E3 2011 as prizes.  I want all this out there so you know just how much I was looking forward to Hybrid Wars when I heard Wargaming was bringing us exoskeletons, helicopters, and mechs all in one game! 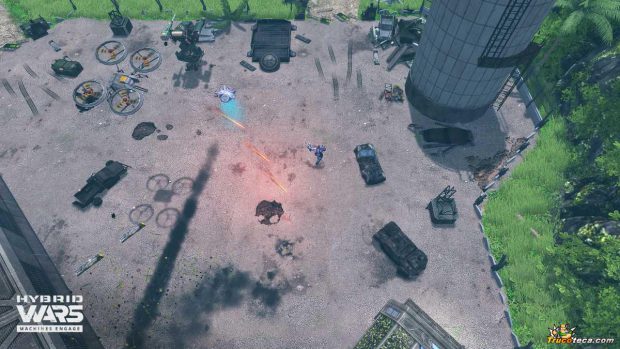 Then a very strange phrase started popping up: top down shooter.  WoT used that for artillery, and WoWs used it for carriers but it was all done very strategically, you shot with artillery but with time in between and understanding “leading targets” and “splash damage” and WoWs carriers was giving orders.  Hybrid Wars is a top down shooter set in the style of ’90s with hyper waves of enemies coming at you from all sides such as Jackal, 1942 or well the fact is though it was considered a ’90s style gameplay it hasn’t gone anywhere, dozens of games come out every year with this format quite often the theme is really the only difference.  Some notable recent ones would be the terrific Alien Breed Trilogy and Livelock but the main difference usually winds up just being what you kill and general theme.  Zombies have been a huge one for sure, swarming as you spin in circles shooting.  So the key question is why will people play Wargaming’s top down shooter besides brand loyalty.

One thing in it’s favor is that you have different characters you unlock much like you unlocked vehicles in the other games.  Each character has a tech tree to build up, as well as favorite vehicles with tech trees.  These help you to definitely customize your experience. You might like the exoskeleton build of one character but the mech of another so you choose which your more likely to spend time with your play style.  This is one of the key differences from most other top down shooters but very similar to Wargaming’s other game builds, it’s not about getting new weapons as much as upgrading and modifying what you are working with.  At the same time though if you have ever played a top down shooter you can jump right into the game shooting everything and even destroying many parts of the environment.

There is a single player campaign and multiplayer is Co-Op which are two definite departures from play format.  The campaign is a bit short and mostly consists of “ok now go destroy these enemies, now protect this tower by destroying those enemies” which felt a bit thin.  Without PvP multiplayer like Wargaming’s other titles I’m not sure how many people will be willing to spend their money on the game. 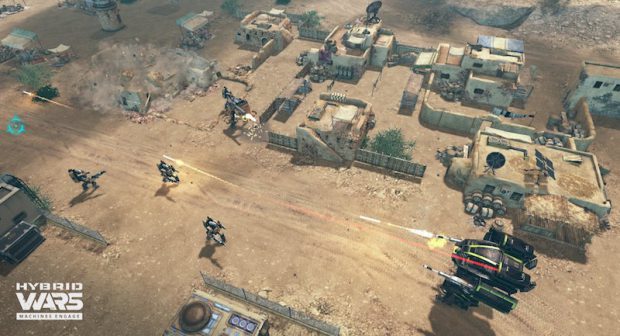 That is another big change.  Players of previous titles are used to being able to play for free only playing for premium vehicles (like the Ripper I dream about so much) so that if they wanted they could get a great experience without hitting their wallet and there is a price tag on Hybrid Wars as well as a price to get more characters for it.

I get the feeling we will be coming back to Hybrid Wars. It has a season pass which is currently for sale and it will be interesting to see what they come out with.  It is already a lot of fun with lots of replay value, even if just considering building up each character’s traits and vehicles, though you only start with one character with the prime game, two with the deluxe and a third possible if you link to Wargaming.net, and at Wargaming.net you can buy even more expensive sets to get in game gold.  Let’s just hope it brings in the sailors, tankers and pilots who have been playing and making one of the best gaming communities on the net.