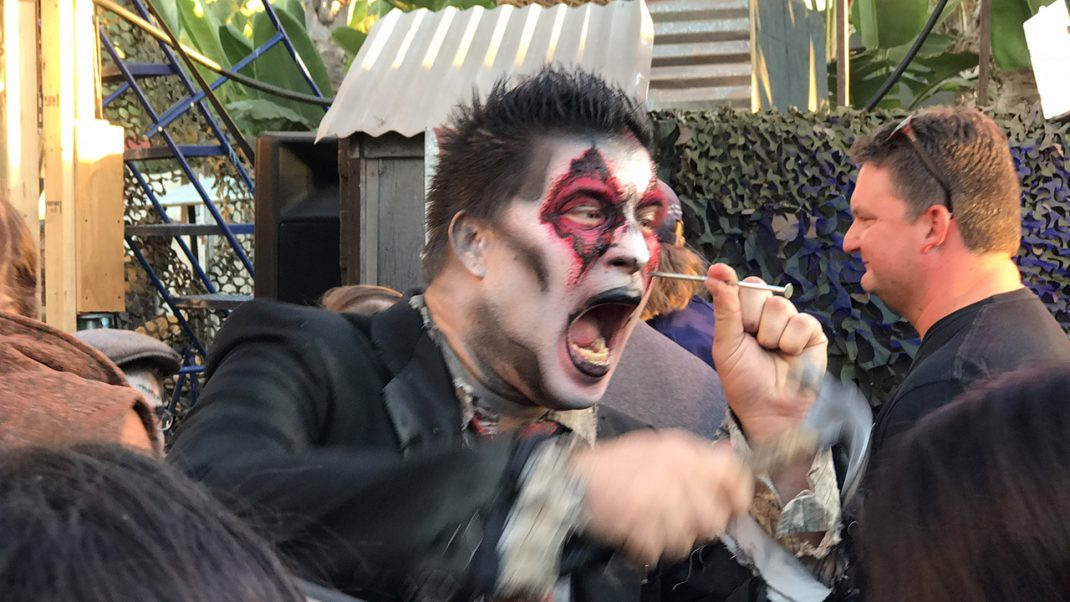 For the past few years the Queen Mary has set sail for Halloween with a sizable event to compete with local heavyweights Halloween Horror Nights and Knott’s Scary Farm. 2016 is no different and California’s most legitimately haunted Halloween event welcomed fans aboard yet again.

Full disclosure before we get into our review; I did serve as talent at a competing Halloween attraction for over a decade. Those days are long behind me now as I turn my enthusiasm towards a critical eye for the haunt industry. 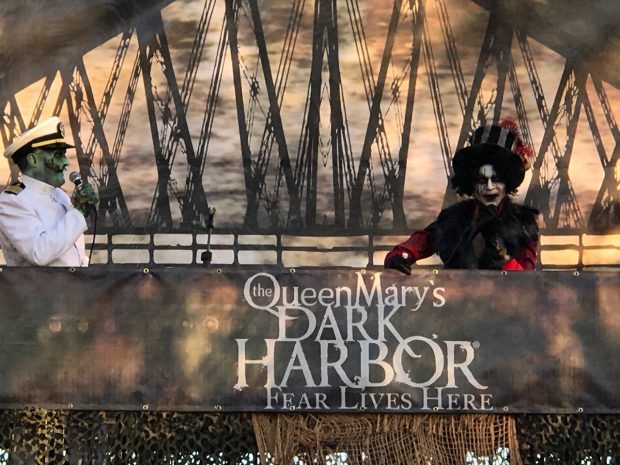 Dark Harbor at the Queen Mary has long been one of my favorite Southern California haunts. The design team knows full well the massive benefit that their host location serves them and they play directly to its strengths year after year. The Queen Mary has a long history as one of the world’s most haunted places and the team at Dark Harbor takes this opportunity to throw you right into the middle of those hauntings, sending you through the cramped bowels of the ship, diverting you to some of the most notorious locations like the ship’s pool and boiler room, and bringing you face to face with some of the more recognizable ghosts at the center of the ship’s stories.

The mazes at Dark Harbor, for the most part, have character and it shows. One consistent that I enjoyed tremendously is that almost every maze starts with a private moment with a character that brings you into the world of what you’re about to see. Take Lullaby for example. Lullaby is centered around the ghost of ‘Scary Mary,’ a little girl who long ago drowned in the Queen Mary’s pool (true story). Guests are staggered and sent through in smaller groups and are sent down the dark stairs into the lower decks of the ship by themselves so that they can start their experience by coming face to face with the clergyman presiding over Mary’s funeral. He welcomes you, says prayers for Mary, and warns you of what lies ahead. In fact, every maze is built around the concept of a singular character. The aforementioned Lullaby with Scary Mary, Dead Rise featuring the Captain, or Intrepid with the all new Iron Master. 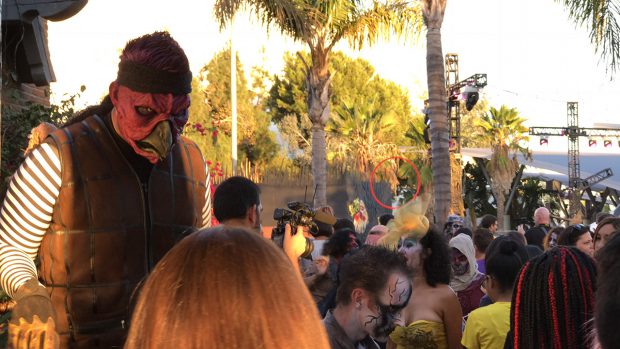 Dark Harbor breaks down like this; Three mazes aboard the ship, two mazes inside the nearby dome, one maze outside in the midway and a handful of upcharge attractions. Of all of the attractions, I would have to say Circus was my personal favorite. Circus features a new layout versus previous years and feels like an all new maze. Circus begins with a pair of clowns guiding your group into fake hallways and dead ends before allowing you into the maze proper which is full of interactive rooms like a knee deep ball pit to crawl through or a hallway full of moving floors. Circus is located inside of the dome right next to the all new Intrepid which has the distinction of being one of the biggest disappointments of the night.

Intrepid tells the story of the Iron Master, the man in charge of building the Queen Mary. You are invited aboard his train to take a journey to his scrapyards where demonic steel workers slave away over molten iron. Unfortunately a majority of this maze felt unfinished as we were walking past unpainted walls and barely decorated scenes. What did work, however, was the wide open spaces utilized in the maze to allow their sliding talent some room to breathe and do their thing. 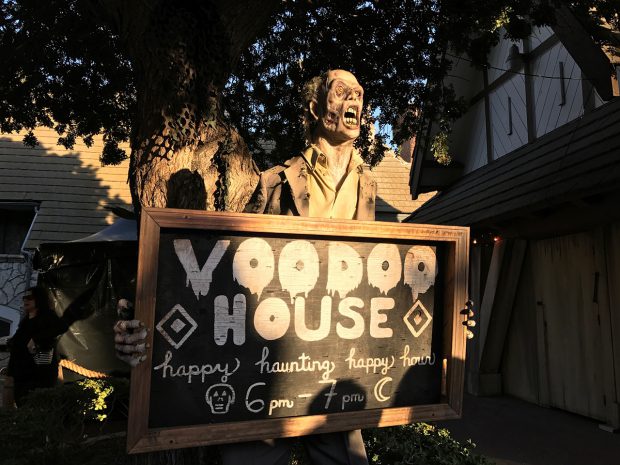 As far as the up-charges go, they can be skipped over for the most part. Hex is a paintball shooting gallery, nothing more, nothing less. Panic 4D is a short animated film with in theater effects like smell and water featuring CGI ripped straight out of 1998 and an over use of a poking effect that left the center of my back sore after the film was done.

Overall, Dark Harbor at the Queen Mary continues to be a standout Southern California halloween attraction. Its a great, and cheaper, alternative to other local Halloween theme park attractions and shouldn’t be missed, especially as it hits its stride in its seventh year