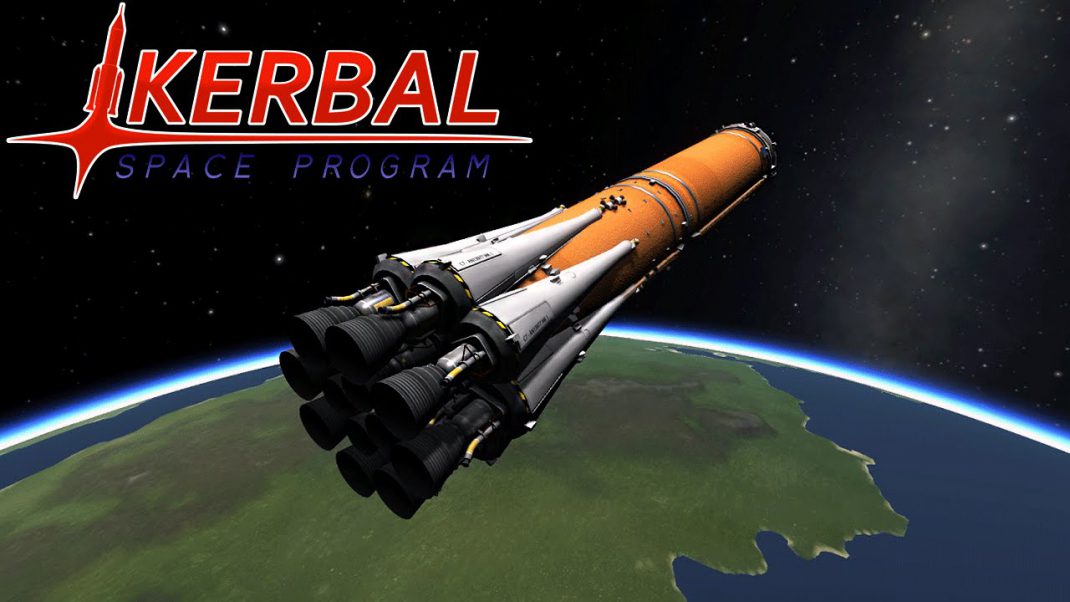 Kerbal Space Program is the very first game produced by Squad, an interactive entertainment company based in Mexico City.  Kerbal Space Program (KSP) is the dream of Felipe Falanghe, who was prepared to quit Squad to work on this game.   Adrian Goya and Ezequiel Ayarza, owners of Squad, told Felipe that he could keep his job and work on this game once his assignment was completed.  The final product is probably the nerdiest game I have ever had the pleasure of playing, allowing me to toy with both the science of space flight and the insignificant lives of the little green Kerbals that foolishly volunteered for my space program.

Kerbal Space Program does not have a story line in the conventional sense, but it does have a narrative depending on the game type you pick.  KSP has three game modes:  Career, Scientific, and Free Flight.  In Career, you have to manage everything for your space program, from funding to reputation to research and development.  This mode is the most story like, since you have to research new items and run the risk of ruining your space program.  Scientific mode does not have the funding or the reputation stakes that Career mode has, but you will still need to have successful launches in order to earn points to unlock more items for your space crafts.  Free Flight mode is just that, everything is unlocked and there are no stakes.  Just build your ship and let it fly. 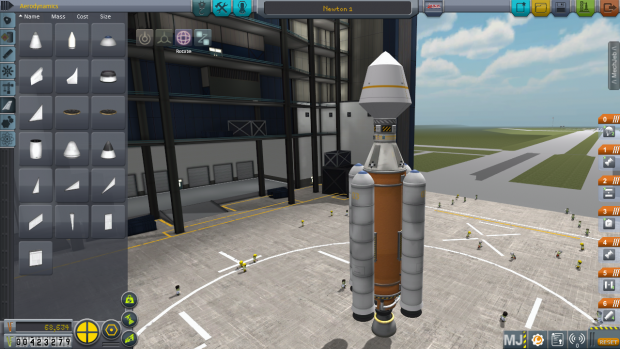 I am usually one that feels when a game is lacking in story, the game is lesser for it.  KSP does not have a story line, nor any type of character development or plot, but I never once missed it.  I was so focused on keeping the reputation of my space program up, while developing space craft that would not burst into flames the second I hit the launch button.  The lack of a story here will not impede your joy with KSP, that is, as long as you get a kick out of playing as a rocket scientist.

Kerbal Space Program is one of those games that is easy to get into, but hard to master.  There is some deep mathematics and physics going on here, but it never feels academic.  The tutorials do a great job in getting even the worst of us into understanding orbit and escape velocity.  Starting off in Free Flight mode allows you to really mess with the different ways you can build a space craft, and the ways it all can go wrong.  You will have access to quite a number of different options, from hull designs to engines to fuel storage and wings.  You can build the classic rocket or a shuttle type craft that can use a landing strip to launch and land.

I spent most of my time in Career mode, where you begin with a small amount of items based on an entry level space program and develop from there.  Building your first rocket is easy.  KSP gives you a cabin, parachute, and engine.  As long as the engine and the parachute fire off on different stages, then there really isn’t a way you can kill your first Kerbal.  A safe landing increases your science points for more items, and your reputation to keep the facility open.  On my second try, I was able to get my Kerbal into orbit, which really impressed me.  Then it hit me, how do I get him down?  Well, that particular Kerbal may still be orbiting the planet to this day, but the knowledge I learned from that flight was vital.  Being able to reset a flight immediately without penalty helps to, especially for the weak at heart who can’t stand to see their little Kerbals fall back to the planet.

Just escaping the planet is a task, but when you factor in the many planets and moons you can launch your Kerbal to, or what your Kerbal can do during a E.V.A., you will be busy for hours.  KSP is like having a Lego set that will occasionally explode into a fireball of debris and little green people.  For me, either Career mode or Free Flight mode are the way to go.  Science mode felt pretty much useless to me, and didn’t offer anything that the other two modes didn’t. 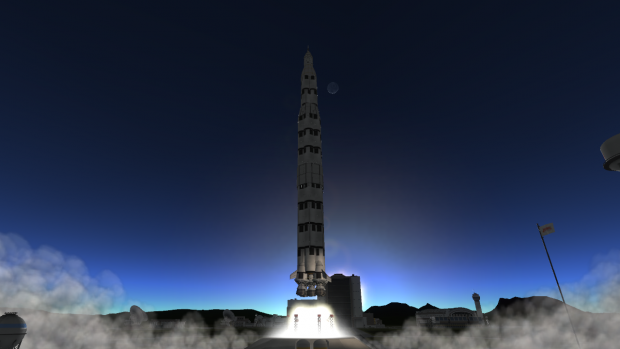 Kerbal Space Program will not win any awards for aesthetic, sound design, or voice acting.  The graphics and visuals are basic, but do the job that they are intended to do.  Sound design is exactly the same, you get the sound of the engines but I wouldn’t expect much more.  Voice acting is all but non-existent.  Beyond a few grunts or groans, the Kerbals are mute.  I couldn’t even get one to scream as the rocket plummeted head first into the mountain ranges that surround the space facility.  None of these lack of visual or audio polish should deter you from playing Kerbal Space Program.  The game is solid and fun to play, even without cutting edge graphics or a Hollywood celebrity voicing the Kerbals.

Kerbal Space Program is a blast to play.  Period.  It is a challenging, scientific, space simulator that feels just about right and realistic, without pushing it too far.  The physics in KSP behaves almost perfectly without being frustrating.  The sense of accomplishment one gets from a successful launch and recovery, will only push  you and your Kerbals to expand  your space empire further and further.  Having the three different modes means you will find a mode that is perfect for the type of game you are looking for.  Kerbal Space Program is a great game for those that are looking for a challenge and to be able to see if their creations can fly.  This one is a must own for anyone interested in a challenge.  Kerbal Space Program is available now for the Xbox One.