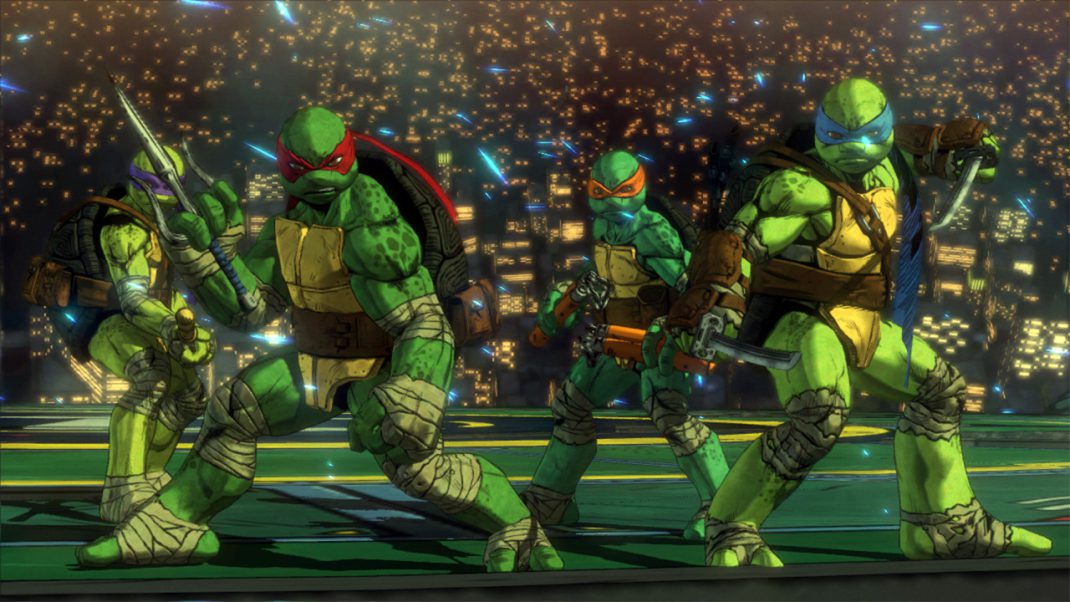 Platinum Games and Activision have brought us video game’s latest attempt to bring the world of the Teenage Mutant Ninja Turtles to life in digital form with Teenage Mutant Ninja Turtles:  Mutants in Manhattan.  I would like to preface this review by saying that I have been a massive Turtles fan since my first TMNT comic way back in 1986.  The cartoonization of the Turtles left me somewhat disliking that particular version, making me always see the comic version being the true version, and anything other than that not up to par.  The Turtles have starred in five different tv shows and five movies spanning two franchises, all based on the non comic versions of the Turtles.  The last tv show by Nickelodeon, I have to say, has been the best of the lot for me and I was extremely happy when I saw that this game would be based on that show.  That happiness did not last very long into the game.

The story for Teenage Mutant Ninja Turtles:  Mutants in Manhattan is your typical TMNT story line.  Shredder and the Foot clan have joined forces with General Kraang and the rest of the Kraang to unleash their next generic evil plot and the Turtles must rise up to stop them.  The story is pretty much taken right out of one of the Nickelodeon cartoon episodes, so it feels like I’ve seen this story a million times before.  There really isn’t anything special going on here at all. 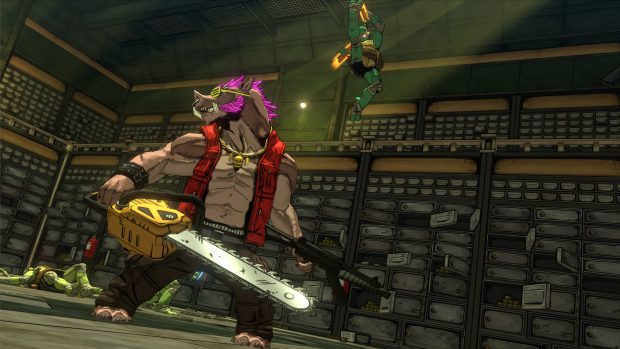 The good news is that the developers don’t take anytime at all rehashing the Turtles origin story, since they are assuming that you already know that by now and don’t need it retold again.  There isn’t any character development, no surprise endings or twists, and really nothing more here then a generic Turtles story from a kids cartoon network.  Which is why I wish a developer would one day do a comic version and allow for much more character development, especially in the area of the constant clash of power between Raphael and Leonardo.

Teenage Mutant Ninja Turtles:  Mutants in Manhattan sticks with a video game genre that fits the franchise quite well:  the beat ’em up.  You select one of four Turtles, outfit your turtle with a load out (more on that later), then head into the stage where you will bash in the heads of every enemy the game throws at you, until you reach the arbitrary amount of baddies to start a boss battle.  The buttons do exactly what they do in every beat ’em up in the universe:  light attack, heavy attack, dodge, and jump.  By pressing left trigger, you can summon your Ninjitsu Power to defeat the enemies as well.  Each turtle will have their own special power, along with a series of generic ones that can be switched out via the load out screen.  As you level up through the game, you unlock upgrades to your ninjitsu powers.

This is all a very good base for what good have been a very good game, however, it ends up just being bland and boring.  The combat, which is the heart of Teenage Mutant Ninja Turtles:  Mutants in Manhattan feels lack luster.  Your blows never feel like they have any impact, in fact I was never sure I was hitting anything half of the time.  You can spend the entire game just spamming the regular light and heavy attacks and win all the battles, making the ninjitsu moves unnecessary.  Then there are your a.i. partners.  You see, Teenage Mutant Ninja Turtles:  Mutants in Manhattan does not support local co-op, so either you play online or solo.  If you choose to go solo, your team mates are morons.  Sure, they will try to save you if you go down, but I witnessed my a.i. companions trying to diffuse a bomb in the middle of the railroad tracks and were continually run over by the subway train.  The a.i. just would not move them out of the way.  You can switch between turtles as you play, but that just means the a.i. is now in control of the turtle you just left. 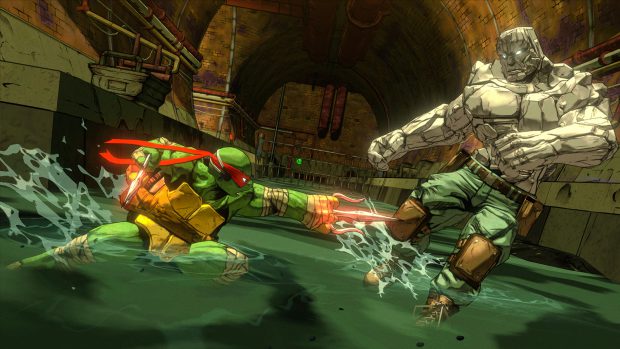 Platinum Games did the right thing and did Teenage Mutant Ninja Turtles:  Mutants in Manhattan in a cell shaded style, but the turtles all look a little goofy to me.  I’m not sure exactly what it is, but there is a small detail gone awry here somewhere.  I like the looks for most of the game, but each individual turtle just looks….off.  The colors are nice and match the cartoon well.  The turtles do sport their iconic colors from the cartoon series, though I would love a game that has them in their standard comic red eye masks.  Again, wishing for more of the comic turtles then the cartoon ones.

Voice acting is solid and the turtles sound pretty darn close to the actual television show, though they did not get the actual actors for the game.  For instance, Nolan North is Leonardo instead of Seth Green.  North does an outstanding Leonardo, but fans of the television show will be able to tell the difference if they listen closely.

Level environments are boring and typical for a Turtles game.  You fight in the subway, the streets, sewers, etc.  I found it fascinating, of course, that the streets level was completely devoid of any human life.  While I have never been to New York, it is hard for me to be able to imagine a time at any point of the day where a neighborhood is completely devoid of any life at all; no traffic, no people, nothing.

As much as I wanted to, I just cannot like Teenage Mutant Ninja Turtles:  Mutants in Manhattan.  The look and the base game play are solid, and you can see a very good game lies beneath all of the garbage that got piled on top.  The combat, the root of the entire game, is boring and has no punch at all.  The ninjitsu powers are pretty useless when you can beat all the enemies just by spamming your basic attacks.  The dodge/counter mechanics feel clunky at best.  The levels are lackluster and completely devoid of life and soul.  Finally, the story is nothing special, at all.  You have seen this story a million times in a million Turtles episodes over the years.  I just cannot recommend this game, even to a hardcore fan of the television show.