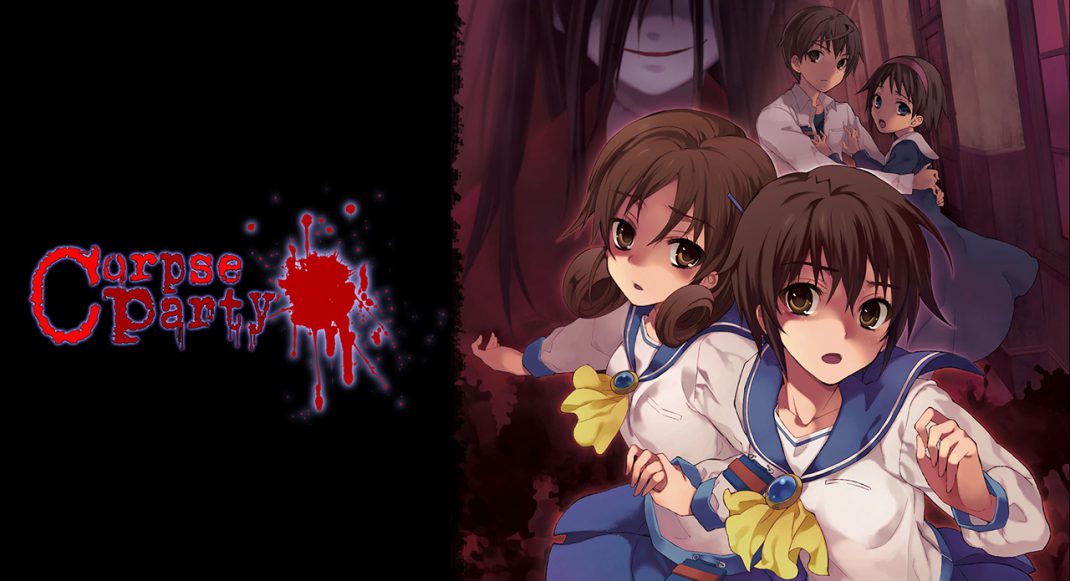 Independent games have always been hit or miss with me.  For everyone that I find just beautiful and fun to play, there are twenty that I could not ever see myself playing another minute and that is only thinking about what is released in the United States.  Japan’s independent game scene is a little bit different then ours, many dojin software creators make the games more for fun then profit.  The industry isn’t driven by profit or exposure, but more about making a fun game that the developer wanted to play.  Dojin software games, therefore, have a tendency to be more polished and more fun to play, since they are not rushed out to make a profit.  Developer Team GrisGris and publisher Marvelous USA have released one such product in Corpse Party, a Japanese role playing game that was originally released in 1996.  Corpse Party went on to be a big success for Team GrisGris, spawning six games in the series, multiple manga series, anime, and a live action film.  This version of Corpse Party is, follow me on this, is a re-release of the re-make of the original game.

The story for Corpse Party begins in a high school in Japan, where Mayu Suzumoto is preparing to transfer to a new high school, away from a sizable group of friends.  On the eve of her last day, the group of friends are helping clean up after class, when Ayumi suggests performing a ritual called “Sachiko Ever After” to bind all of the friends together to keep them from growing apart.  Any fan of the horror genre already will know that this ritual does not go as planned, and the group of students finds themselves transported to the decrepit remains of the Heavenly Host Elementary school, a school that once stood where the high school is today.  Heavenly Host Elementary played host to a series of ghastly murders years earlier, before being demolished.  The only way for the students to survive is to uncover the details surrounding these murders and to help free the ghosts that still wander the halls of Heavenly Host Elementary, before the students themselves met an ugly end. 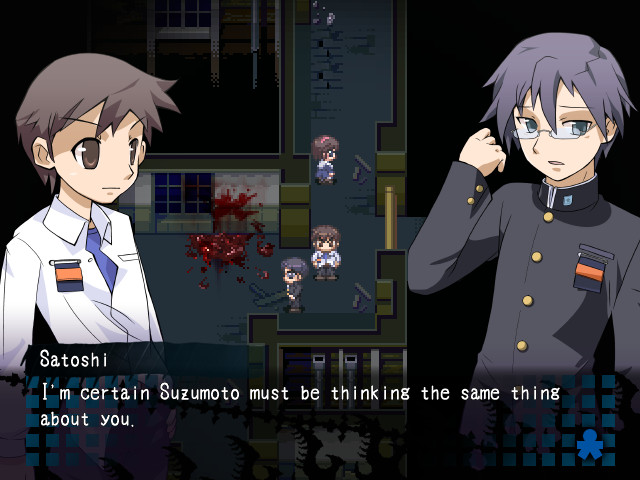 The story for Corpse Party is, by far, the best thing about this game.  The story is gripping, intriguing, and makes you want to uncover what had happened years before to these poor students.  Corpse Party drips with atmosphere, which helps keep the story and the player on the edge of their seat.  The story is also broken up into five chapters, each with multiple endings and detailing different sections of the overall story.  Corpse Party also adds in four bonus chapters, including a retelling of “Tooth” from Corpse Party:  Book of Shadows.  I felt that the game did a great job in pacing the tension and balancing the overall feeling of the story, but that dialogue….

Japanese games have had a lot of issues in the past with translation over into English.  No one will forget just how popular “All your base are belong to us” became from Zero Wing.  Well, I think Corpse Party gives that one a run with “I’m gonna butter up my pooper with it real good!”.  No, seriously, that is a line from Chapter 1.  While lines like this do remove me from the tension that the game was building so expertly, I have to forgive it because I understand the tricks and traps of translating between the two languages.  However, yeah, I have to knock a few points off just for that line.

Corpse Party plays like a very traditional Japanese role playing game, for the most part.  You begin the game with two students that travel around the elementary school in a line.  As you explore the Heavenly Host Elementary School, you will discover dead ends, hard to reach paths, and corpses, lots of corpses.  Your quest is to collect the information that is littered around the school to discover who these corpses were and what exactly had happened here decades before.

What isn’t so traditional about Corpse Party is that there is no combat, no stats, and no inventory per se.  Sure, you collect names tags and pieces of lumber to help you explore, but no inventory in the sense we are used to for a jrpg.  Since there isn’t any combat, death will usually come as a surprise to you, and usually because you did something out of order, or turned down the wrong hall, or explored a dead end that you were not supposed to explore.  This will lead to a lot of reloading of a previous save.  As a friend of mine put it, “the story is fantastic, but the game is a total dick”.

Your actions and choices will help determine what story ending you get.  There are multiple ways and paths to explore the Heavenly Host Elementary School, so you never feel railroaded into a particular path, but unless you are a veteran at this type of game, it can feel a wee bit overwhelming.  Corpse Party will not hold your hand through the story, nor does it really particularly like you.  If you can live with this uncertainty and dislike, you are in for a treat. 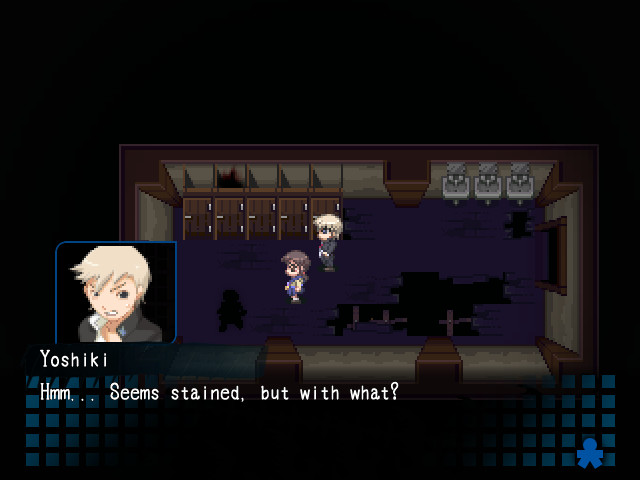 Corpse Party is rendered in a retro 2D graphic style that helps recreate the original game from 1996.  From an aesthetic point of view, this is a fantastic design decision, however, I did have a hard time in telling what items were.  It took my almost a half an hour just to discover a plank of wood that I could use to get over a whole in the floor to get out of the first classroom.  Many items you will never guess what they are until you interact with them and get a description from the game.  I am always for retro gaming aesthetics, but with the technology we have today, designers should at least make the items look like they are supposed to.  Still, I felt that the overall visual aesthetic worked real well for Corpse Party.

The original Japanese voice cast is used for Corpse Party.  With over 5,000 lines of spoken dialogue in the original Japanese, Corpse Party delivers the original gaming experience that was released in 1996.  Since the acting is in Japanese, it is impossible for me to tell how well the dialogue is performed.  I mean, it sounds good and all, but I can’t tell if they are over-acting, under-acting, or just giving us a shopping list.