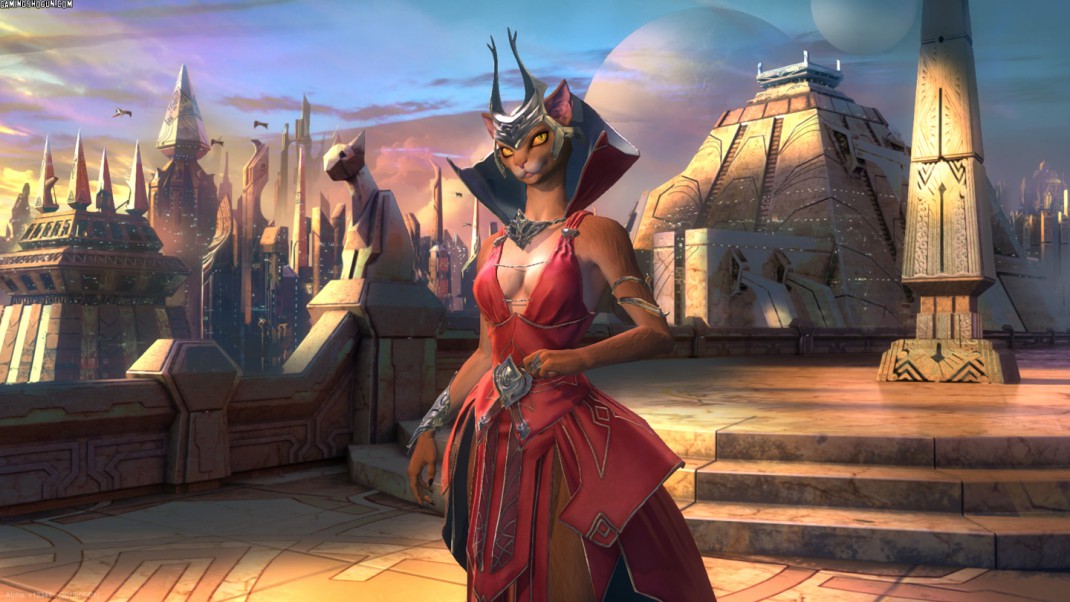 April 25, 2016 — Two new races are looking to shake up the galaxy in the next round of Early Access for Master of Orion: the Darloks and the Silicoids. These newcomers aren’t arriving empty handed either; they’re bringing the ways of Espionage with them, revealing Independent Planets, as well as granting a new victory condition: Economic. Along with Windows and Mac OS X, Master of Orion is also now available on Linux and Steam OS.

The arrival of the Darloks and the Silicoids means that NGD Studios has fully assembled the 10 original races from the first Master of Orion. Joined by the Terran, who are only available in the Master of Orion Collector’s Edition, 11 races are all ready to conquer the stars.

The conniving and sneaky Darloks are master spies, trusted by none in the galaxy. Using their superior Espionage skills, you can hoard information, cripple industry and research, steal technology, contaminate food—havoc is the name of the Darloks’ game. However, all races have access to Espionage, so anyone can wage war in the shadows.

The Silicoids may look like hulking stone goliaths, but they are by no means as dumb as a bunch of rocks. They are skillful engineers, trained in capturing colonies and amassing a large fleet. Slow to grow as a population, the Silicoids have an ultra-rich home world brimming with rare minerals that, in the right hands, can send your campaign into overdrive.

The new victory condition “Economic” is for bringing out the tycoon in you. You can corner the galactic market on the Interstellar Stock Exchange to win the game. Just think of how a few Spies will come in handy here—sabotage a structure or make the populace go on strike to stop enemies building up their economy, letting you get ahead. You can also track your economic progress against other players and purchase shares in universe productivity as investments, or to win the game.

Races on Independent Planets have decided forge a life for themselves, away from the rule of larger civilizations. Unlike you and your adversaries, they have no ambitions of expanding in interstellar space. So why are they useful? Independent Planets could hold the key to victory. You can complete missions for them, such as fending off hostiles, and donate credits to get them on your side. Plus, these planets are part of the Galactic Council, and their vote can be critical in achieving a Diplomatic victory.

The NGD Studios crew has been hard at work listening to player feedback and improving the game experience. There are new advanced gameplay settings, a revised technology tree, an integrated tutorial, and lots of bug fixes. This doesn’t mean feedback has to stop; the team still need your help in taking Master of Orion out of this world.

To learn about the creation of Master of Orion’s galaxies and more, watch the latest episode of Early Access Developer Diaries:

The Master of Orion Collector’s Edition grants immediate access to the game: