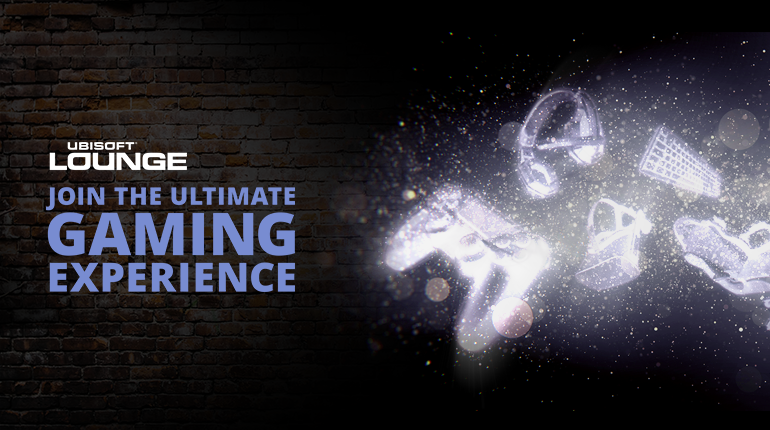 April 20, 2016 – Ubisoft is rewarding the commitment of its biggest fans by giving them opportunities to take part in E3, the world’s premier show for video games. For the fourth year in a row, more than 1,700 fans are expected to attend the Ubisoft Lounge, a pop-up event being held in a location near the Los Angeles Convention Center. At the Ubisoft Lounge, fans will have hands-on time with games from Ubisoft’s E3 lineup, as well as time to discuss their favorite titles with Ubisoft’s teams, attend master classes, compete against other fans and win prizes.

In addition to the Ubisoft lounge, fifty creative and dedicated fans from around the world will be chosen to join Ubisoft in Los Angeles for this year’s show. As “Star Players”, they will receive the VIP treatment, including all-expenses paid travel, access to the E3 show floor, a ticket to the Ubisoft conference and meetings with Ubisoft’s development teams. For more information about Star Players, follow @UbisoftClub on Twitter.

Ubisoft will select fans to attend the Ubisoft Lounge from among those  who pre-register at http://www.ubisoftlounge.com/

Anyone who is not selected or is unable to make it to Los Angeles still will be able to watch live streamed master classes and access video-on-demand content on Ubisoft Twitch channel: https://www.twitch.tv/ubisoft. For more information on the agenda, visit http://www.ubisoftlounge.com/

WHERE: The Ubisoft Lounge will be located close to downtown Los Angeles in the Arts District. Exact location will be revealed at a later date to those selected to attend. More information available at http://www.ubisoftlounge.com/