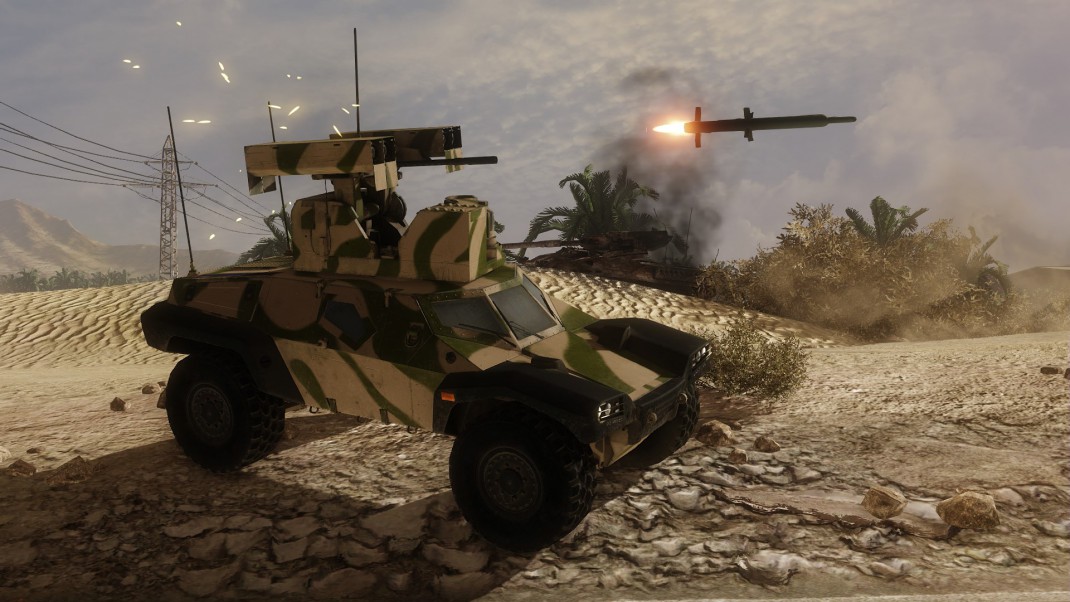 Amsterdam, The Netherlands – March 17, 2016 – Developer Obsidian Entertainment and global publisher My.com are pleased to showcase an important class of vehicles: the Armored Fighting Vehicles. The Armored Fighting Vehicles are the scouting stars of Armored Warfare, with an extremely good view range, along with being very fast and hard to detect thanks to their generally limited sizes. At the top of the food chain, in the war for vision, is the Combat Reconnaissance Assault Buggy (CRAB), developed by Panhard, a French manufacturer of light tactical military vehicles. Its main role on the battlefield is to seek enemy vehicles for their teammates to target and destroy.