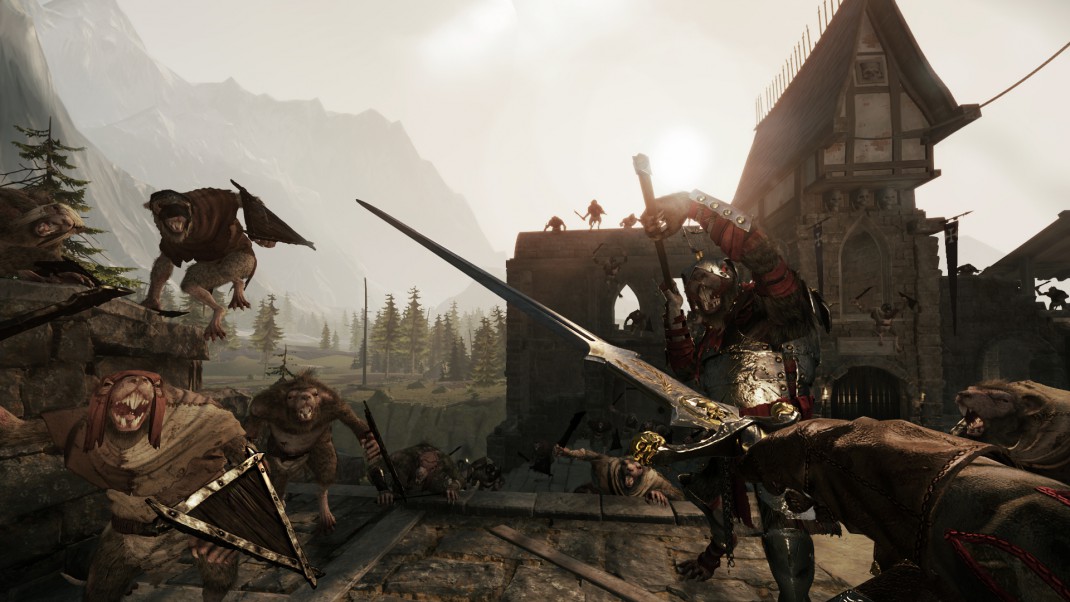 “With Last Stand we’re raising the bar a couple of notches – teamwork becomes absolutely necessary to survive”, says Martin Wahlund, CEO of Fatshark. “If you thought one Rat Ogre was difficult, imagine them in a tag team.”

In the Last Stand game mode players fend off horde after horde of Skaven in intense and increasingly difficult battles. There is only one objective: stay alive for as long as possible. The more waves completed, the greater reward and glory. Last Stand is a free DLC that includes the map The Town, set in the Von Jungfreudsplatz in central Ubersreik.

If players want to broaden their Last Stand horizons, they can purchase Schluesselschloss and get an additional map for $2.99 / €2.99 / £1.99. If you own the Schluesselschloss DLC, you can invite anyone who owns Vermintide to play with you, even if they don’t own the DLC.
The Last Stand trailer features Swedish pop star Måns Zelmerlöw and his 2015 Eurovision Song Contest winning song Heroes. With Heroes Zelmerlöw became a household name all across Europe, performing it live in front of over 200 million viewers.
“I listened to the song while driving, and I kept picturing the Vermintide heroes in front of me. It was simply the perfect song for a trailer,” says Rikard Blomberg, CFO of Fatshark. “We called the record company the very next day, and my car driving vision became a reality.”
Read more about Warhammer Vermintide at www.vermintide.com, like us on www.fb.com/vermintide, and follow us on www.twitter.com/vermintidegame and www.twitch.tv/fatsharkgames.