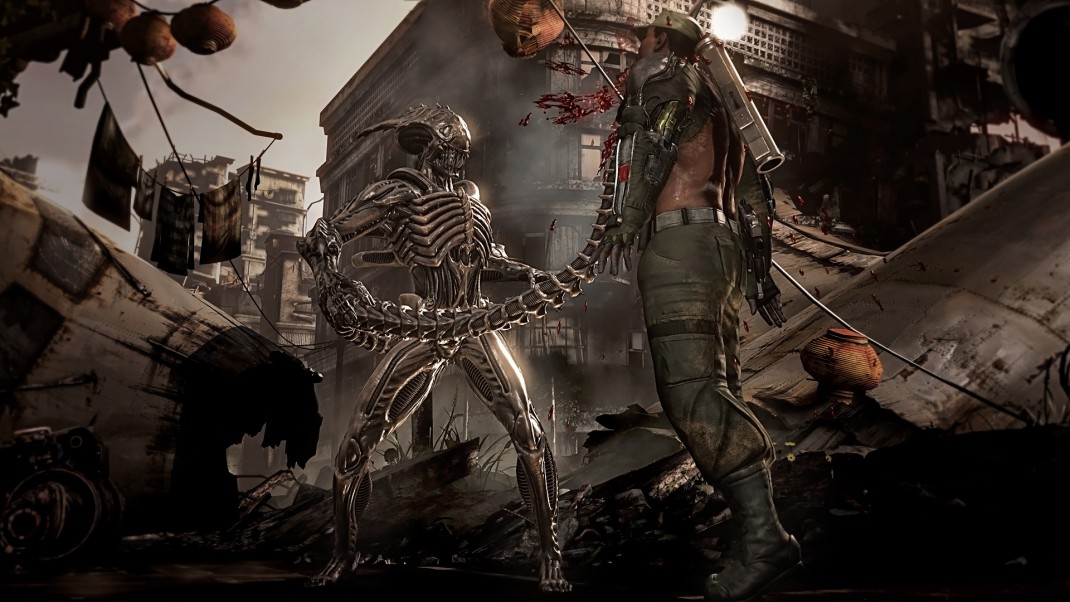 Burbank, Calif. – March 1, 2016 – Warner Bros. Interactive Entertainment today announced that Mortal Kombat XL, the ultimate Mortal Kombat X experience, is now available in North America for the PlayStation®4 computer entertainment system and Xbox One. Mortal Kombat XL offers an expanded version of the critically acclaimed Mortal Kombat X, which was honored as Fighting Game of the Year by the 19th D.I.C.E. Awards and The Game Awards 2015. It was also named 2015’s Best Fighting Game by Game Informer and IGN.

As an added bonus, Mortal Kombat XL and PlayStation 4 and Xbox One owners of Mortal Kombat X, can download the new Medieval Skin Pack and new Pit Stage environment for free, that is based on the classic Mortal Kombat arena, including a stage-specific Fatality.

Mortal Kombat X is NetherRealm Studios’ most recent installment in its legendary, critically acclaimed fighting game franchise that propels the iconic franchise into a new generation. The game combines a cinematic presentation with all new gameplay to deliver the most brutal Kombat experience ever, offering a new fully-connected experience that launches players into a persistent online contest where every fight matters in a global battle for supremacy. For the first time, Mortal Kombat X gives players the ability to choose from multiple variations of each character impacting both strategy and fighting style. Players step into an original story showcasing some of the game’s most prolific characters including Scorpion and Sub-Zero, while introducing new challengers that represent the forces of good and evil and tie the tale together.

Mortal Kombat X includes the single player online mode, Living Towers, which are regularly updated timed challenges for players to conquer. Mortal Kombat X also brings back Klassic modes including Test Your Might and Test Your Luck. Additionally, the Krypt returns for combatants to explore and unlock various items within the game, including new costumes, Fatalities, Brutalities and more.

Mortal Kombat XL is now available in North America for $59.99 for the PS4TM system and Xbox One. The Mortal Kombat XL Pack is available to purchase for $24.99 and Kombat Pack 2 is available for $19.99 via the PlayStation®Store and Xbox Live. The game is rated M for Mature by the Entertainment Software Ratings Board (ESRB). For more information, please visit www.mortalkombat.com and www.facebook.com/MortalKombat.