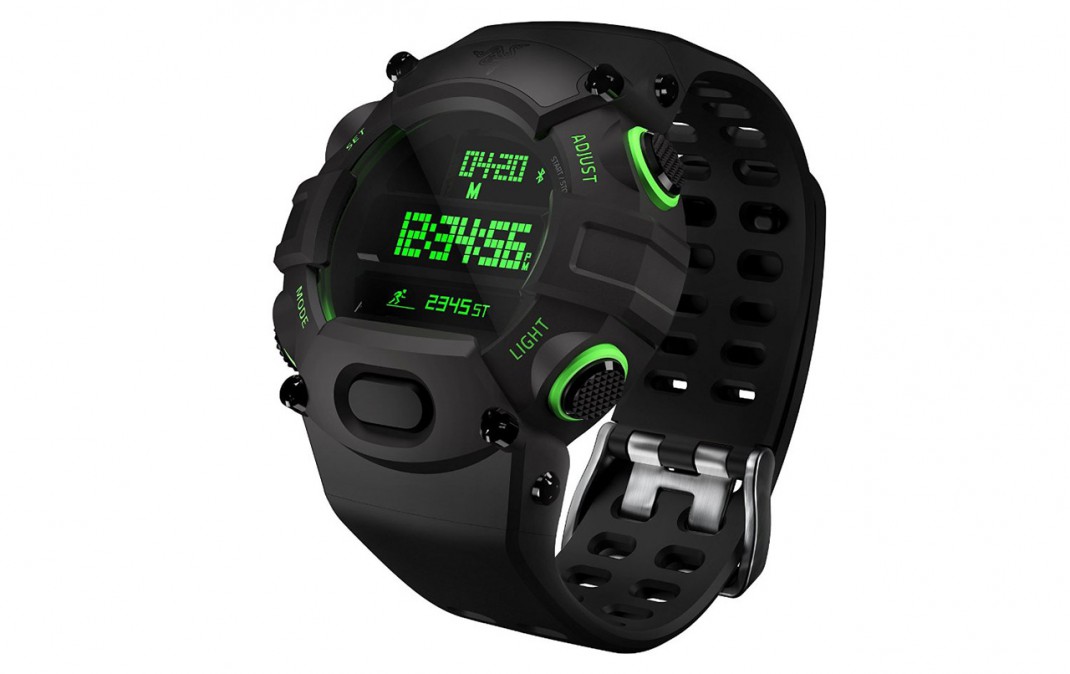 Razer’s latest entry into the fitness wearables market comes in the form of the Razer Nabu Watch. A large, ruggedized watch, the Nabu Watch resembles one of those tactical action watches – however, it has a lot more functionality than just telling the time. Underneath the traditional digital watch face, you will find the Razer Nabu display, which shows off the watch’s smart functions.

Before delving into the smart functions, it is worth noting that the standard watch functions include stop watch, countdown timers, alarms, and world time modes. All function as one would expect and using the watch’s five large buttons to cycle through all of them was easy. It should be noted that this standard Razer Nabu Watch features polycarbonate buttons. The Forged Edition of the watch, which retails for $50 dollars more, features steel buttons. 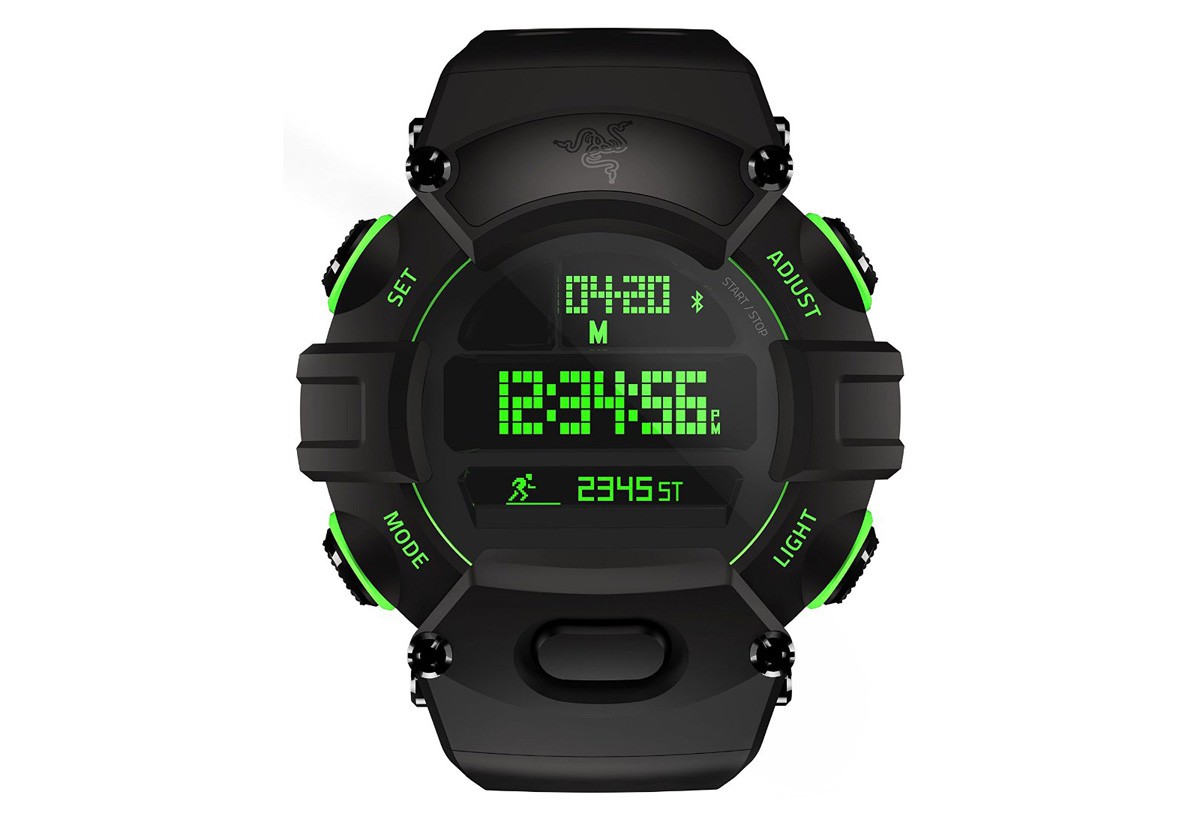 The Razer Nabu Watch actually contains two separate batteries within its large housing. One of these is a traditional watch battery that powers the time-telling functions and, the other, is a rechargeable battery which powers the Nabu smart functions. The beauty of this is that the watch battery will last a very long time, allowing it to function in watch mode ad nauseum. The Nabu battery, unfortunately, lasts only about a week – but that is still a pretty long time when dealing with a fitness wearable. The Nabu battery can be recharged via a magnetically-attached USB cable.

As far as its Nabu smart functions, this watch will track your steps, sleep patterns, and calories burned via its 3-axis accelerometer and Bluetooth connection to either an Android or iOS app. It is not as full featured as its Nabu brother, but it has enough options to keep most watch wearers happy as they toil through a workout. Additionally, the Nabu Watch will display incoming TXT messages which show on your iPhone or Android smartphones. Its small, 128×16 OLED screen is only one line, but it is very crisp and easy to read. It actually makes me sad that the main watch area of the Nabu Watch has such a weak backlight in comparison. 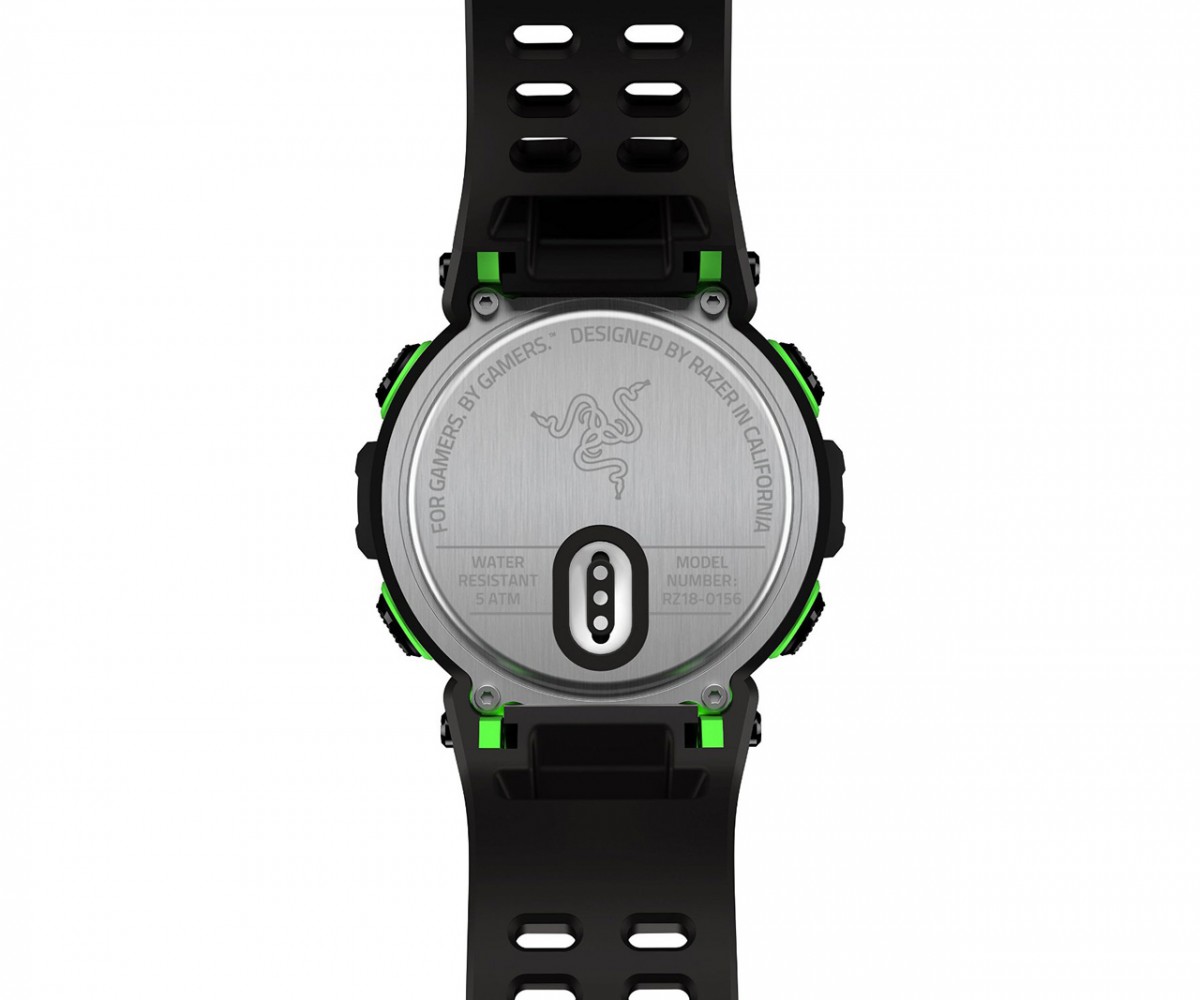 A final note has to do with its magnetically-attached USB charging cable. The charging port attaches to the back side of the Razer Nabu Watch but, be warned. The cable is proprietary and you may have trouble replacing it should you lose it. Its magnetic attachment point, however, does mean that it comes off the watch very easily if snagged on something when moving about. The watch will display its battery power on the OLED screen so you can keep track of where it is at on a charge.

Overall, the Razer Nabu Watch is a great option should you wear watches and desire some fitness tracking capabilities. It retails for $149.99 and is available now at the official Razer website and other online retailers.