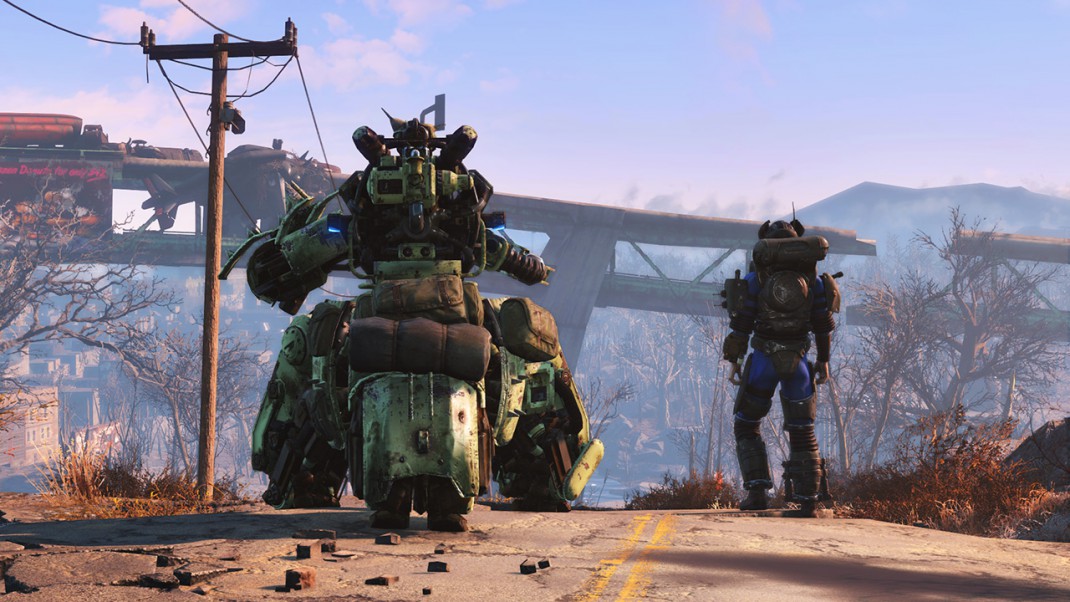 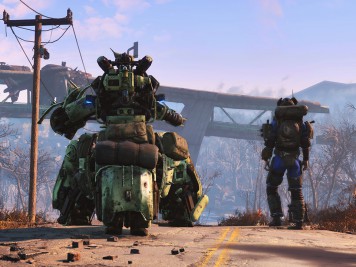 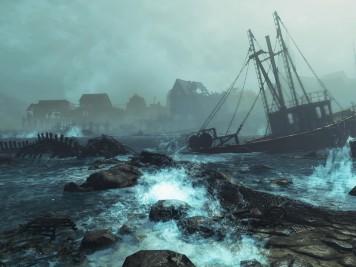 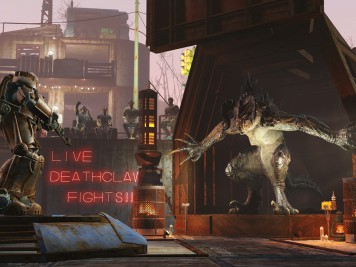 February 16, 2016 – Since Fallout 4 launched, we’ve been blown away by your support for the game. It stands as our most successful title ever and that couldn’t have happened without you. It’s been truly inspiring, the stories, images and experiences that you’ve created. And now it’s time to share with you some of what we’ve been creating – our first series of add-ons: Automatron, Wasteland Workshop and Far Harbor.

The mysterious Mechanist has unleashed a horde of evil robots into the Commonwealth, including the devious Robobrain. Hunt them down and harvest their parts to build and mod your own custom robot companions. Choose from hundreds of mods; mixing limbs, armor, abilities, and weapons like the all-new lightning chain gun. Even customize their paint schemes and choose their voices!

With the Wasteland Workshop, design and set cages to capture live creatures – from raiders to Deathclaws! Tame them or have them face off in battle, even against your fellow settlers. The Wasteland Workshop also includes a suite of new design options for your settlements like nixi tube lighting, letter kits, taxidermy and more!

A new case from Valentine’s Detective Agency leads you on a search for a young woman and a secret colony of synths. Travel off the coast of Maine to the mysterious island of Far Harbor, where higher levels of radiation have created a more feral world.  Navigate through the growing conflict between the synths, the Children of Atom, and the local townspeople. Will you work towards bringing peace to Far Harbor, and at what cost? Far Harbor features the largest landmass for an add-on that we’ve ever created, filled with new faction quests, settlements, lethal creatures and dungeons. Become more powerful with new, higher-level armor and weapons. The choices are all yours.

And more important, this is only the beginning. We have plans for more.  More than $60 worth of new Fallout adventures and features throughout 2016.

Given the expanded DLC plan, the price of the season pass will increase from the current $29.99 to $49.99 USD on March 1, 2016. However, if you already purchased the season pass for $29.99, nothing changes – you still get everything at no additional cost— the full $60 offering of add-on content for the original price of $29.99. In addition, if you didn’t buy the season pass yet, there is still time:  Anyone who buys the Season Pass for $29.99 before March 1st will get all $60 worth of content. This is our way of saying thanks to all our loyal fans who have believed in us and supported us over the years.

Want a chance to play these add-ons early? We’ll be running closed betas for each of the add-ons for consoles and PC. And you can sign up right now on Bethesda.net. In order to apply, you’ll need to create a registered Bethesda.net account. We’ll be selecting applicants in the upcoming weeks. Players accepted into the beta will receive a code to redeem the content. The beta is the full version (complete with achievements) and those participating will not have to purchase the add-on.

Beyond add-ons, we’ll continue to offer free updates to the game, including new features like the recent weapon debris for PC, and increased draw distances for consoles, as well as more optimizations to gameplay and quests. And something that we’re really excited about, a complete overhaul of Survival Mode that changes how you play the whole game. Food, sleep, diseases, danger and more.

We’re also hard at work on the Creation Kit, which will allow you to create and play mods absolutely free. We’re currently testing both Survival Mode and the Creation Kit now, and more details will be forthcoming.

Thanks again for your continued support of Fallout 4. We can’t wait for you to play more!