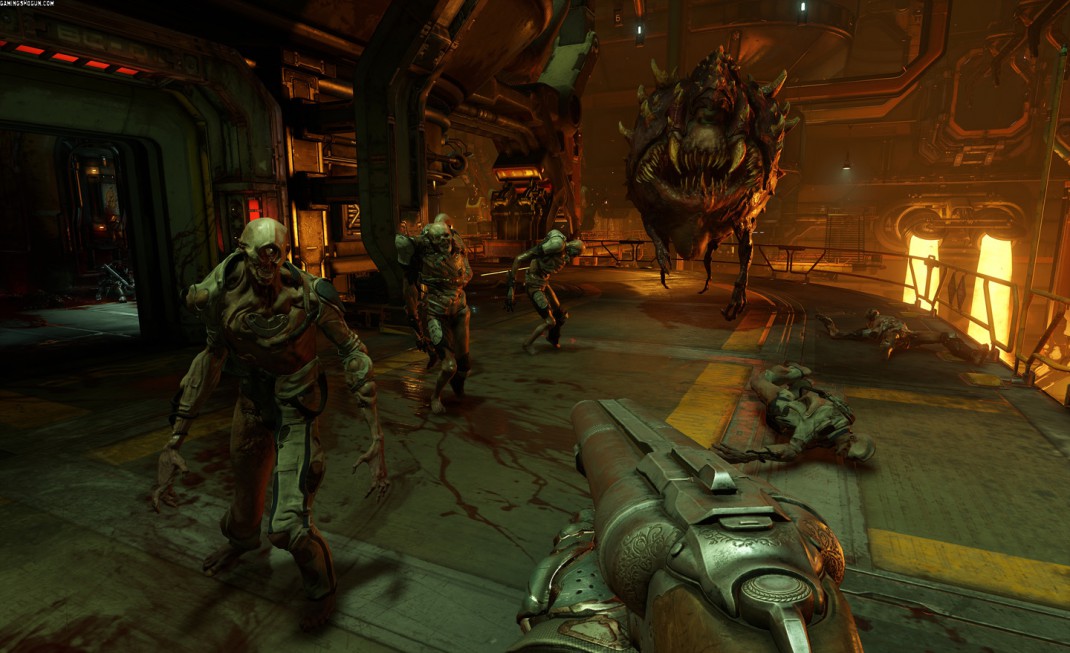 February 4, 2016 (Rockville, MD) – Bethesda Softworks®, a ZeniMax® Media company, today announced that DOOM will be available worldwide on Friday, May 13, 2016 for the Xbox One, PlayStation® 4 computer entertainment system, and PC. DOOM, the iconic game that defined a genre and considered one of the most influential games ever made, returns as a brutally fun and challenging modern-day shooter experience.

DOOM is under development at id Software®, the studio that pioneered the first-person shooter genre and invented multiplayer Deathmatch. Relentless demons, impossibly destructive guns, and fast, fluid movement provide the foundation for intense, first-person combat – whether you’re obliterating demon hordes through the depths of Hell in the single-player campaign, or competing against your friends in numerous multiplayer modes. Expand your gameplay experience using DOOM SnapMap™ game editor to easily create, play, and share your content with the world. DOOM garnered numerous E3 2015 awards and in a recent preview, Game Informer aptly described the gameplay as “an absolute blast.”

Bethesda also revealed plans to release a premium collector’s edition of DOOM that will be available across the globe through participating retailers. The limited DOOM collector’s edition, created in conjunction with TriForce, includes an exclusive, fully-realized 12” tall collector’s statue of one of the game’s most iconic demons: the Revenant. Modeled from actual in-game 3D files and striking in appearance, the demonic Revenant stands on an LED-lit base with internal, slow-spinning turbine from the UAC facility on Mars. The DOOM collector’s edition also includes a copy of the game packaged in an exclusive, battle-worthy metal case. 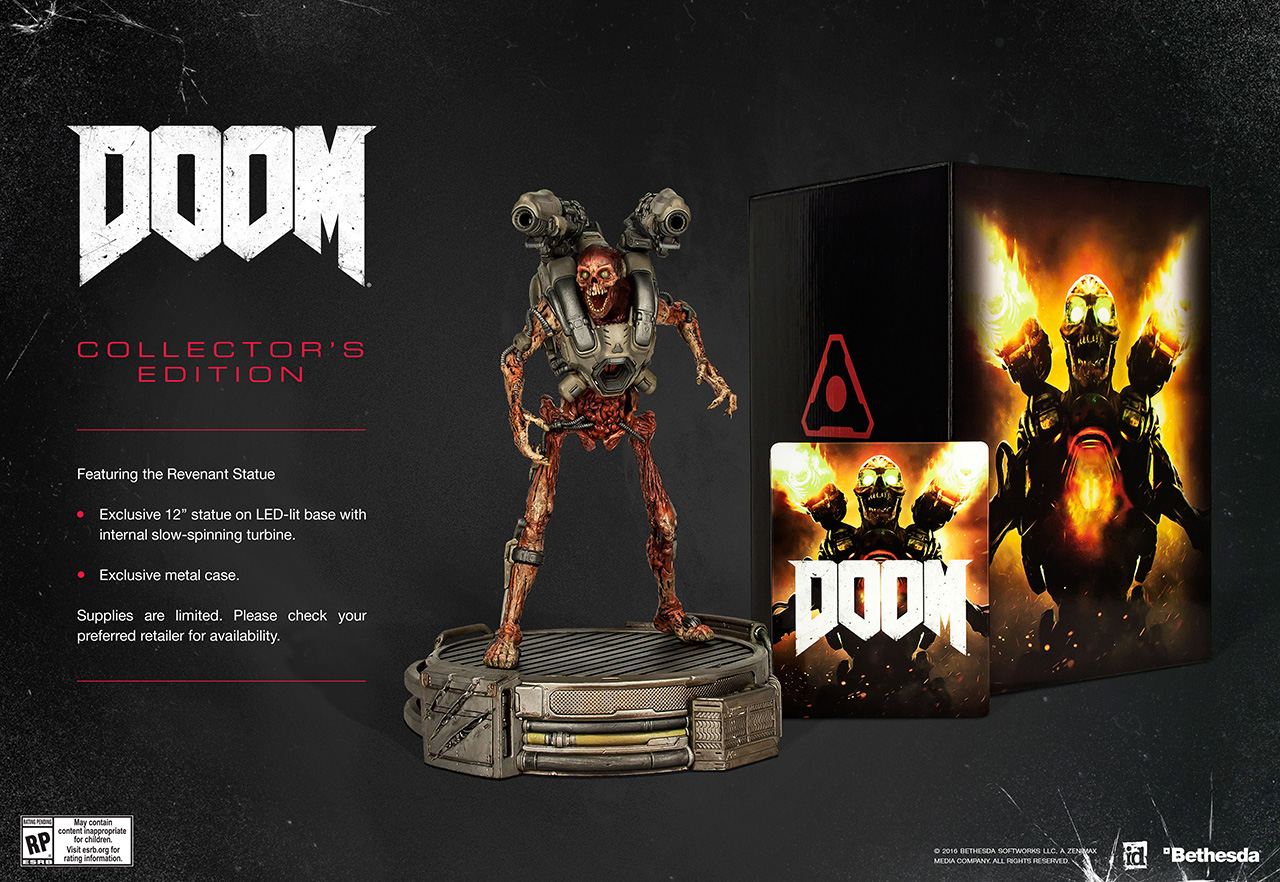 The DOOM collector’s edition is available for pre-order through participating retailers and is priced at $119.99 (US), €129.99 (Europe), and £99.99 (UK). Players pre-ordering the DOOM collector’s edition or the standard edition of the game will receive the Demon Multiplayer Pack which contains a unique demon armor set with three skin variations, six metallic paint colors and three id® logo patterns that can be applied to weapons and armor, plus a set of six Hack Modules – one-time consumable items that can give you an edge in a multiplayer match.

DOOM has not yet been rated by the ESRB. For more information, visit: www.DOOM.com.