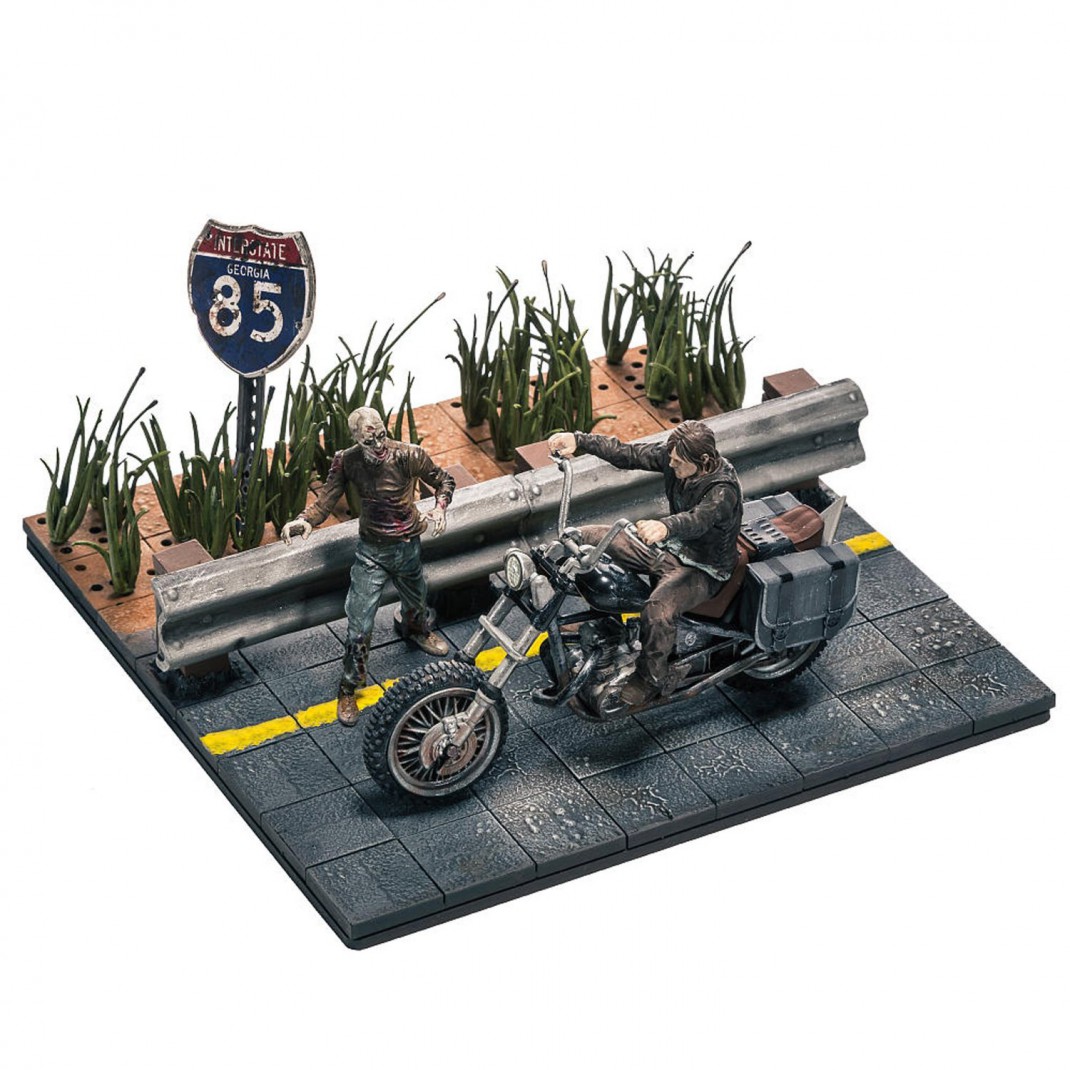 When I was younger, I used to do puzzles and play with Lego blocks for hours on end.  The only limitation to them seemed to be my imagination.  As I grew older, I got shamed out of Legos (I could have been a professional!  That exists now!) and the subject matter of the harder puzzles were often the most boring such as an all blue sky or a field of wheat.  Nowadays though thanks to McFarlane Toys there is a whole bunch of building sets that combine puzzling and building blocks.  Recently I got the pleasure of playing with The Walking Dead Daryl With Chopper Building Set.

Hands On:
There are 154 pieces to this set which is actually one of the more simple of the sets and affordable. 44 pieces of it are weeds so there is some optional parts that can be added depending on how weedy you want it. Honestly the weeds were the only part of the set that felt a bit monotonous, it felt like I was putting in hair plugs on a bald man. Strange analogy I know but seem to fit so well.

The base consists of asphalt and dirt stuck building block style to a base pieces. These were pretty easily put together and quickly as was the guard railing. Putting Daryl and the zombie together took seconds. 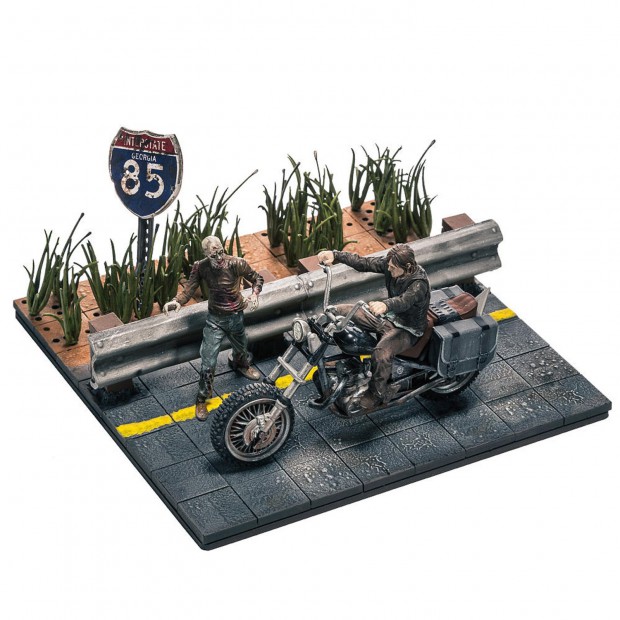 Probably the most challenging part to put together was Daryl’s chopper which starts in so many pieces even Daryl might have thought to just go looking for another bike, but that is the challenge for the builder and by far the most fulfilling part of the build. You take your time and go little part by part starting with an empty frame and bare rims. When you finish it placing Daryl on it’s back is a pleasure and will have you looking for someplace to display it.

I found the single walker and Daryl to be a bit lonely though and picked up some of the individual mystery packs of characters to try to fill the weeds with walkers and a couple humans. Luckily the they are all set to the same scale so you can add individual mini figures to different sets without worry about matching. 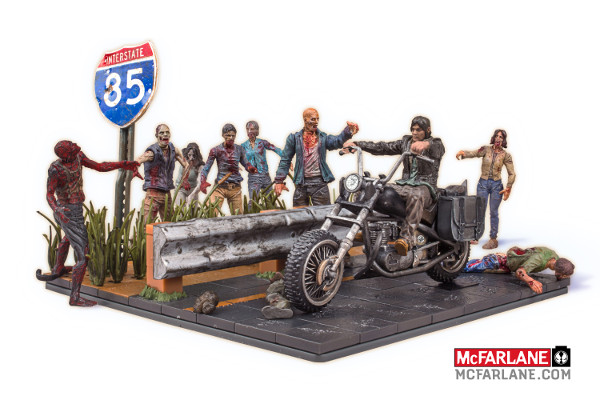 Last Look:
My guess is that once you get your hands on The Walking Dead Daryl With Chopper Building Set you will want to start building other more complicated ones such as the Governor’s Den or the Prison sets (oh how I want these!) and before you know it you will have a whole bunch of builds that you can customize by mixing and matching. I have always had McFarlane toys on my wish lists and I expect that to continue for years to come.