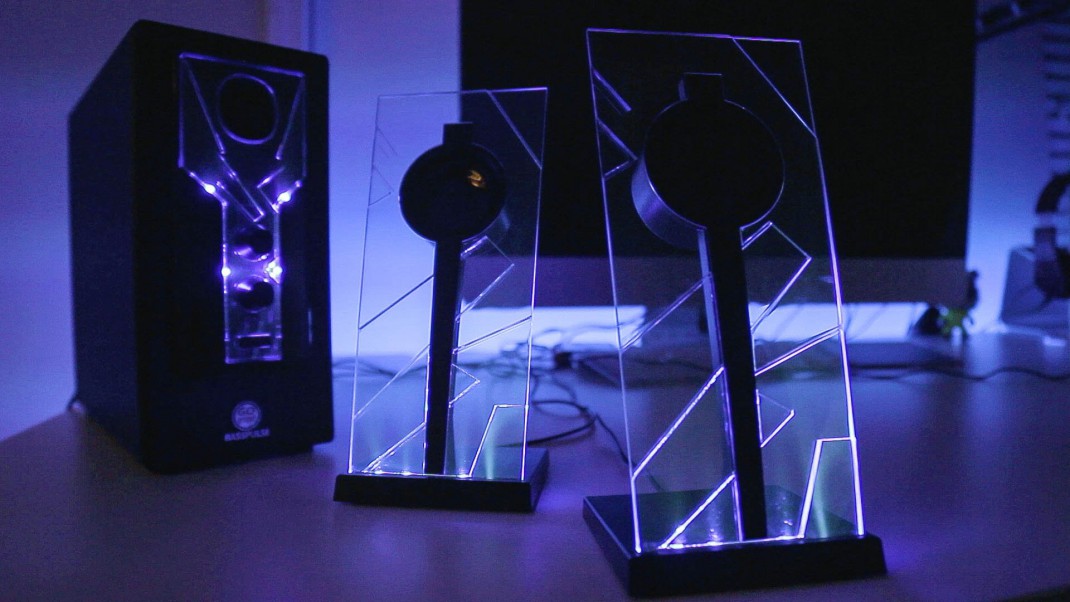 My wife and I recently moved Nevada and there are still a lot of boxes left to unpack including whichever one held my speakers. Luckily GoGroove came along at just the right time with their flagship product the BassPULSE Wireless Speakers so that now I’m not too concerned if we ever find the moving box labeled “computer speakers”. 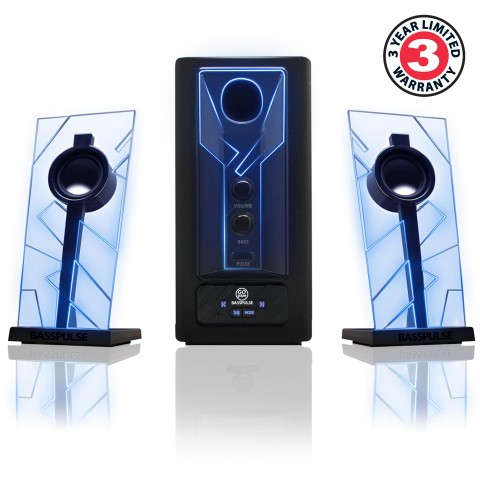 Hands On:
First things first one of the things I noticed was missing from their “Features” section on their website is that these speakers look bad ass. This is not a technically important aspect to the speakers and their sexiness can actually be lowered for an office environment but really aesthetic looking speaker systems don’t come along that often, most of them are just clunky black or silver boxes. In the case of the BassPULSE there is a transparent jagged design on the speaker casings and the front of the subwoofer that can be lit with LED lighting at the puss of a button to give them a futuristic almost Tron feel to them. This doesn’t impact performance at all but let’s face it the first thing people will notice is how awesome they look before the quality of the output.

The output can be done in two separate ways which makes this speaker system more diverse than most are. They can be paired with anything that has Bluetooth technology so that they can be set up wireless wherever you want which is great for going from the PC workstation to the consoles or on to a party. So if you want to listen to some poolside jams but don’t want to risk them getting water damaged you can pair them with your phone and listen to your tunes controlling them with your phone poolside while your speakers are a safe distance away.

they can also be connected wired through an AUX cable. This is great if you have devices such as your laptop computer that aren’t Bluetooth enabled. In that case the speakers are just plug n’ play getting you up and using them immediately. If you are like me and have a light-up keyboard, light-up mouse and a light-up computer case then the light-up speakers are a perfect match and handy for late night gaming sessions. 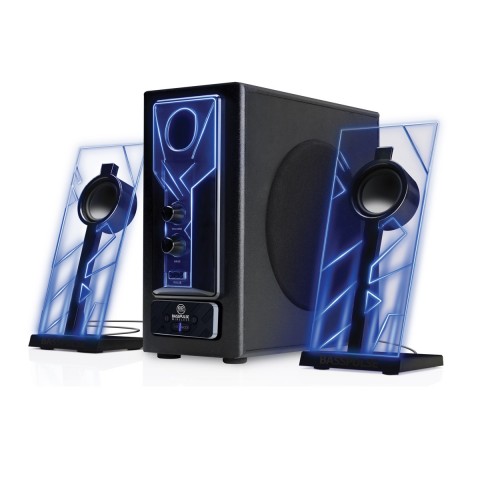 One of my favorite aspects of the connectivity is that you can have the Bluetooth paired to your phone and the computer plugged in via AUX port at the same time. So I could be playing a game and get tired of the sounds in it and choose some music on my phone and push a single button and switch modes computer to phone. The alternate is true also, I can be playing a FPS loaded with explosions and gunfire and if a call comes in I can push a button to switch over to Bluetooth and take the call through the BassPULSE speakers.

You can have twenty ways of connecting it and it won’t matter if you can’t get the sound quality you want. So I tested it for days playing different video games from MMORPG to FPS always getting great results and excellent directional sound, clean with no distortion. After that I played every kind of music I could think of, especially bass heavy music to test the subwoofer but also classical and classic to test clarity. At one point I even ran some bass testing tracks to test the almost sub audible levels of bass all with the speakers performing outstandingly. 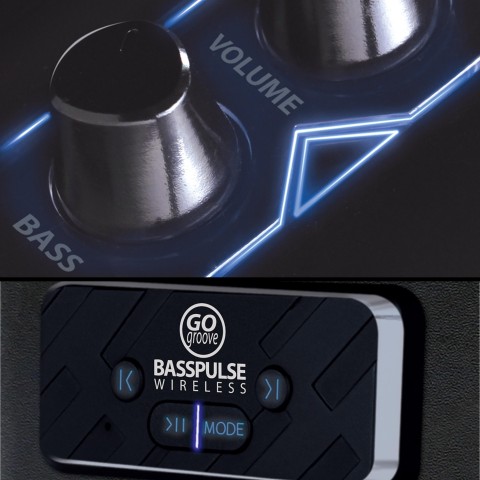 Last Listen:
GoGroove BassPULSE Wireless Speaker System is one of the most versatile and solid performing speaker systems on the market with an excellent price point. They do it with an exceptionally aesthetic design as well leaving little more to ask for.