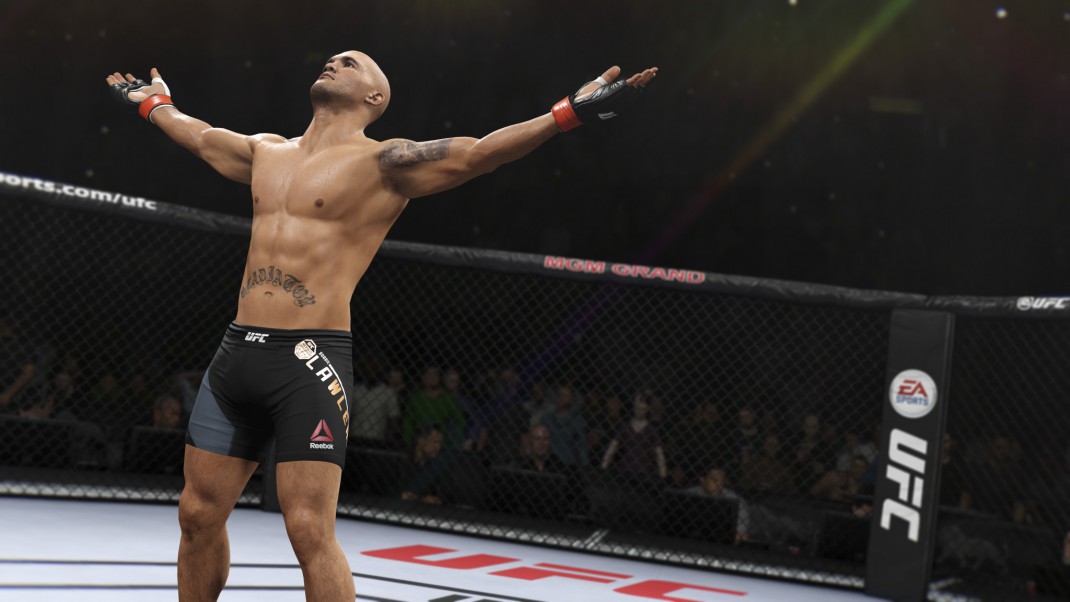 “Whether fans want to play upcoming cards, recreate the outcome of recent fights, or go back to fight with MMA legends, we’ll help them do that in the most authentic and exciting way ever in an MMA simulation,” said Brian Hayes, Creative Director. “Our first two pre-order fighters, Bas Rutten and Kazushi Sakuraba are perfect additions to what is already the biggest roster ever for an official UFC game. Adding them is huge, and fans are going to go nuts when we reveal who the mystery fighter is. I can’t wait.”

Fans excited to step into the Octagon® can pre-order EA SPORTS UFC 2 and get day one access to two legendary fighters: UFC Hall of Famer and three-time King of Pancrase, Bas Rutten; and Japanese MMA legend, “The Gracie Hunter” Kazushi Sakuraba, with an additional mystery fighter who will be named later.* The deluxe edition of the game also includes up to $60 of UFC Ultimate Team™ Premium Packs**. For pre-order information, visit http://easports.com/UFC/buy.

* Internet connection and EA Account required. Must be 13+ to create an account. Offer restrictions apply. Please seewww.easports.com/ufc/game-and-offer-disclaimers for details.

EA SPORTS UFC 2 is developed in Burnaby, British Columbia by EA Canada, and will be available on March 15 in North America andMarch 17 worldwide on Xbox One and PlayStation®4. More information is available on the EA SPORTS UFC website, and in-depth feature details will be announced in the months leading up to launch. Fans should keep an eye on the website, as well as the EA SPORTS UFC Facebook and Twitter pages to make sure they’re always up-to-date on the latest and greatest news.