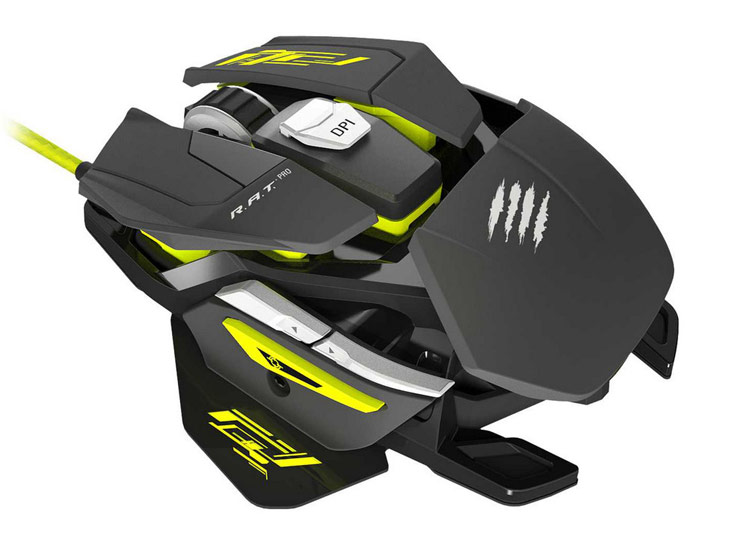 Mad Catz has long been one of the leaders in customization when it comes to gaming mice.  At one point, their R.A.T. line even held the world record for the most customizable mouse thanks to the insane amount of configuration adjustments possible.  Some adjustments were practically crucial to a gamer’s play while others were just there to make the mouse look cool, not that there is anything wrong with that.  Now with the introduction of the Mad Catz R.A.T. Pro X they have added to the customization once more but streamlined other aspects to make every adjustment and innovation directly impact gameplay.  The result is what is most likely the best FPS designed mouse ever. 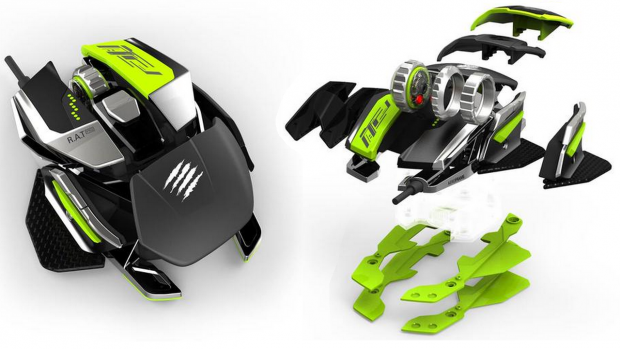 Hands On:
It has been a dream of mine to get hands on with a R.A.T. since the series was started, mainly because I am a rabid gamer but also I am a puzzle geek and the R.A.T. 7 was the ultimate gaming puzzle holding the Guinness Book of World Record’s record for “Most Customizable Mouse” with 1,344 configurations. To me, this was mind boggling tech and I wondered which out of those amazing configurations would be the one to suit me. My luck and finances never allowed me to get ahold of one (I might still one day) but that’s fine since I finally did get my hands on a couple of R.A.T. series mice and by far the most outstanding the the R.A.T. Pro X.

Customization for the sake of customization is cool but it is far better to be have that customization streamlined to key advantages while adding some new ones is a much better prospect. the R.A.T. Pro X still has plenty of adjustable parts but everyone is one that a gamer would argue to be majorly important. The skids on the bottom are changeable to mimimize surface drag dependent on the surface (one is made of ceramic the other is made of Teflon), the palm rest is adjustable to change the mouse’s length or comfort profile, and there are different palm rests, thumb rests and pinky rests that can be easily switched out. 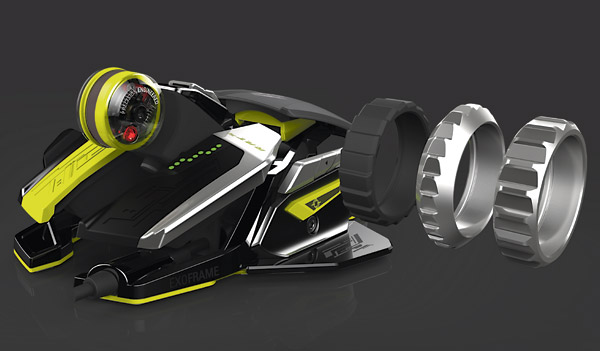 The real keys in adjustment come in the scroll wheel and the main sensor. Besides having three different interchangeable scroll wheels to such your fancy or play style the wheel itself is a marvel of customization. The wheel has it’s own optical sensor enabling it to read the surface independently of the rest of the mouse giving it unique precision and sensitivity. The wheel is reading the surface independently! This enables a brand new ability that is elegant in it’s simplicity yet a huge game changer in the FPS genre: scroll wheel strafing. Imagine you are behind cover, pinned down and you hear a clip change out. Instead of stepping out or relying on other buttons to hopefully provide a lean out you simply slide your finger up onto the scroll wheel and lean it the direction you want and BAM! you pop your enemy while still in cover then smoothly lean back. The speed, ease and simplicity of this move makes it possible to perform it with amazing grace under fire. If you are a hardcore FPS this alone is worth the price of the mouse and combined with the interchangeable wheels and precision reading it’s a no brainer. 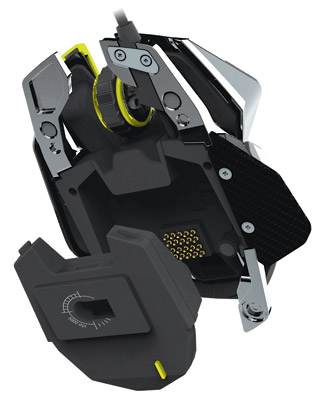 The innovations with the mouse don’t stop there. In an attempt to “future proof” the mouse the design allows for interchangeable primary reading sensors on the mouse. You can literally turn it over, pop off the magnetic skids and pull the sensor off and change it out with three module unit choices: Phillips Laser (8200), Pixart Laser (8200) and PixArt Optical (5000). The Phillips module coming with high configurisation for tech heads allowing them to make surface calibrations, rotational angle adjustment, sensor dampening, and lift-off height adjustments. Not being a particularly strong tech head I learned what most of that means from Star Trek and trust me it is impressive.

If you aren’t a huge tech head and just want a laser mouse with a dependent consistency then the PixArt Laser 8200 is the one you will want to use. You will still get angle snapping that allows you to draw a straight line in imaged editing (this feature can also be disabled) and adjustable lift-off height to match your play style but otherwise all of your variables are set and will perform the same time and again allowing you reliable game play.

Finely if you are an old school gamer or addicted to MOBA play then the optic for you is the PixArt Optical 5000 dpi. You get the rotational angle adjustment of the Philips module and the angle snapping feature of the PixArt Laser 8200 but all in an old school optical reading system. All three provide a true dpi for precision use so as to 100% accuracy without firmware tricks or interpolation.

And if you like to have your gameplay programmed through your mouse there 10 programmable buttons with nine profile modes enabling you to have 90 key programs!  that will give any other programmable mouse on the market a run for it’s money. 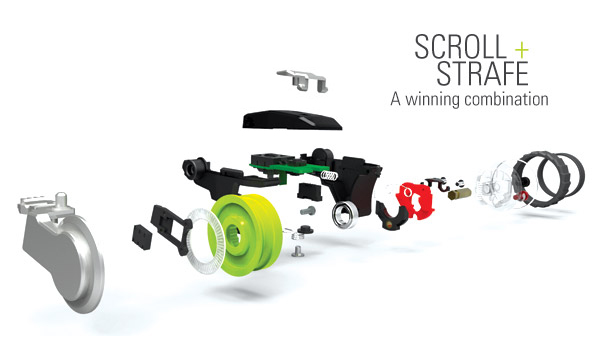 The result is a mouse that will work optimally in any field you want to use it in with the customization you would most desire in a long term use device. The specs on this mouse actually inspire me to become more tech oriented and had me downloading some of the latest FPS games to try out the other two modules and boy is that game a blast with this mouse! Mad Catz has already announced plans to come out with more modules in the future to add to the mouse as needs arise which is how they intend to “future proof” this bad boy.

Mad Catz R.A.T. Pro X Gaming Mouse will be the new standard that all other mice are held up to. With it’s “future proofing” and versatility combining with steamlined customization and scroll wheel innovations you may never have to purchase a new mouse again. That’s a bold statement.