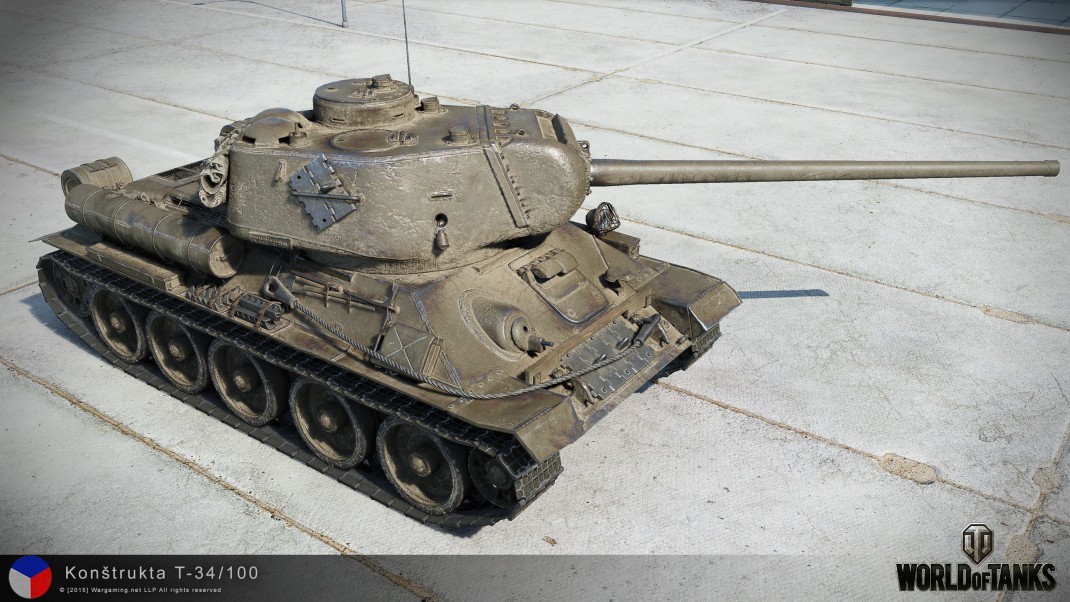 December 16, 2015 — Wargaming is proud to announce the new Czechoslovakian Tech Tree for World of Tanks is ready to carve out a name for itself in Update 9.13. This line rolls out to battle with light and medium vehicles, giving tankers new weapons in their ever-growing arsenal to outwit and outhit their opponents.

Sitting proud at the top end of the Tech Tree are the Tier 9 and 10 Škoda TVP tanks. Boasting excellent accuracy, when combined with their range and stabilization, these powerful vehicles create a perfect recipe for destruction.  Also joining the fight is the Tier 7 Konštrukta T-34/100, an upgraded version of the Soviet T-34 with an improved armament that will be very familiar to experienced players.

“With a rich and interesting tank-building history, World of Tanks could not pass up the opportunity to include these dynamic Czechoslovakian tanks into the game,” said Sergey Laptenok, Publishing Product Director, World of Tanks. “These vehicles, with a number of great features like maneuverability and autoloading guns, create an experience that players don’t want to miss out on.”

Also in Update 9.13 is the Czechoslovakian-inspired map “Pilsen”, which is set to be featured in Random and Rampage battles. This map was based on the actual Škoda tank factory in Pilsen that birthed a number of legendary vehicles. A first for World of Tanks, players will prowl around close-quarters environments within enclosed buildings.

For more information on Update 9.13 and World of Tanks, visit the official website: