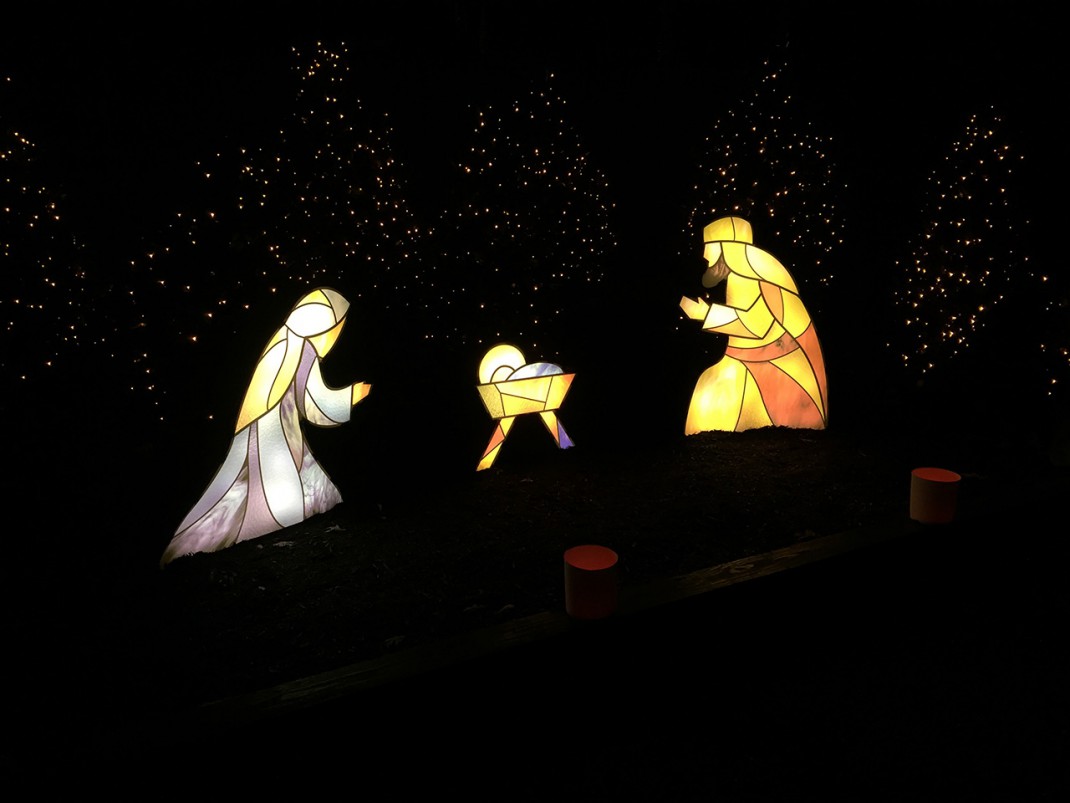 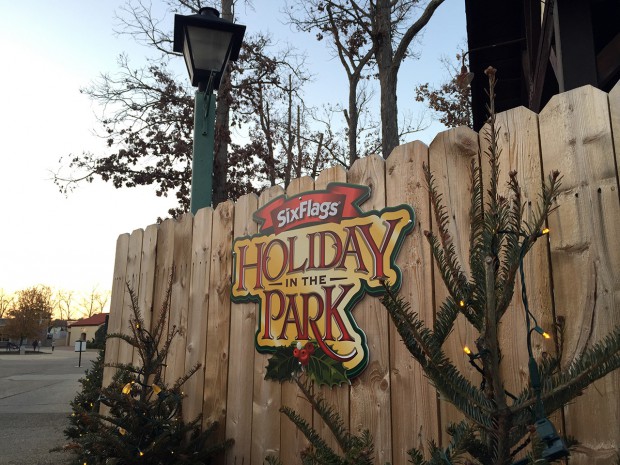 It is finally that time of year. The wind has a little bite to it, and the sun sets extra early. Winter is upon us, and with it comes the holidays. A time to celebrate and spend time with the people that you care about. The holidays are a whimsical time, where people get together and try to have fun with their families and friends all the while hoping for an awesome gift. This year I was lucky enough to experience Six Flags Great Adventure’s first ever Holiday in the Park.

In case you were wondering, Holiday in the Park is Six Flags’ ode to everything that is merry and or jolly about that time between November and January. The Six Flags family of parks have been throwing Holiday in the Park events since 1985, starting with Six Flags Over Texas. During Holiday in the Park, Six Flags is transformed into a winter wonderland. The parks shops suddenly resemble gingerbread houses, trees throughout the park are covered in decorative lights, and a massive and awe-inspiring Christmas tree sprouts in the center of the park. This year’s Holiday in the Park was extra special because Six Flags has never held the event so far north due to what can sometimes be harsh winters.

Great Adventure’s Holiday in the Park was a holiday experience like none other. Upon entering the park, the air was filled with Holiday music and buildings that sprinkle snow onto patrons. Upon further investigation, the “snow” was actually light foamy bubbles engineered to float down in a manner identical to real snow. Six Flags’ usual cast of characters were all dressed in holiday garb with the addition of toy soldiers wearing stilts. 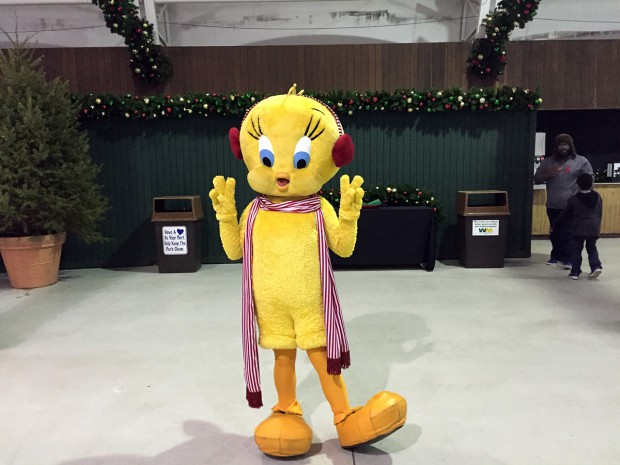 Things looked great in the park during the day, but when night fell things started to really come to life. The trees throughout Six Flags were covered in different colored holiday lights, some of them were even dressed up to look like candy canes. The crown jewel was definitely the big bright Christmas tree in the center of the park.

The first thing I wondered upon arriving at Six Flags was which rides would be open. Due to the cold weather no water rides were open but I was pleasantly surprised to find that a good amount of rides were open for business. Sadly Kingda Ka was closed, which is fine with me because that thing is too much for me anyway. Upon arrival, my group decided to take a visit to Nitro to see if it was in operation. Not only was the ride open, but there was almost no line! Admittedly the ride was a bit cold since it was going so fast in already brisk weather, but it wasn’t a deal breaker. Among other things, fan favorites like the Big Wheel, SkyScreamer, and Green Lantern were fully operational. To see a full list of rides available check out Six Flags Great Adventures list of open attractions.

During the day while the sun was shining and helping keep us warm, rides were a great idea. Not having a line to wait in was like a dream come true, and although it was slightly chilly on some of the faster rides everything was fine after we warmed up a bit. When the sun set everything was different, it felt like the temperature plummeted and, in my opinion, rides were off the table. This could have easily been solved with a  few more layers, so remember to leave some jackets in the car because when the sun goes down so does the temperature. 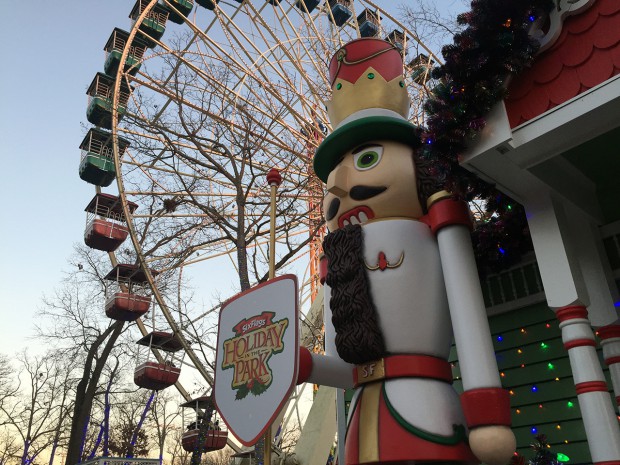 What really set the ‘Holiday in the Park’ apart from a normal day at Six Flags were all the available Holiday activities. While most adults would come to the park simply for the thrills, what really draws in the family crowd are the cool holiday shows and attractions. While most of the attractions are aimed at parents and their small children, some of them are just too cool to miss.

My personal favorite was “ A Celebration of the Season” or as I like to call it, the Christmas tree lighting. Every 30 minutes the tree at the center of the park springs into life with music and lights dancing across the tree. At one point during the show, there are literally lighted figures dancing on the tree to swing music. Followed up with some holiday quotes and just lots of bright moving lights, A Celebration of the Season was far too awesome to miss.

Among the Holiday activities were a healthy variety of family friendly shows. These shows include everything from being read a holiday themed book in Storytime with Mrs. Claus to the Jingle Jammers unique take on classic Christmas carols. While these shows are great for children, if you don’t have any with you I’d suggest focusing on checking out the Christmas tree lighting and maybe catching the musical stylings of the ‘Jingle Jammers’. If you’d like to learn more about the holiday activities at Six Flags you can visit their things to do guide. 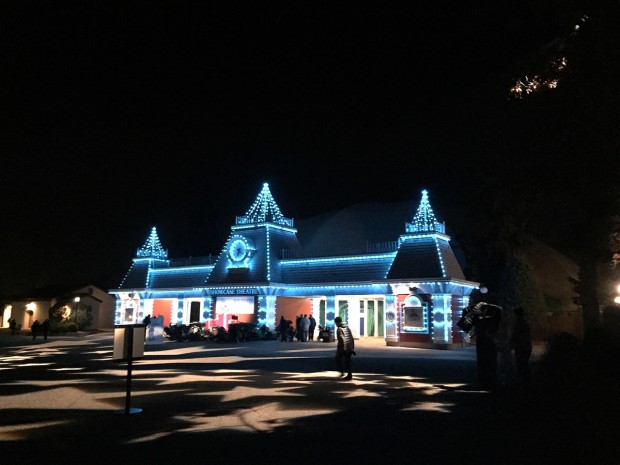 To sum it up, Holiday in the Park is a great addition to the Six Flags Great Adventure season, especially if you have small children who always enjoy the holidays. With most of the rides being open and much smaller lines than usual, I would recommend Six Flags Holiday in the park to anyone willing to brave the cold. Again, one thing I do suggest is leaving an extra jacket in the car so that you can grab it if the temperature suddenly plummets the way it does in NJ sometimes. 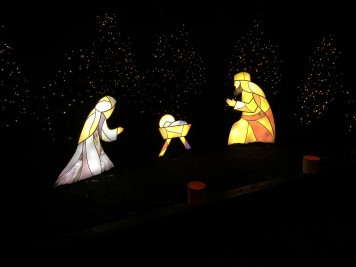 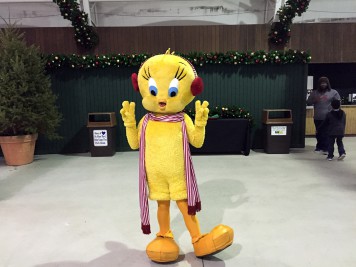 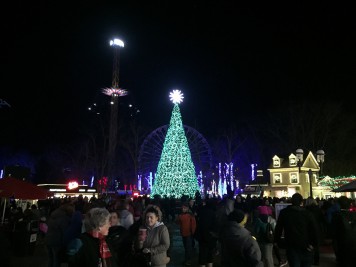 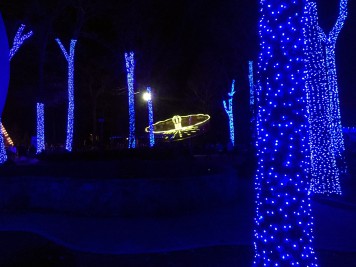 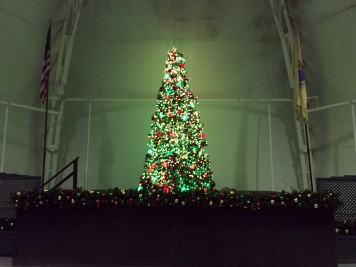 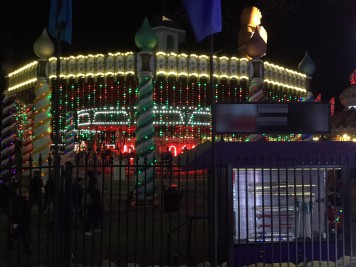 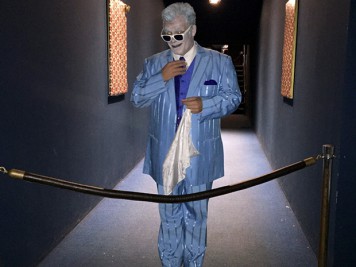 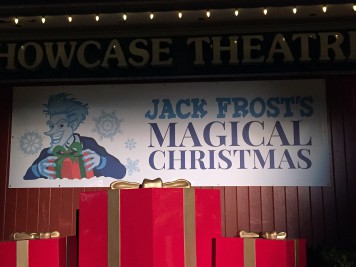 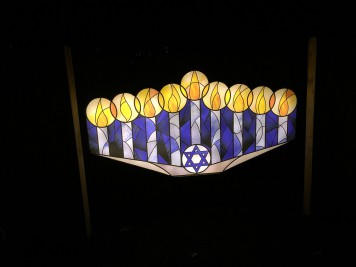 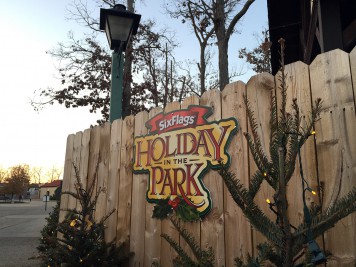 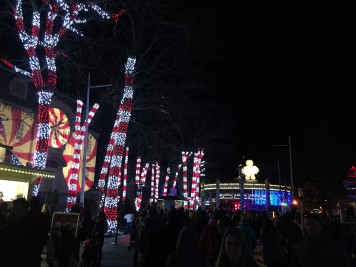 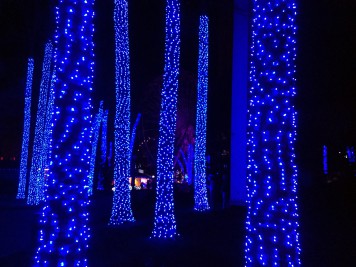 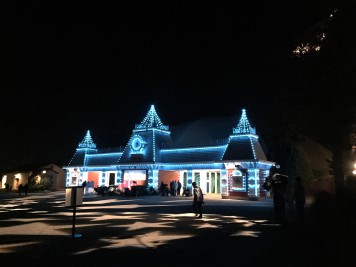 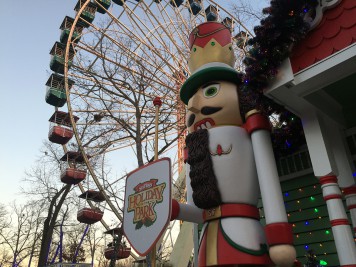