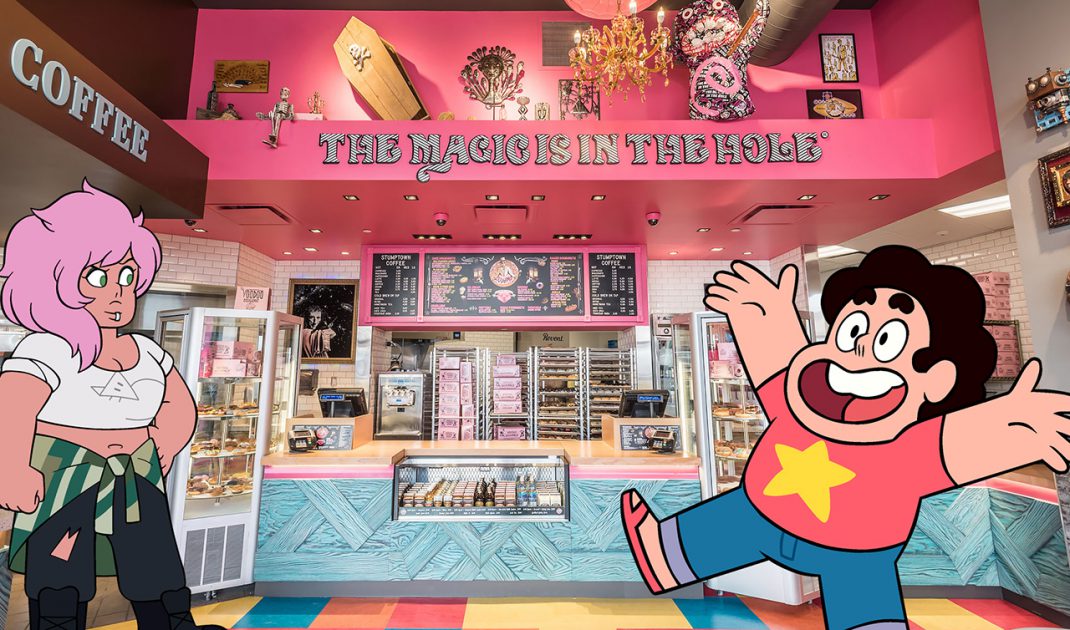 January 17, 2018 – Marking the January 30 release of Steven Universe: The Complete First Season on DVD, Cartoon Network teams up with Voodoo Doughnut for a delectable celebration of the highly popular, Emmy-nominated series. As a tasty tribute to the fan-favorite show, a towering image of Steven Universe will be created with over 800 doughnuts at the Voodoo Doughnut Universal CityWalk location. Voice cast will also be on hand to take part in the delicious tribute.